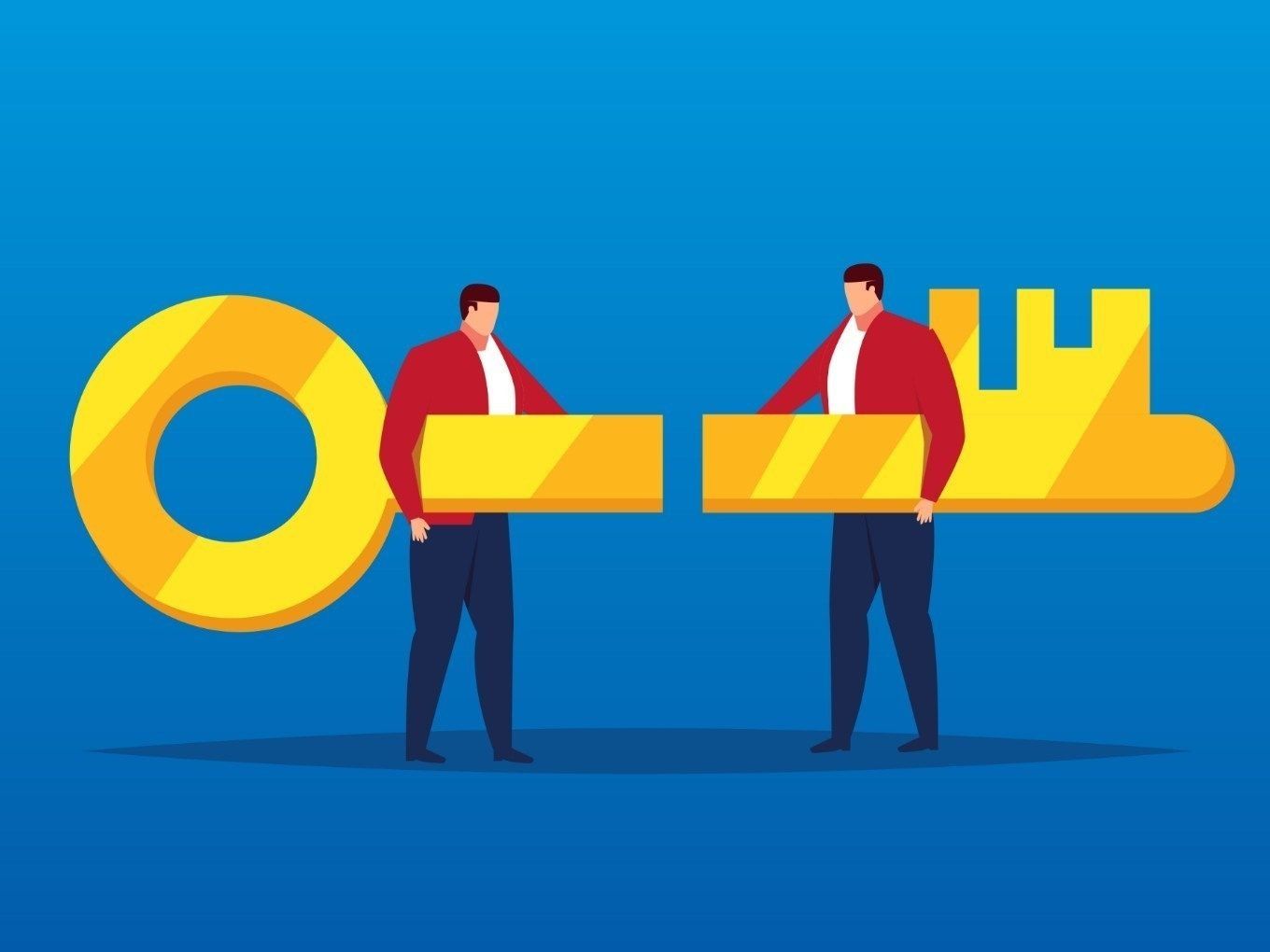 After witnessing a downward trend in M&A activities during the year 2019, the year 2020 would bring about significant, if not better, activity

The regulatory framework has been enhanced with many recent announcements, facilitating increased economic activity

Much like in other jurisdictions, in India too, despite the increasing economic turbulence and geopolitical instability of past years, corporate India remained keen, resilient and remarkably steadfast with occasional peaks and minor bouts of inactivity.

After witnessing a downward trend in M&A activities during the year 2019, both in volume and deal numbers, there was, and continued to be, an expectation that the year 2020 would bring about significant, if not better, activity. The previous financial year 2019-20 closed with an M&A value of $82 billion which is a disheartening decline from the record high of $128 billion in FY 2018-19.

The current financial year began with significantly ruptured normalcy, with the deterioration of the capital markets and with the engines of economic growth ebbing towards a grinding halt resulting from the onset of the Covid-19 pandemic all over the world.

The Government enforced restrictions on carrying on with business in the ordinary course. The Department of Economic and Social Affairs of the United Nations has re-estimated the best and worst-case scenarios for 2020 global output growth on April 01, 2020, at 1.2% and 0.9%, respectively. The above figures are likely to exacerbate if restrictions on movements and economic activities extend beyond the second quarter of 2020.

Before the outbreak of Covid-19, world output was expected to expand at a modest pace of 2.5% in 2020, as reported in the World Economic Situation and Prospects 2020.

According to Grant Thornton India’s April 2020 deal tracker, aggregate M&A and PE deal volumes reported a 37% and 22% fall respectively compared to deal volumes in April 2019 and March 2020. However, its May 2020 deal tracker reported, (excluding of four PE transactions in Jio), a 16% and 25% growth compared with May 2019 and April 2020, respectively.

Irrespective of the sector, all business enterprises are having to revisit their business outlook and are attempting to address concerns regarding the valuation of their enterprise and dealing with the liquidity crunch. Diversified enterprises will see, in addition to the above, an increasing pressure to restructure portfolios and deleverage their balance sheets.

While the broad spectrum of the tech industry, healthcare sector, pharmaceutical sector, insurance, consumer products retail, ecommerce industries could see some significant uptick in M&A activity, if not already during the nationwide lockdown and thereafter, certain other sectors such as the construction industry, automobiles, hospitality, entertainment and aviation sectors, directly impacted by Covid-19 induced economic restraints, could faceless or delayed activity.

It is no secret that some large companies which have excess cash will be on the lookout for reasonably priced deals to possibly expand and/or diversify. A key trend which is likely to pick up is private equity fund houses which are flush with liquidity, joining hands with business enterprises to carry out acquisitions in the days ahead.

While the transactions may not commence/conclude immediately, one could definitely see a marked increase once the moratorium is lifted, and many companies will discover and announce inability/diminished ability to make post-moratorium payments to financial institutions in connection with their financial assistance from lenders. Such a situation would possibly lead to another round of M&A activity.

Regulatory Changes And Its Impact

The regulatory framework has been enhanced with many recent announcements, facilitating increased economic activity including investment and acquisition opportunities which could augur well for many sectors/industries including manufacturing in India.

The Scheme for Promotion of manufacturing of Electronic Components and Semiconductors (SPECS) could see many electronic manufacturing establishments being put into place by asset/business purchases or by joint ventures. With this, every business enterprise would also evaluate their group structures and make an assessment of the restructuring requirements through mergers, demergers, asset/business transfer.

Many business enterprises may also consider consolidation to ensure business continuity. Such a consolidation could majorly be horizontal or a vertical combination which could unlock potential and facilitate exit with higher returns while achieving better economies of scale.

The presence of a suitable regulatory framework, particularly the February 2020 amendment to the Companies Act, 2013 regarding dealing with dissenting minority shareholders is a relief. These recently notified provisions are likely to pave way for many consolidations in corporate India considering the current market conditions.

Expected Changes In M&A Activities In 2020

There are various new considerations for parties participating in either ongoing or proposed M&A transactions. Such consideration ranges from concerns regarding valuations, liquidity crunch at the enterprise level and consequent reallocation of surplus funds etc. to the very idea of proceeding with the transaction itself.

Many business groups with varied interests may introspect on the various business segments that they are engaged in and identify one or more segments amongst them which have not been profitable or sustainable and either shut down or divest the same.

On the other hand, there may be many enterprises with an established presence in certain verticals or geographies which could look at potentially entering into new territories and business segments.

The edtech space in the past few months has seen such developments recently. A ‘decacorn’ that BYJU’s is, which itself has a cadre of marquee investors, has been steadily gearing up for acquiring (i) WhiteHat Jr, a smaller rival of BYJU’s; and (ii) Doubtnut, a two-year-old education learning app which will provide BYJU’s with access to customers from smaller cities and towns across India, whereas its existing market base is primarily in urban Indian cities.

Aakash Educational Services Limited, the national leader in the test preparation sector, which was already in the process of ramping up its entry into edtech segment prior to the onset of Covid-19, recently set up a new subsidiary for accelerating the consolidation of its digital learning segments.

Similar acquisitions can be noted in the ‘essentials’ online grocery delivery startup Bigbasket with the acquisition of milk delivery platform – DailyNinja.

Another trend of acquisition – ‘acqui-hiring’ or acquiring startups primarily for their talent, for business with requirements of emerging skills, particularly in the current market set-up is likely to pick up. Titan recently acqui-hired an IoT Startup — Hug Innovations, for its wearable IoT segment, a market which Titan is keenly pursuing. Similarly, in the ed-tech space, upGrad has acqui-hired CohortPlus, an online community for product managers and data science enthusiasts, with a view to reach a much larger and relevant audience.

The need for expansion and consolidation is not necessarily constrained by geographical boundaries. Recently, BrowserStack, cloud web and mobile testing platform based in Mumbai, acquired Percy, a San Francisco Bay Area-based company, which will be adding newer capabilities to BrowserStack’s product suites, which largely targets the developer market. Such acquisitions help in saving time and go to market faster. Significant traction could also be expected from Indian companies vying for an overseas product, technology and customer acquisition.

Valuations of many global business enterprises are also down to a historical low leading to a scenario where Indian companies like Infosys are exploring acquisitions outside India focused on cloud, data and business platforms as the current situation could offer more of such opportunities.

The immediate effects of the Covid-19 pandemic on the M&A landscape may be quite drastic, however, one can expect that it will precipitate in a change of the existing dynamics in many sectors.