Effective Learning: The Near Future of AI

Effective Learning: The Near Future of AI 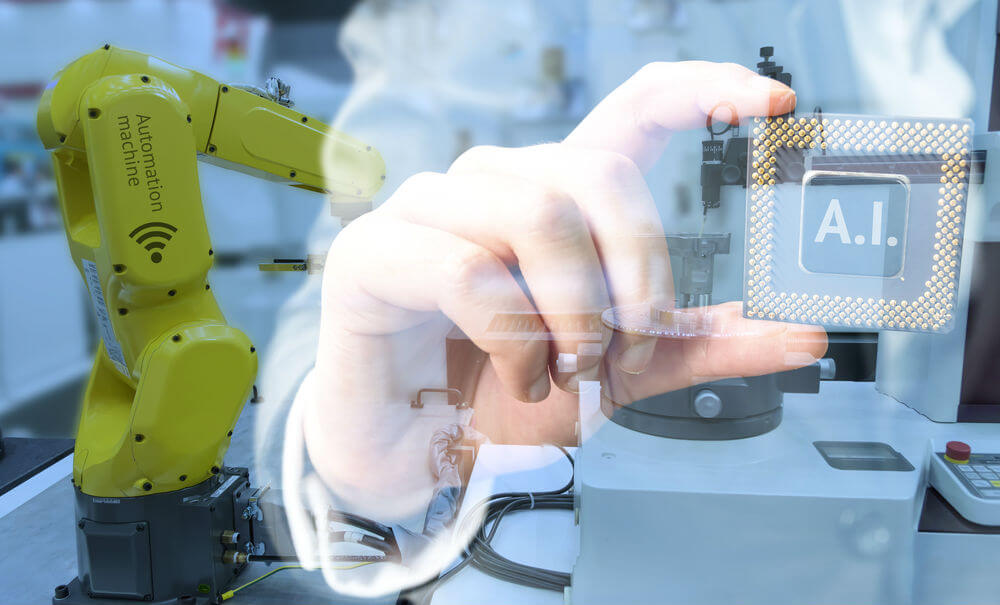 There is certainly no doubt that the ultimate future of AI is to reach and surpass human intelligence. But this is a far-fetched feat to achieve. Even the most optimistic ones among us bet that human-level AI (AGI or ASI) to be as far as 10-15 years from now with skeptics even willing to bet that it is going to take centuries, if even possible. Well, this is not what the post is about.

Here we are going to talk about a more tangible, closer future and discuss the emerging and potent AI algorithms and techniques which, in our opinion, are going to shape the near future of AI.

AI has started bettering humans in a few selected and specific tasks. For example, beating doctors at diagnosing skin cancer and defeating Go players at the world championship. But the same systems and models will fail in performing the tasks different from the ones they were trained to solve. This is why, in the long run, a generally intelligent system which performs a set of tasks efficiently without the need of reassessment is dubbed as future of AI.

But, in the near future of AI, way before the AGI comes up, how will scientists possibly make AI-powered algorithm overcome the problems they face today to come out of labs and become everyday usage objects?

When you look around, AI is winning one castle at a time (read our posts on how AI is outpacing humans, part one and part two). What could possibly go wrong in such a win-win game? Humans are producing more and more data (which is the fodder that AI consumes) with time and our hardware capabilities are getting better as well. After all, data and better computation are the reasons Deep Learning revolution started in 2012 right? The truth is that faster than the growth of data and computation is the growth of human expectations. Data Scientists would have to think of solutions beyond what exists right now to solve real-world problems. For example, image classification as most people would think is scientifically a solved problem (if we resist the urge to say 100% accuracy or GTFO).

We can classify images (let’s say into cat images or dog images) matching human capacity using AI. But can this be used for real-world use cases already? Can AI deliver a solution for more practical problems humans are facing? In some cases, yes, but in a lot of cases, we are not there yet.

We’ll walk you through the challenges which are the main roadblocks for developing a real-world solution using AI. Let’s say you want to classify images of cats and dogs. We’ll be using this example throughout the post.

Our example algorithm: Classifying the images of cats and dogs

The graphic below summarizes the challenges:

Let us discuss these challenges in detail:

To make AI immediately usable, the idea is to solve the aforementioned challenges by a set of approaches called Effective Learning (please note that it is not an official term, I am just making it up to avoid writing Meta-Learning, Transfer Learning, Few Shot Learning, Adversarial Learning and Multi-Task Learning every time). We, at ParallelDots, are now using these approaches to solve narrow problems with AI, winning small battles while gearing up for more comprehensive AI to conquer bigger wars. Let us introduce you to these techniques one at a time.

Noticeably, most of these techniques of Effective Learning are not something new. They just are seeing a resurgence now. SVM (Support Vector Machines) researchers have been using these techniques for a lot of time. Adversarial Learning, on the other hand, is something came out of Goodfellow’s recent work in GANs and Neural Reasoning is a new set of techniques for which datasets have become available very recently. Let’s deep dive into how these techniques are going to help in shaping the future of AI.

As the name suggests, the learning is transferred from one task to the other within the same algorithm in Transfer Learning. Algorithms trained on one task (source task) with larger dataset can be transferred with or without modification as a part of algorithm trying to learn a different task (target task) on a (relatively) smaller dataset.

In Multi-Task Learning, multiple learning tasks are solved at the same time, while exploiting commonalities and differences across tasks. It is surprising, but sometimes learning two or more tasks together (also called main task and auxiliary tasks) can make results better for the tasks. Please note that not every pair or triplet or quartet of tasks can be considered auxiliary. But when it works, it is a free increment in accuracy.

For example, at ParallelDots, our Sentiment, Intent and Emotion Detection classifiers were trained as Multi-Task Learning which increased their accuracy compared to if we trained them separately. The best Semantic Role Labelling and POS tagging system in NLP we know is a Multi-Task Learning System, so is one of the best systems for semantic and instance segmentation in Computer Vision. Google came up with multimodal Multi-Task Learners (One model to rule them all) that can learn from both vision and text datasets in the same shot.

A very important aspect of Multi-Task Learning that is seen in real-world applications is where training any task to become bulletproof, we need to respect many domains data is coming from (also called domain adaptation). An example in our cat and dog use cases will be an algorithm that can recognize images of different sources (say VGA cameras and HD cameras or even infrared cameras). In such cases an auxiliary loss of domain classification (where the images came in from) can be added to any task and then the machine learns such that the algorithm keeps getting better at the main task(classifying images into cat or dog images), but purposely getting worse at the auxiliary task (this is done by backpropagating the reverse error gradient from the domain classification task). The idea is that the algorithm learns discriminative features for the main task, but forgets features that differentiate domains and this would make it better. Multi-Task Learning and its Domain Adaption cousins are one of the most successful Effective Learning techniques we know of and have a big role to play in shaping the future of AI.

Adversarial Learning as a field evolved from the research work of Ian Goodfellow. While the most popular applications of Adversarial Learning is no doubt Generative Adversarial Networks (GANs) which can be used to generate stunning images, there are multiple other ways this set of techniques. Typically this game theory inspired technique has two algorithms a generator and a discriminator, whose aim is to fool each other while they are training. The generator can be used to generate new novel images as we discussed, but can also generate representations of any other data to hide details from discriminator. The latter is why this concept is of so much interest to us.

This is a new field and the image generation capacity is probably what most interested people like astronomers focus on. But we believe this will evolve newer use cases too as we tell later.

The domain adaptation game can be bettered using the GAN loss. The auxiliary loss here is a GAN system instead of pure domain classification, where a discriminator tries to classify which domain the data came from and a generator component tries to fool it by presenting random noise as data. In our experience, this works better than plain domain adaptation (which is also more erratic to code).

Few Shot Learning as a field is seeing an influx of papers in all major Deep Learning conferences and there are now specific datasets to benchmark results on, just like MNIST and CIFAR are for normal machine learning. One-shot Learning is seeing a number of applications in certain image classification tasks such as feature detection and representation.

There are multiple methods that are used for Few Shot learning, including Transfer Learning, Multi-Task Learning as well as Meta-Learning as all or part of the algorithm. There are other ways like having clever loss function, using dynamic architectures or using optimization hacks. Zero Shot Learning, a class of algorithms which claim to predict answers for categories that the algorithm has not even seen, are basically algorithms that can scale with a new type of data.

Meta-Learning is exactly what it sounds like, an algorithm that trains such that, on seeing a dataset, it yields a new machine learning predictor for that particular dataset. The definition is very futuristic if you give it a first glance. You feel “whoa! that’s what a Data Scientist does” and it is automating the “sexiest job of 21st century”, and in some senses, Meta-Learners have started to do that.

Meta-Learning has become a hot topic in Deep Learning recently, with a lot of research papers coming out, most commonly using the technique for hyperparameter and neural network optimization, finding good network architectures, Few-Shot image recognition, and fast reinforcement learning.

Some people refer to this full automation of deciding both parameters and hyperparameters like network architecture as autoML and you might find people referring to Meta Learning and AutoML as different fields. Despite all the hype around them, the truth is that Meta Learners are still algorithms and pathways to scale Machine Learning with data’s complexity and variety going up.

Most Meta-Learning papers are clever hacks, which according to Wikipedia have following properties:

The subsystem basically is a setup that adapts when meta-data of a domain (or an entirely new domain) is introduced to it. This metadata can tell about increasing number of classes, complexity, change in colors and textures and objects (in images), styles, language patterns (natural language) and other similar features. Check out some super cool papers here: Meta-Learning Shared Hierarchies and Meta-Learning Using Temporal Convolutions. You can also build Few Shot or Zero Shot algorithms using Meta-Learning architectures. Meta-Learning is one of the most promising techniques which will help in shaping the future of AI.

This new set of techniques is coming up after the release of Facebook’s bAbi dataset or the recent CLEVR dataset. The techniques coming up to decipher relations and not just patterns have immense potential to solve not just Neural Reasoning but also multiple other hard problems including Few Shot learning problems.

Now that we know what are the techniques, let us go back and see how they solve the base problems we started with. The table below gives the snapshot of the capabilities of Effective Learning techniques to tackle the challenges:

This post by Parth Shrivastava first appeared on ParallelDots blog and has been reproduced with permission.