Ease Of Doing Business From A MSME Perspective

Ease Of Doing Business From A MSME Perspective

Along with protection for workers, reforms in labour laws must lead to opportunities for the industry in terms of engagement of workers 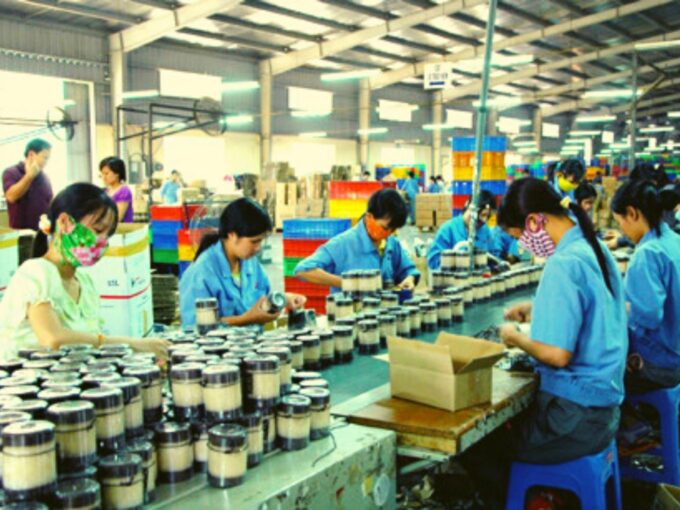 With India’s ranking jumping 79% in the World Bank’s ‘Ease of Doing Business Rankings’ in the last four years, the world’s fastest-growing economy is finally gaining acceptance as an ideal destination for setting up business or manufacturing base. The government has introduced a number of business-oriented reforms and cut red tape in the last few years that have allowed India to climb rapidly and break into the list of top 100 nations.

The target from here should be to become a part of the coveted top 50.  Commenting on this achievement, the World Bank had said “India’s impressive progression in the Doing Business rankings over the past few years is a tremendous achievement, especially for an economy that is as large and complex as India’s. Special focus given by the top leadership of the country, and the persistent efforts made to drive the business reforms agenda, not only at the central level but also at the state level, helped India make significant improvements,”

This has been an exceptional feat achieved by a country as large as India and the ease of doing business has also favourably impacted the sector that is unanimously considered as the backbone of the Indian Economy-the MSME sector. However, a lot more needs to be done to ramp up the contribution of this sector to the economy.

Ease of doing business is predominantly crucial for the MSME sector that can lead India’s economic growth and generate employment for millions across the country and contributes about 30% to the country’s GDP.

To take the leap from the current 63rd ranking to within top 50, the government, along with other stakeholders from the ecosystem will have to work more towards addressing the pressing needs at the grassroots level which is represented by MSMEs.

The government of India has of late, made several announcements to bring changes in policies to promote the MSMEs and make their operations comparatively easier but, in spite of these changes and improvements and the overall jump achieved in the Ease of Doing Business Index, Indian MSMEs still continue to grapple with many issues that are preventing them from realising their full potential.

India still lags in areas such as enforcing contracts (163rd) and registering property (154th). It takes 58 days and costs on average 7.8% of a property’s value to register it, longer and at a greater cost than among OECD high-income economies. And it takes 1,445 days for a company to resolve a commercial dispute through a local first-instance court, almost three times the average time in OECD high-income economies.

There are many other constraints and policy concerns with respect to the availability of credit and its high cost, the requirement of seeking multiple registrations and approvals, higher taxation with cumbersome procedures, complicated and archaic labour laws and inadequate infrastructure etc. which need urgent attention of the Government and other authorities to bring in real Ease of Doing Business for the MSME Sector.

Ease In Approvals And Registrations, A Single Window Clearance

Single window service should be set up to give clearance for all the permissions to ensure faster and efficient action and decision-making along with contract enforceability and other legal reforms, flexible labour laws and reforms like digitizing land records, building new industrial infrastructure and making available Land for setting up new enterprises in the MSME Sector.

The government efforts for codification of 44 Central labour laws into 4 codes – pertaining to Wages, Industrial Relations, Social security and Welfare and Safety and Working conditions in order to simplify and ease in filing documents is a major step forward. However, along with protection for workers, reforms in labour laws must lead to opportunities for the industry in terms of the engagement of workers. MSMEs are presently constrained by a complicated regulatory environment and labour market rigidities which impact the ease of doing business for MSMEs and limits their growth potential.

Ease Of Credit And Finance

According to the International Financial Corporation (IFC), the credit need of the Indian MSME sector stands at approximately Rs. 32.5 trillion. Despite this huge demand, out of 63.3 million existing MSMEs across India, less than 5 million have access to formal credit. A dismal reality that can be changed with easing of credit availability to the MSME Sector particularly for the Micro enterprises. Further, the cost of credit is high in India which should be substantially reduced by passing on the entire reduction in Repo Rates announced by the Reserve Bank of India over the last one year.

One-time restructuring of loans is required as it will not only help the struggling MSMEs by giving them a new lifeline but would also help them to restructure their operations and grow in the future without bothering for the problems of the Bank over dues. They can raise the necessary funds/finances in view of an improved balance sheet after the restructuring, which would eventually contribute to economic growth.

While the government has made several announcements towards resolving the issue of delayed payments, the actual problem still persists and a huge amount is overdue to be realised by the MSMEs from their buyers including Government and PSUs. This needs an immediate resolution to bring in real change in the ease of business of MSMEs.