Doing Too Many Things? Hold Your Horses!

Doing Too Many Things? Hold Your Horses!

Building a large profitable business is akin to winning a marathon, not a sprint. 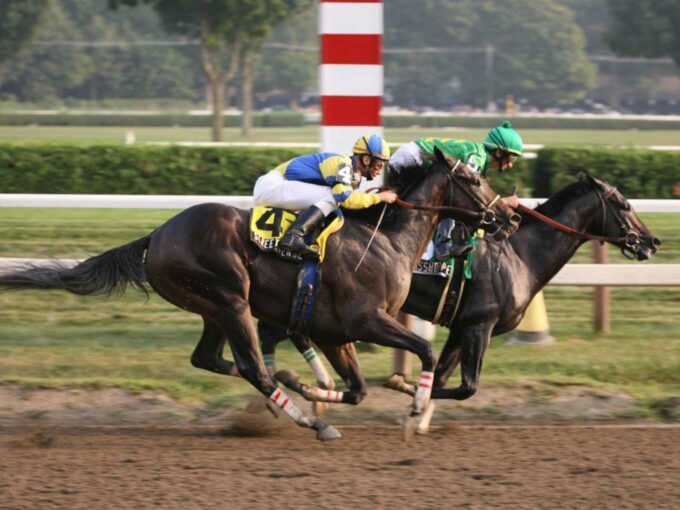 In first leg of the Second World War, Germany made great victories in pretty much all of Europe in a very short span of time. The whole world was stunned by their speed. The Germans adopted a tactic of warfare called the Blitzkrieg, meaning “lightning war”.
It was a method of launching an offensive which was designed to strike a sudden blow at an enemy using fast moving armed forces on the land coupled with air strikes (using the hugely feared Luftwaffe bombers), followed up by opening up of multiple battle fronts against the enemy — all in a quick succession.
As the war progressed and allies caught up to their tactics, German generals and army were out of original ideas and resources to even wage the war further, let alone win it.

The ability to execute fast is the single biggest advantage any startup has over incumbents.

Until that very same advantage starts to slow you down.

Quick note: all the insights that follow hereon are based on lessons learned while building and scaling a mid-market SaaS company (WebEngage) for over 8+ years. Most of the advice below is for companies/teams in their growth stage. Please apply this context for your takeaways.

Speed is addictive. When your startup is in the speedy execution mode and winning on all fronts, it is very easy to get carried away and give in to the temptation of doing more. More people, more markets, more products, more offices .. basically more of everything. Most founders and teams realize this only after making the mistake — it’s not the more that slows you down, it’s everything.

We build teams to win. As teams grow, wins become more and more diverse in nature — some win by winning customers, some win by building software, some win by organizing more conferences and some win by hiring more people for the company. Each of these are wins in their own ways.

While none of these wins are destructive in nature, the sum total of these wins will never always be additive, leading to a vector sum instead of a scalar sum. Over time, the net effect of these siloed wins keeps reducing in quantum thereby leading the organization to slow down.

As a startup grows, most of the above mentioned is unavoidable. There’s a good amount of material available all over the internet on how organizations try to solve this with an OKR driven approach [wiki]. It’s a great way to align teams on their key objectives and reward good behaviour. Sometimes, it also ends up creating teams that are ready with solutions looking for problems.

Focus is a rare human skill in today’s time. And the noise we invite in our everyday life for the lack of it, takes away all the time that one would otherwise spend on deep thinking or ruthless execution. Thanks to devices taking over our lives — we are constantly reminded of the latest whiz kids making news, or, the news of action/inaction from the competition, or, tonnes of macro and microeconomic analysis, and of course all sort of gossip in general.

The fear of missing out is such, that nobody wants to be left behind. To be “on the top of our game”, we invite these distractions in our lives. Most of our ideas around what next or what more are filtered streams of thoughts stemming from this noise.

In all of this, we forget that noise is what it is. Just noise.

Most successful teams that continue to grow fast at scale have this uncanny ability to remain laser focused and noise proof at all times. Their default answer to pick one more problem statement is simple — NO. It doesn’t matter what problem statement you are talking about. Let me list down some that we encounter in our daily lives:
a. “Let’s hire more people.” No.
b. “Let’s copy that feature from competition.” No.
c. “Let’s revamp our marketing website.” No.
d. “Let’s add this library to our core repository.” No.
e. “Let’s change our product name.” No.
f. “Let’s open up a new market segment.” No.

Don’t get me wrong. You might very well end up doing one or more of the above. I am trying to highlight that the reason you or your company isn’t growing fast enough is none of the above. It is usually because you or your generals and their armies are ill-prepared who tend to think that opening up a new front and launching another full assault is THE only way to win. Blitzkrieg can win battles, not wars.

Building a large profitable business is akin to winning a marathon, not a sprint. To win this marathon, you don’t need to do more of new things all the time. Instead, you need to do more of what you are already doing and take those things to the finish line instead of leaving them midway. Of course, all of this only holds true until you haven’t hit a ceiling on its potential. If that has happened, you have bigger issues at hand.

Problem statements for growth (across product, engineering, sales, marketing, operations etc) should be vigorously debated for merit amongst the right stakeholders and shouldn’t be based on shallow research.

The longevity of the solution along with its continuity planning should be the key metric to decide if the person advocating to build a solution is the right person to do so. Once the problem statement is acknowledged, and a general is appointed, it should become a matter of life and death for teams to align and see the mission to success or failure before they even think of anything else.

That’s not how things go, right?

Because it’s a very difficult thing to do. As we battle distractions in the team and a pressure to deliver returns (in case of venture-backed startups) in a predefined time window, doing more of new things is almost an accepted way for startups to grow. If 15+ years of my startup work experience is anything to go by for advice, please resist that urge.

It’s a hard thing to do and it takes a toll on you. I have aged faster in trying to make my teams adapt to this way of functioning at WebEngage. As you can imagine, it means playing twice the role of a mentor to my leadership and through them to an entire team — educating each one on how to commit and seize the opportunity upon saying a YES, and how to go about saying a NO with compassion and transparency.

Staying focused on the task at hand should be one of the core values for a company, thereby defining its culture code too.

In the long term, this helps in #1. building frameworks and processes to decide what’s THE most important thing to do at any given time for different teams with clear mechanisms on deciding when to call it a victory or quits; #2. keeping teams laser-sharp and focused on building robust solutions to these problems instead of picking up or inventing new problems all the time.

Let’s mentor our teams to think original by going deep first and broad later. It will help build a big enough talent pool that’d prefer asking the right questions over too many questions. And then, all of us will win.

{The article was first published on Medium and has been reproduced with permission.}