Digital Trends Set To Transform How Indians Consume Content In 2020

Digital Trends Set To Transform How Indians Consume Content In 2020

India's entertainment industry was worth an estimated INR 1.6 Tn in 2019 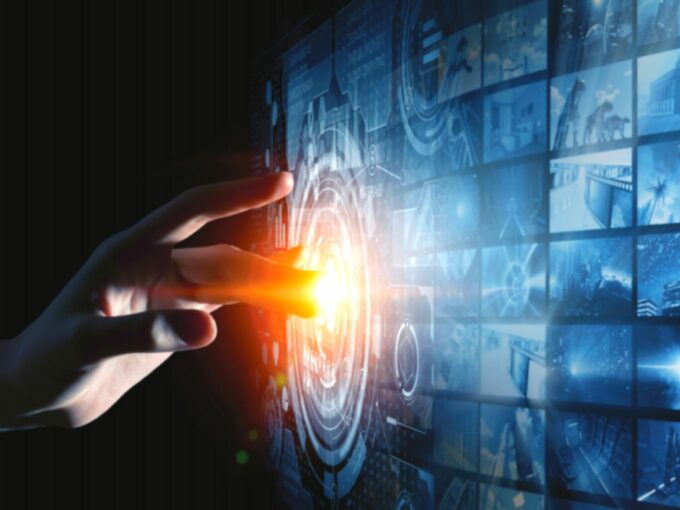 The media and entertainment industry has always been at the cutting-edge of technological advancement and development. Over the last several decades this trend has only accelerated, with the digitisation of content spearheading this evolution.

Nowhere is this change more apparent than in India, where the media landscape has undergone a radical transformation that has transformed it into one of the largest, and most lucrative, markets for entertainment in the world.

According to the eleventh annual edition of KPMG in India’s Media & Entertainment (M&E) report, aptly dubbed ‘India’s digital future: Mass of niches’, the nation’s entertainment industry was worth an estimated INR 1.6 Tn in 2019. This figure represents a year-on-year growth of 13 %, with a compounded annual growth rate (CAGR) of 12% between 2015 and 2019.

India, therefore, stands as the fastest-growing M&E market in the world – and it’s just getting started. This meteoric growth is visible across virtually every segment of the industry and has resulted in the emergence of a number of key trends.

The Rise Of Mobile Streaming

The video streaming industry is estimated to grow at a CAGR of 22%, to reach INR 1 Bn by 2023. This represents the highest growth rate among all segments in the M&E industry. Driven by massive improvements in bandwidth connectivity and availability, increasingly affordable smart devices, and mobile data that’s amongst the cheapest in the world, India’s vast population has finally begun to join the digital revolution.

As a result, with plenty of room to grow. Much of this shift can be attributed to the 2016 launch of Reliance Industries’ game-changing Jio network, whose affordable pricing sparked a price race to the bottom between the nation’s data providers. The primary beneficiaries of this were India’s rural population, who were finally granted access to a plethora of cheap, reliable data plans. And the end result? An insatiable hunger for digital video content.

India’s urban population is always on the move, with vast swathes of the population spending hours on their daily commute to and from work. As a result, streaming in India has evolved into a predominantly mobile-dominated activity. This state of affairs has only been further reinforced by the cheap and ubiquitous nature of data, allowing vast volumes of content to be streamed and downloaded on the go.

Well aware of the Indian consumer’s preference for consuming content through their phones, mobile operators such as Jio, Airtel, and Vodafone-Idea have been quick to partner with various OTT services. Premium data plans offer free subscriptions to these platforms, with certain operators even choosing to bundle their own streaming service as part of the deal.

OTT services have also been quick to adapt to this situation, customising their plans to suit the needs of the many. 2019 saw Netflix launch a mobile-only version of its streaming service – an Indian-exclusive plan – available at a substantially lower monthly subscription. More are sure to follow.

With the vast majority of India’s English-speaking populace already digitally engaged, these new users are set to come from regional language markets across the nation. Comprised of viewers from Tier 2, 3, and 4 cities, they come with a pre-existing set of preferences and tastes in entertainment. Companies willing and able to meet these needs are presented with a tremendous growth opportunity.

Of particular importance are vernacular languages and localised content and solutions. Faced with this pressing demand, streaming companies both international and local have committed themselves to produce original IPs and hyperlocal regional content that caters to specific target markets and audiences.

In direct competition to global streaming giants such as Netflix and Amazon Video are a vast array of local contenders, many of whom have the expertise and depth of programming to pose a serious challenge. Hostar, now part of the wider Disney family, has a massive user base of 300 million monthly users, in addition to holding exclusive streaming rights for the wildly successful Indian Premier League cricketing tournament.

Viacom18’s VOOT, the Essel Group’s Zee5, and Sony India’s Sony Liv are other major competitors, even as they fight to maintain their position amongst two dozen other contenders on the scene.

All of these platforms need a constant stream of content with which to populate their service and attract new customers. The result is a massive influx of funds dedicated to creating original content for the Indian consumer.

Since it entered the Indian market in 2016, Netflix has launched a wide array of original series and films driven by local talent. Bollywood producers and filmmakers such as Karan Johar and Ronnie Scewvala have been hired, and production companies such as Johar’s Dharma Productions, actor Ajay Devgn’s Ajay Devgn Films (ADF), and superstar Shahrukh Khan’s Red Chillies Entertainment have all inked deals.

Not to be outdone, Amazon has signed long-term contracts with production houses such as Yash Raj Films, Dharma Production, Salman Khan Ventures, and T-Series. These tie-ups have already begun to pay dividends – in addition to attracting an ever-wider viewing audience, shows such as Sacred Games and Lust Stories have received widespread critical acclaim and even received nominations at the International Emmy Awards 2019.

The Shift From Consumer To Creator

As technology has advanced, the dividing line between content consumer and content creator has become increasingly blurred. Much of this shift has been driven by new media channels and the vast audience they provide access to.

Instagram and Facebook have given rise to a generation of influencers, who boast dedicated fan followings numbering in the millions and endorsement deals with global brands. Youtube has given rise to creators such as PewDiePie while streaming platforms such as Twitch and Mixer boast gaming celebrities of their own with Ninja and Shroud.

The ease with which these platforms can be accessed, and the success of these individuals, have combined to transform a generation of passive consumers into active creators. After all, all that’s needed to create content and begin amassing followers is a smartphone, access to the internet, and a social media account.

As this phenomenon has grown, new platforms such as video-sharing app TikTok and online multiplayer battle royale game PUBG have entered the fray, further simplifying the ability to reach mass audiences. TikTok has become especially popular in India due to its ease of accessibility and use, with Indian users spending over 5.5 Bn hours on the app in 2019.

The emergence of so many new viewing options has polarised the ecosystem into two distinct streams. On the one hand are premium subscription services that offer high-quality, long-form content in the shape of TV shows and movies. Consisting of services such as Netflix and Amazon Video, these platforms are a continuation of the traditional viewing experience offered by linear TV, updated for the era of smart devices.

In direct opposition to this is the development of the shorter, vertical, bite-sized pieces of the content offered by TikTok and the like. Created and curated by the public at large, they offer creative minds a platform through which they can express themselves. The end result is a delicately balanced form of co-existence, in which these methodologies act as complementary forces – with professionals populating the former and content-creators the latter.

And while this trend may fade in the years to come, it won’t be long before a new champion takes the crown and captures the nation’s imagination.