Has India Missed An Opportunity Of Reducing Its Financial Stress?

Has India Missed An Opportunity Of Reducing Its Financial Stress?

The betting market in India is worth at least INR 3 lakh crores; interestingly, 80% of which is cricket betting 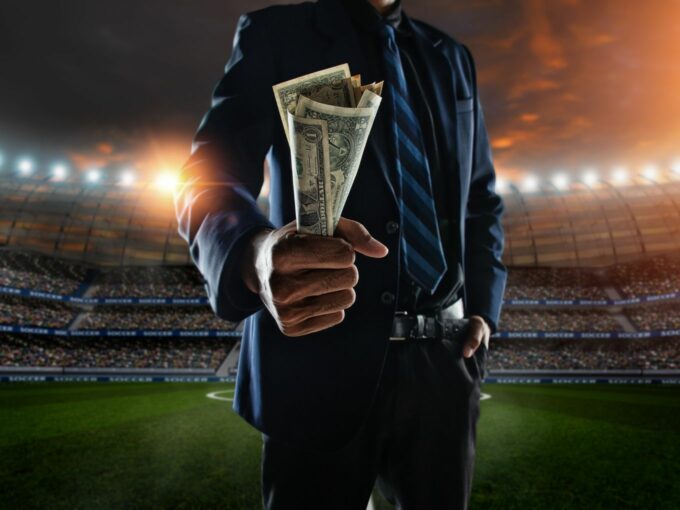 With the pandemic on the rise, the Indian economy is crumbling with each passing day. The central government observed a huge decline in the revenues and it seems that the situation will only worsen with time.

According to the Asian Development Bank, the GDP growth rate of India will shrink from 4.2 % in 2019 to minus 4% in 2020. This simply means that there will be a drop in income as well as loss of employment.

The reasons for this are twin-fold; firstly, to slow down the spread of the Covid-19 virus, the authorities have adopted a stringent mode of action in the form of lockdown which resulted in the curtailment of most business activities as well as the erratic movement of raw material leading to the massive slide in the anticipated revenue generation from all economic sectors.

The movement of migrant workers to their hometowns saw a steep fall in the manufacturing industry. Some specific sectors like aviation, tourism, event management, hotels, hospitality, etc. are on the verge of collapse. To add to the woes, as per reports, nearly 2 crores people have already been laid off. Secondly, there has been heavy-spending by the Central Government as well as state governments not only to boost up the healthcare system but also to support the migrant labourers, low-income households, and small businesses.

According to the Solicitor General of India, 91 lakh migrant labourers have been transported through trains and buses. Further, the Defence Minister, recently announced a much-debated mega corona relief package of INR 20 lakh crores (10% of the GDP), out of which INR 1.7 lakh crore was devoted to providing free food grains and cash to poor women and elderly. Also, INR 3 lakh crores collateral-free loan scheme was provided for MSMEs.

Owing to this economic slowdown due to the ongoing lockdown, it is imperative that the Central government should have considered all the helping hands to strengthen the economy post the Pandemic and speed up the infrastructure work for upcoming foreign investments due to global anti-China sentiments.

Though there are some avenues that have benefitted from the present Covid crisis and there are also some industries which have mushroomed from anonymity (like PPE industry). But we are focussing on one such industry which has never been tapped by the government viz. sports betting. Sports betting as per definition excludes e-gaming, card games, casinos and lottery and primarily include only outdoor sports. According to Economic Times, the betting market in India is worth at least INR 3 lakh crores; interestingly, 80% of which is cricket betting.

Betting in sports other than horse racing currently is illegal throughout the nation. The law distinguishes sports in two broad categories – “games of skill” and “games of chance”. The Supreme Court of India, while analysing the law on gambling in the context of horse racing stated that horse racing is a game of skill and not a mere game of chance as it is a systematic sport that requires complete knowledge about the horse, jockey, trainer and race. However, in spite of being a game of skill there is no favourable precedent in favour of Cricket betting.

The Constitution of India entrusts the state legislatures with the power to enact their own laws for betting and gambling. As many as 14 States/Union Territories have passed enactments adopting the Public Gambling Act, 1867 as it is while others have resorted to enacting their own gambling laws.

The archaic Public Gambling Act prohibits public gambling as well as the keeping of common gaming-houses. This act provides for a maximum fine of INR 600 and a maximum punishment of 1 year in case of imprisonment. Some states like Maharashtra and Tamil Nadu have enacted their own legislation for gambling.

However, all these enactments are limited for the brick and mortar premises and do not expressly cover online betting. On the contrary, the state of Telangana has a policy of zero-tolerance against gambling and has expressly prohibited both online and offline gambling as a whole. Although, the north-eastern states of Sikkim and Nagaland have attempted to regulate online sports betting through a licensing system but there are no reports that affirm their success. Furthermore, currently, there is no legitimate Indian Company which is running an online sports betting portal.

The issue of legalising betting in sports is not novel like the Coronavirus and was elaborately discussed in several judicial committees. The Mudgal committee was a 3-member probe committee that was appointed in the year 2013 to look into the allegations of betting and spot-fixing in IPL. This committee majorly recommended the revamping of BCCI but it paved way for its successor, the Lodha Committee.

This committee, formed in 2015, thoroughly investigated the issue of betting and thereby recommended to legalise the same in the cricketing world. In 2018, the Law Commission of India has submitted its recommendation to the government for legalizing sports betting in India under strict regulatory control by inferring that since it’s almost impossible to totally ban cricket betting in India; regulating cricket betting and gambling under stringent laws is the appropriate recourse.

As per the 2016 report of the Doha based International Centre for Sports Security, the Indian illegal betting market accounted for $150 Bn per year. Astonishingly, this includes $200 Mn bets on every ODI match played by the Indian Cricket team. The current scenario of cricket betting can be understood through India’s latest Unicorn – “Dream11”, a start-up involved in legitimate skilled based sports betting. The fact that the company’s revenue increased from INR 224.64 crore in 2018 to 775 crores in 2019 indicates the willingness of people to wage their money. In a country which considers, Cricket as a religion it is often said if you cut any fan’s veins, he won’t bleed red but blue.

Now when the cash-rich IPL 2020 in UAE has begun and a startup like Dream11 has won the Title Sponsorship for the event against some well-established industrial players in India Inc.; the cricket betting industry is expected to skyrocket once again.

As per Broadcast Audience Research Council (BARC) India, viewership data, 462 Mn viewers watched IPL 2019 and the reach of the tournament was up 12% compared to the previous season.

The viewership of IPL this year is expected to be very high considering people are hungry for live sports and there are no movie releases in theatres to distract viewers from IPL. Though in India, betting is often seen with bewildering eyes, it will be shocking to know that Cricket betting is legal in 5 out of the 10 countries that played the last ICC 2019 Cricket World Cup!

In this light, hasn’t the government missed a golden opportunity to legalise sports betting to generate the much-needed revenue and cover some of its revenue loss due to the ongoing pandemic? The current crisis shows that there would have been no better time to legalise sports betting for the government, which is evidently crippling to raise revenue from taxes and also to prevent unemployment. As per estimates, the revenue generated from sports betting is sufficient to fund the entire Defence Budget requirements of our country in a fiscal year.

Apart from the generation of revenue, there will be the generation of employment, reduction of government expense in prosecuting crimes related to sports betting and also protection of vulnerable members of the community who are at the mercy of the police in such cases. Therefore, after the regulation of sports betting, the participants can easily approach the court and put forth their claims in case of cheating or fraud.

However, legalising the betting industry is not enough. There should be proper mechanisms to supervise this shadily-operating racket. The following policy changes and safeguards may be adopted to regulate the cricket betting industry-

The article was co-authored by Siddharth Tatiya, advocate and founder at Law Mansion and Manasi Singh, virtual intern at Law Mansion