How to Design Wearable Technology That Literally Saves Lives

How to Design Wearable Technology That Literally Saves Lives

These Days, Everyone Is Obsessed With Wearable Technology 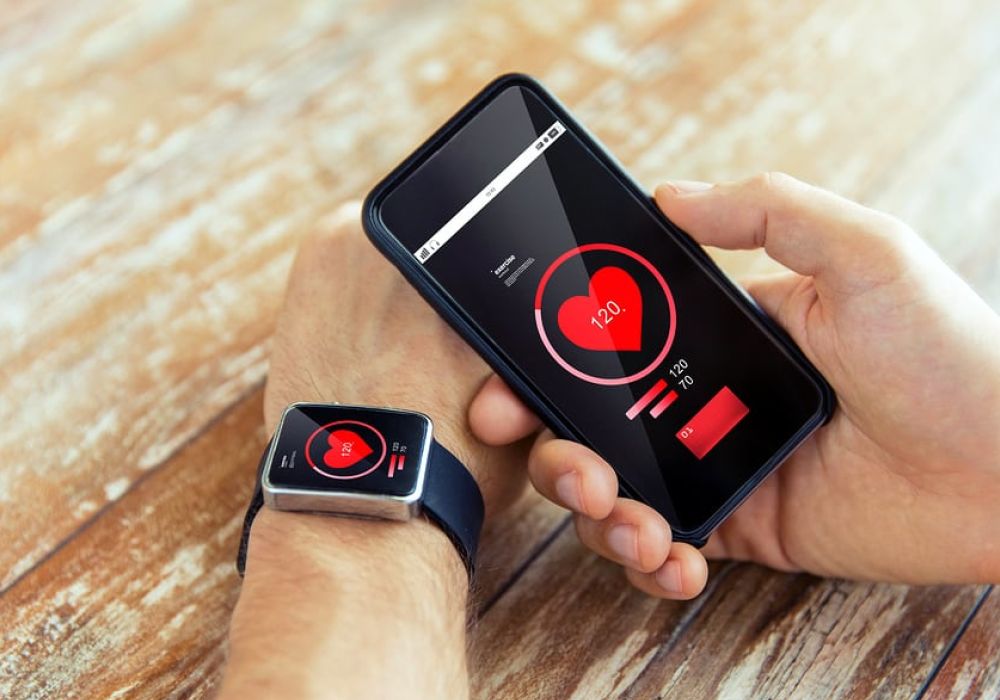 These days, everyone is obsessed with wearable technology. We have fitness trackers and smartwatches that remind us to take a deep breath, move around if we’ve been stationary for too long, and tell us how many active minutes we’ve racked up during the day. Many people are addicted to them, feeling naked without them — as if the steps they took without their wearable don’t actually count.

Our current wearables already monitor our vital signs throughout the day and keep us informed about some of our bodies’ inner-workings. By now, we’ve all read the story about the woman who realised she could be pregnant when her Fitbit’s heart rate readout was consistently elevated. But some of the more health-minded entrepreneurs in the world have adapted wearable technology for a very meaningful purpose: helping to save lives.

Wearables track our vital statistics, which can help save lives.

We took a look at some of the most incredible devices out there and how they’re being used to help people take charge of their health and wellness in an effort to show designers what they can learn from the scientific advances currently happening across the globe. The possibilities in this arena are basically endless and we think this opens up a whole new world for designers interested in learning how to create amazing wearable technology.

Brush Up On Medical Technology — Or Get a Medically-Trained Partner

Many mobile app designers would be leery of venturing into the medical aspect of wearable technology — and for plenty of valid reasons. We didn’t score particularly high marks in biology, nor do we understand how disease works on a cellular level, so what business do we have designing wearables that are based upon that kind of information?

Well, designers like us have the technical knowledge necessary to create such things, even if we’re a little lacklustre in the science department. But if you were better biology students than we were, maybe dive back into some research and study recent medical advances. Go to some lectures in areas of special interest to you and focus on helping one group of people.

A good place to start would be with an affliction that hits close to home for you. Does diabetes, heart disease, or breast cancer run in your family? Unfortunately, there are a lot of possibilities here, but you’re more likely to stick to your cause if you’re personally invested in the topic and if you know someone who could possibly benefit from the wearable technology, which is why we suggest doing so.

But if you’re clueless about all things medical, it would behoove you to get a solid partner in your corner. You can focus on design and prototyping while your teammate brings the crucial scientific knowledge to the table. This is also a strategic decision when it comes to testing, as they may have access to researchers with interest in such devices and maybe even testing facilities and resources.

Develop Wearables that Work On A Cellular Level

This is another one you’ll probably need a scientist’s help on if you aren’t a biology wiz in your own right. New technology is being developed that literally detects changes in body parts on a cellular level, which basically screams for wearable technology to break down barriers and cure diseases.

A company called Cyrcadia Health developed a different kind of wearable they’ve dubbed the iTBra. We say it’s different because you don’t actually have to wear it all the time. The iTBra is made up of two inserts that attach to breasts inside of a normal bra. Over the course of two to twelve hours, the inserts detect “normal circadian cellular baselines, as well as those abnormal patterns associated with the state of cancer,” translating into heat signatures that can indicate the development of cancer cells.

These baselines are then transmitted to healthcare professionals for analysis and comparison. Ideally, the iTBra should be used once a month to supplement a monthly at-home breast examination. That way, the patient is informed of any physical changes while the wearable allows medical personnel to monitor cellular changes over time — both of which can help detect early stages of cancer.

The iTBra has already shown better results than mammograms when it comes to women with dense breast tissue (DBT), which is far more difficult to detect abnormalities in, since it’s more difficult to differentiate cancer cells from healthy tissue. On traditional mammograms, DBT shows up as white — but so do cancer cells. One doctor featured in a product video describes diagnosing cancer cells in DBT as “trying to find a snowflake in a snowstorm.”

If this technology is available, there’s no reason designers can’t adapt it for other types of cancer or develop similar products that detect changes in other diseases, like Sickle Cell Anemia, HIV, and AIDS. Wearable technology that monitors cellular changes on a consistent basis can help track a disease’s progress and allow medical professionals to intervene earlier, providing a better quality of life for the patient and even save a life. 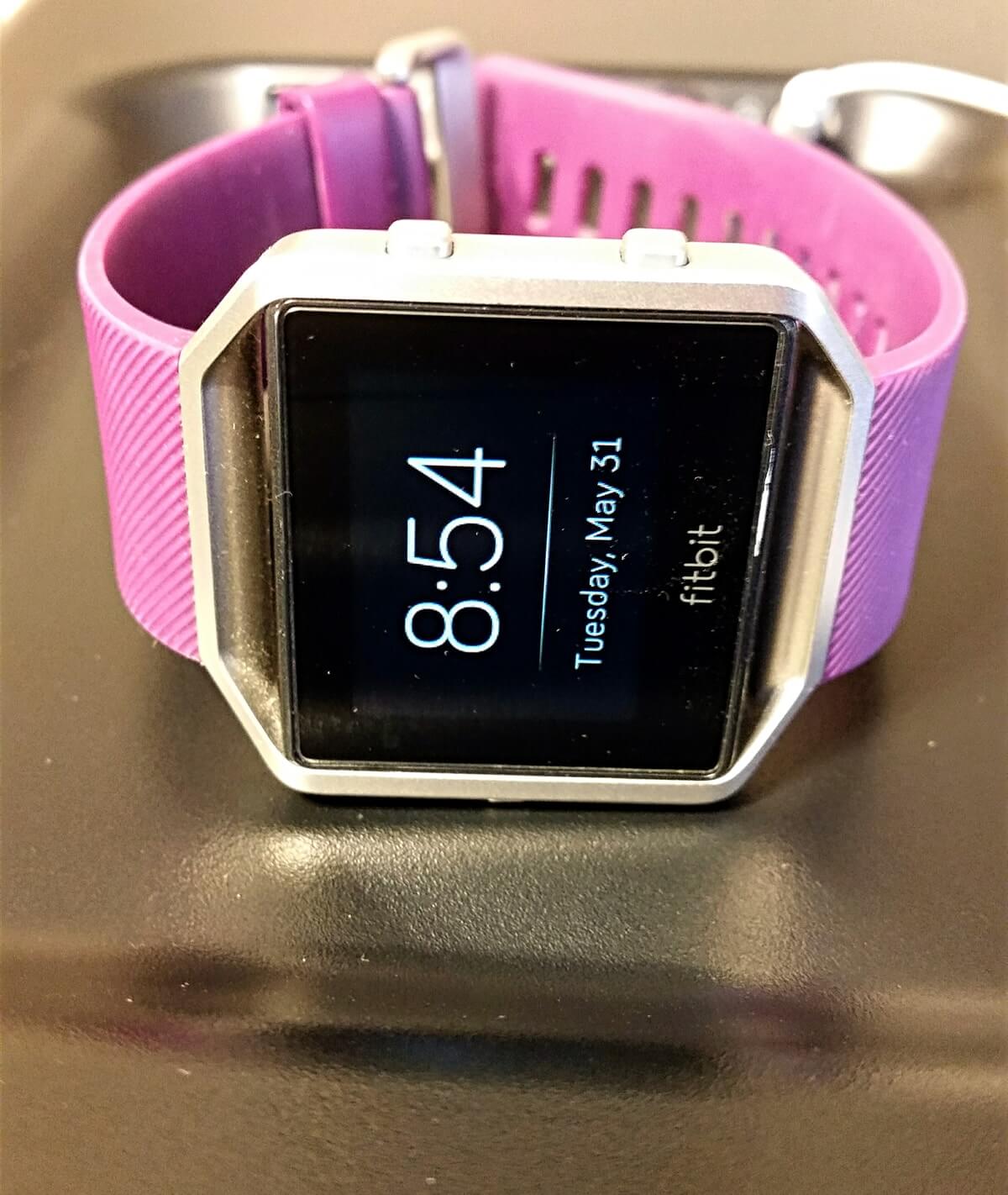 Use Haptic Technology In Your Wearable

One of the most common features in wearable technology these days involves haptics. Our Fitbits remind us that we’ve been idly sitting at our desks for too long with a simple vibration 10 minutes before the hour. It’s a little nudge for you to get on your feet and rack up 250 steps before the next hour begins.

Wearable technology lets us know how many (or how few) steps we take in a day.

The Relax feature from Fitbit and the Breathe app from Apple use haptic technology to guide users through breathing exercises. Some people choose to follow the exercise by watching the guides on the watch-face, while others would prefer to close their eyes — which is the reason behind the vibrations. The wearables use sensors to track the pace of your breathing and then replicates the pattern for two to five minutes, depending on your settings. We don’t see any reason this can’t be adapted to save people’s lives.

Let’s say that a specific medical condition requires a strict regimen of medicine (there are plenty of examples here — take your pick). To provide maximum effectiveness, some medications should be taken every six hours, while others need to be taken every twelve. The concept seems simple enough in theory, but in practice, it’s all too easy to miss those marks. It’s hard enough to remember to take a pill once a day, let alone two or four.

Wearable technology can easily incorporate haptic feedback to remind people of when to take their medication. You could develop a wristband of your own, or choose to create an app that works with the user’s existing smartwatch to deliver subtle reminders throughout the day. Users (and their families) will never again have to worry about missing doses of meds.

Many wearables on the market today track steps, monitor your heartbeat, and evaluate sleep cycles, which means there’s really no need for you to re-invent the wheel here. There are multiple uses for this technology that can be easily adapted to suit any healthcare-related need.

For example, a few companies have developed wearable technology for babies — an otherwise difficult group of people to diagnose and care for, being that they don’t speak a language adults can understand. Specifically, the unknown causes behind SIDS (Sudden Infant Death Syndrome) fueled the desire behind tiny devices worn by babies while they sleep.

The makers of the Owlet took the same pulse-sensing technology used in those little fingertip monitors in hospitals and created a tiny sock for infants. This adjustable smart sock has built-in Bluetooth that communicates with a base station to collect data. From there, parents can download the Owlet app, where they can keep an eye on baby’s heart rate and oxygen levels. If the sensors detect irregularities, the app sends a notification to the parents.

Similarly, the Mimo sleep and activity trackers can either be used with a special crib sheet or onesie to track a baby’s sleep patterns, including body temperature and position, activity level, and when they wake up. This information is delivered via Bluetooth to parents’ smartphones.

Again, this wearable technology for babies didn’t involve creating a groundbreaking new technology, so much as it adapted current, functional technology for a new purpose — and one that is probably pretty lucrative, given new parents’ anxiety and terrifyingly small amount of concrete information about SIDS. While these little devices aren’t cheap, they’re sure to provide some comfort to parents, as they might feel more equipped to care for their newborns. And truly, these wearables may save a child’s life. Perhaps one of the most obvious paths to designing wearable technology that saves lives is to focus on groups of people who are most at risk of preventable injury or death. Senior citizens (especially those who live alone) are among some of the most at-risk of all age groups.

For many seniors, assisted living is inevitable. Sometimes, taking care of a house becomes too much to handle or stairs become more dangerous. However, not everyone can afford such facilities and not everyone wants to live in them. This is where wearable technology can help — wearables can give seniors the independence and autonomy they desire, while letting children, grandchildren, and friends know they’re safe and healthy.

A Poland-based company (which now has an office in San Francisco) created a wearable called SiDLY Care. It’s a wristband designed for senior citizens that goes above and beyond the call of duty in terms of features, although their information-delivery method (an app) is really designed for the caregivers.

The SiDLY Care tracks steps, heart rate, and skin temperature, in addition to providing a location tracker, a SmartDetector to alert caregivers if the person falls or faints, a pill reminder, and even features a braille-marked CareButton so the wearer can call for help if necessary. In that case, the caregiver would receive an alert on his or her smartphone, giving the location coordinates and an “SOS” message. 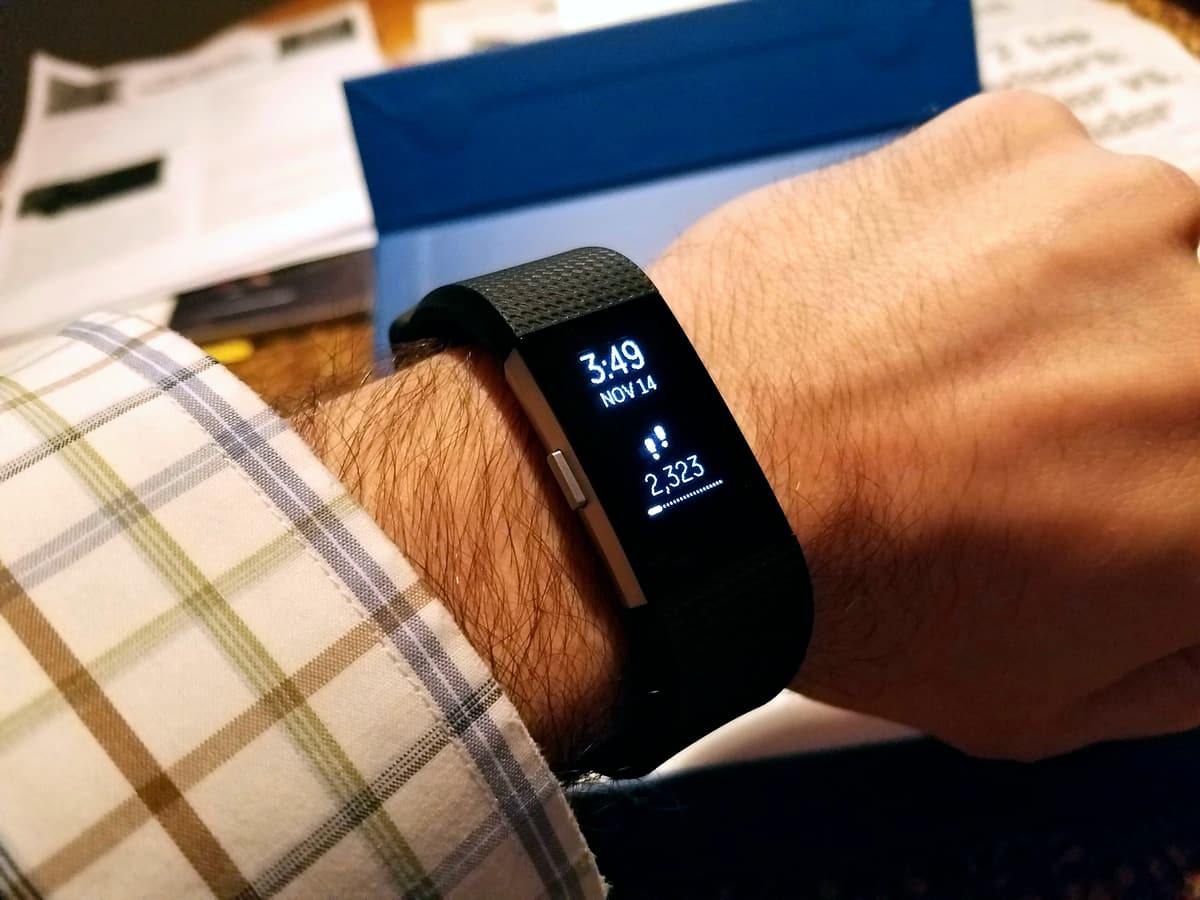 As we age, our bodies eventually begin to fail us. Our bones become more brittle and our muscles weaken, but that doesn’t necessarily mean we wish to relinquish our independence. Wearable technology like this may make caregivers and seniors alike feel a bit more at ease and comfortable with the senior being home alone.

The secret to designing wearables that make a difference — any difference, whether it means saving lives or simply improving them — is to carefully select a problem with no current solution. Or maybe the problem has a solution, but it’s not a very good one. Either way, you’ll have a good, solid starting point because people (and most importantly, investors) will be interested in trying it out.

This wearable calculates elevation, which can keep hikers safer, especially on large mountains.

But remember that some of the technology you need in your wearable already exists, so there’s no need to panic if biology wasn’t your favourite class. You can find a great teammate who can bring the science know-how to the table and adapt current technology to suit the needs of your target audience.

Wearable technology is here to stay and there are millions of ways to use it that we haven’t even thought of yet. All it takes is a bit of creativity, imagination, and a healthy dose of hard work. But if you’re ever feeling discouraged, remember how long it took that technology to be created in the first place. Your new invention is bound to take a fraction of that time and can have an impact on thousands, if not hundreds of thousands of people.