Indians, the largest buyers of gold in the world, are not buying at all

Globally the purchase of physical gold has fallen by two-thirds 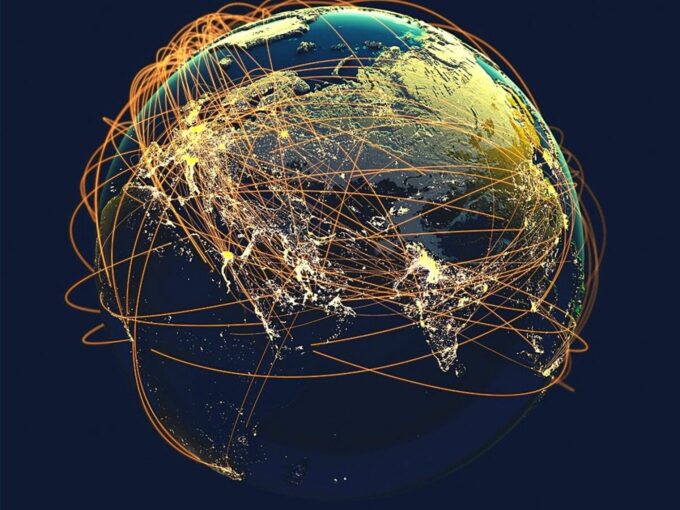 The 21st century seems to have set us all up for an extended period of uncertainty. Starting off with the 9/11 attack, followed by a series of attacks on civilian populations the world over – London, Iraq, Mumbai, all for which we still suffer the consequences in terms of heightened security checks across the world. We seem to be caught up in one cycle of uncertainty after another since then.

Of consequence to the vast majority of mankind is that these events have set us on paths of economic uncertainty of greater magnitude and longer lasting than we could have imagined. And we are still facing the ripple effects today. Ultra-low interest rates have their origins in the actions of Federal Reserve Chairman Alan Greenspan in the wake of the 9/11 attacks on the United States.

Ultra-low rates and easy liquidity have now become the norm and every attempt to hike rates or tighten has triggered off a crisis of its own: the destructive financial crisis of 2008 and the taper tantrums of 2013. Currently, it’s a medical virus that has flattened the yield curve across the globe for the foreseeable future.

Ultra-low rates have spawned their own uncertainties: how do we assess risk properly and how do we look at the rising mountain of debt that the world is building up? We have considered rising global debt in an earlier article and that was before the enormous stimulus packages virtually every government has announced subsequently.

Moreover, there has been a surge in corporate debt issuance in the April-June quarter compared to earlier years. Is the world vulnerable to debt shock if rates start rising? At a time when the global stock of negative yield debt stands at over $17 Tn there are a lot of vulnerable investors out there. One can argue that central banks are now doing this deliberately to push investors to lower debt grades and the riskier world of equity.

This global-markets easy money policy is a godsend to corporate debt as investors are being sent in a desperate hunt for yield. At the same time default rates are being suppressed and there is an increasing number of companies in the US and Europe whose debt servicing costs exceed their net profits. But this is a long-standing trend arising from an extended period of low rates and easy liquidity. Chart 1 illustrates this for the US where the term “Zombie firm” is used to highlight the phenomenon.

The point of this is uncertainty created for investors in terms of assessing risk properly. Chasing the highest yield is one matter; choosing the right instrument is another.

Over and above the levels rising debt even the science of assessing whether it matters is facing uncertainty: the growth of Modern Monetary Theory (MMT) suggests that- in a world of fiat currencies, government debt at least, really doesn’t matter as you can print as much as you need. Opposing this belief are the economists who call this the Magic Money Tree theory. Gold investors these days fall firmly into the latter category.

Into this bag of uncertainties for investors is the biggest one currently: the uncertainty of the trajectory of the coronavirus pandemic. Already the effectiveness of continued lockdowns has thrown up mixed results and the possibility exists of a second wave arising during the northern hemisphere winter. Will it break the back of many economies? Will it set the march out of poverty back after decades of secular gains?

If we conflate the two problems, we even get a peek at the problems arising out of the crisis of capitalism itself. Rising indebtedness and lower growth is threatening to derail the finances of many emerging economies, possibly sending them into long term debt traps. At a micro-level, individual indebtedness is also increasing whilst the number of billionaires and multi-billionaires is simultaneously increasing.

There is no magic money tree for the individual who gets caught in the spiral of debt beginning with student loans, mortgages, credit card debt and unable to make headway in a system that has been stripped of labour protection and replete with zero-hour contracts, the gig economy and an almost fluid capacity to transfer capital, production and jobs globally.

We have looked at the rising uncertainty thrown up by a newly aggressive China recently and this is continuing to add fuel to the fire. There doesn’t seem to be any prospect of a let-up in the near future either. And politically, the US elections this November may throw up the biggest uncertainty of them all- the possibility of a messy transfer of power by a Trump administration that is increasingly lawless and authoritarian in its actions. Given the ad hoc nature of the current administration even Trump retaining the presidency seems likely to cause great difficulties in the global arena.

There are no ready answers for all of this. We can only observe the outcomes for the moment: like the rise in gold prices. This has been almost entirely due to risk aversion rather than pure speculation, that is, due to growing uncertainty. The extended run in lockdowns has given extra legs to this rally that it would not have had if the pandemic had run its course or been managed better.

It is only this long period of disruptions that is giving a lifeline to the buying of gold. The renowned investor Mark Mobius is now on board for buying since negative bond yields offer zero opportunity cost for a precious metal that itself offers no returns. Bank of America is incredibly bullish for the very same reason: that bond yields are in a state of “eternal repression” and they are suggesting a price target of $3,000 in 18 months.

Are speculators subconsciously looking at gold as a de-facto backing of value given that dollar printing is now on steroids and the rest of the world has implicitly pegged their values to the US currency to assess fair value? It certainly isn’t retail buying as anecdotal evidence suggests that Indians- the largest buyers of gold in the world, are not buying at all.

Globally the purchase of physical gold has fallen by two-thirds. The problem with this gold rally really lies in the speed at which a readily available proven vaccine is brought out. Gold prices will likely peak and fall from then onwards as stimulus programmes are unwound.

Much of the current uncertainty has longer term roots. We are only being forced to confront them all at once. As Warren Buffett said: it’s only when the tide goes out do you get to see who’s been swimming naked. The coronavirus pandemic has been that ebbing tide.