Bots Versus Apps – Which Side Are You On?

Bots Versus Apps – Which Side Are You On? 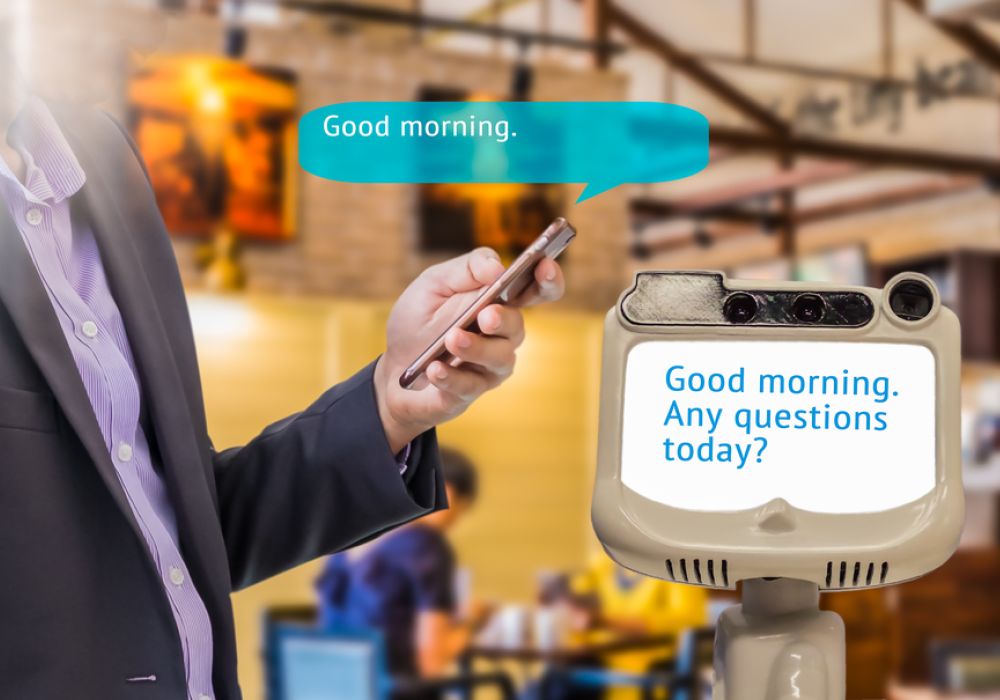 What do people want the most? Simplicity. Cost efficiency. Time efficiency.

Technology: A fancy word to making the future a better, well, a less complex place to live. It began with the Internet, then web applications, then apps, now bots, and this will go on. But what we need to focus on currently is where the world is at.

Apps are old news now, and bots and AI seem to be the next big thing. The dream of the independent developer building a business in the app store is over, that time’s past now.

They are the latest technology, and only a fool will ignore the control they might have on the future. Soon we might even witness a robot like ‘Jarvis’ (from Iron Man), or even something better, so it’s time we look past the drawbacks they have and concentrate on their strengths.

The rise of messaging bots isn’t something new. Slack, Facebook Messenger, Telegram have long since joined the game, for they know how this investment’s going to pay off. Why would someone use an app to book a flight now? Open the app, login, input the travel details, then choose a flight, pay for it, logout. Or just tell the bot the travel details, and it will take care of the rest.

That too in a familiar interface: chat.

Bots have too many advantages. Less size, easy data sharing, easy to install, simpler authentication, and known interface. You don’t even need to leave the communication platform. Also, with a bot, it is two-way. It initiates actions when you need it to, as well as responds to requests, it is like chatting with another human. Almost any transaction can be mapped to the messaging framework, so the future of bots seem to be rock solid.

What Does This Mean For Apps

It is not like it is the end of the world for apps. Some – like camera apps or games, are too complex to be replaced by bots. Even the download numbers are booming, but the app economy is saturated now. It won’t grow further. Also, the number of apps have increased largely. It is harder to download so many apps, though useful, setup and manage and switch between them all. Bots won’t replace apps – but will serve as a medium of using them.

What Will You Choose – Bots Or apps?

Overall, it is too difficult – and too stupid to compare bots and apps. They are incomparable. But, with the huge number of apps, bots have the abilities to wipe some of them away.

They are easy to install, easy to build (as compared to apps which are more expensive to build), more use-cases (no one’s going to build an app for as trivial a task as deleting the recycle bin, just tell the bot to clear it, and it’s done!)

Messaging has higher market penetration, and the language and conversation is already familiar. Nothing new needs to be learnt.

Apps are more like shopping stores, where you can move around and look for things you need to do… with bots, it’s more like a single shop and you know why you are going there and what you are going to do, you don’t have leverage to explore and just look here and there.

Similarly, on another note, apps are lonely, a one way street, you move around alone, no one to guide you…but with bots you feel like you are talking to a human, with a two-way interaction, and who will make you laugh and also get your work done without giving a feeling that you are interacting with a computer software.

Bots aren’t new. What’s new is the progress in ‘technology’ that’s coming along with it – the boom in messaging apps or the improvements in AI and NLP. Now, you just need to download the bot and start using it – no questions asked. The mental cognitive load of learning is gone.

It’s not the number of taps on the screen that matter. It’s the simplicity and the daftness that matters. What takes lesser time is your friend.

So, it’s not like bots will take over apps and the app stores will shut down. Apps have their own advantages. They make customisation and comparison better. You are the king, you have various options and you could choose whatever you want, and while this is handy in several situations, bots will take away most of the redundant processes in apps and make it interesting with a 2 way conversations. And since there is a huge potential in this area, bots will definitely dominate the technology sector in the coming years.

No, bots won’t completely replace apps, but they will definitely make our experience better, with fewer apps to use and getting more work done automatically, bots are here to stay for the long haul.

Over to you! What do you think? Bots will win, or apps will continue to show dominance? Or call it a truce?