Technically, Bitcoin is to cryptocurrency what US dollar is to fiat money

In Bitcoin Halving, the number of Bitcoins rewarded for processing transactions is cut down to half

Crypto investors have already made millions through bitcoins 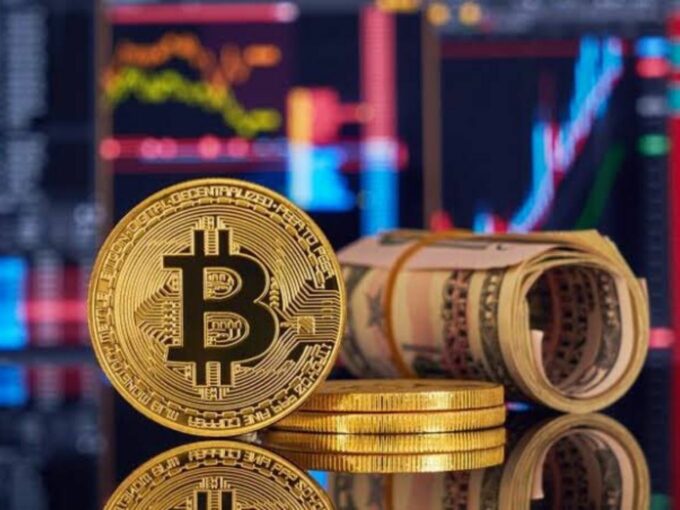 The situation was no less than an edge-of-the-seat thriller for crypto investors and enthusiasts on 11 May as they witnessed a remarkable event, perhaps, since the inception of Bitcoin. Though a leap year-like event, the recent Bitcoin Halving has been phenomenal because it took place with the economic backdrop akin to the Great Recession of 2008 – which eventually gave birth to the cryptocurrency. It barely came as a surprise that Bitcoin’s value doubled from mid-March’s approx. $4,944 to more than $9,900 as the halving date neared.

Technically, Bitcoin is to cryptocurrency what the US dollar is to fiat money. Its prices and trading volumes are used as a benchmark to gauge the performance of other cryptocurrencies. In practice, it functions like gold and is used as an investment instrument to balance the portfolio. But how does halving affect the Bitcoin and, by extension, the cryptocurrency market? Let us try and understand.

What Is Bitcoin Halving

In a typical scenario, the demand-supply of fiat currency (such as the US Dollar, Euro, or INR) determines its value. It is further controlled by the regulatory policies and dependent on government reserves. Almost the same phenomenon works in the case of cryptocurrencies in a different format.

Their value is mostly determined by what people are willing to pay. It makes them susceptible to fluctuations and supply-demand dynamics. Since Bitcoin is a digital distributed ledger system, it is neither printed anywhere nor controlled by a particular sovereign body. It is mined using computational powers by miners who are then rewarded for solving complex mathematical problems. The Bitcoin’s blockchain, however, regulates this reward leveraging the halving method.

For the uninitiated, whenever a set of digital transactions take place forming a ‘block’ on the blockchain, the individuals successfully verifying these transactions are rewarded by the network. The reward – which is the main force behind the operation of the entire system – comes in the form of additional Bitcoins. This is much like printing of fiat currency by a central bank. However, by design, Bitcoin’s blockchain cannot have more than 21 million Bitcoins. This aspect itself makes it a prized commodity.

In Bitcoin Halving, the number of Bitcoins rewarded for processing transactions is cut down to half which helps in maintaining the fixed supply of Bitcoin. Therefore, the process of halving is significant as it underpins the value of cryptocurrency.

When Does It Occur And Its Significance

The process is a leap year-like event that occurs after approximately 21 Mn blocks, reducing the reward supply by 50 per cent every time in a geometrical progression. Halving has taken place thrice since cryptocurrency came into being, including the recent event. The block reward before the first halving was 50 Bitcoins. The most-recent Bitcoin reward was 12.5. The third and the latest has now decreased the reward further to 6.25 coins.

From an economic perspective, cryptocurrencies like Bitcoin are the best hedge against fiat currencies which have an unlimited supply. When the supply goes down, scarcity makes the price shoot up. The principle works on similar lines of Gold but is governed completely by coding. Consequently, a parabola in Bitcoin’s price can be observed every four years.

How The Event Fared

From a historical perspective, each time the halving took place, it has raised the price of Bitcoin to an all-time high. The first event that occurred in November 2012 saw a surge from $11 to $1,000, while the second incident in July 2016, significantly helped to increase its value from $700 to $20,000. Both of the events indicate that while the supply of Bitcoin decreases during the process, the demand remains the same, which pushes the price up.

Despite a near-two-fold return in two months, this year’s halving event is expected to have its true impact when the economy recovers, thereby pouring more liquidity and driving the investor sentiments. It must be noted that these appreciating numbers come at a time when, year to date, bitcoin is performing better than the traditional commodities of investment. The assured hike in figures is mainly due to investors’ continual interest in bitcoin as an asset class. This steady increment could draw new players into the crypto ecosystem.

However, with rewards cut to half, the current value of $9,195 (at press time) may prove insufficient to keep less-efficient miners operating in the long run. This may result due to a shift in market dynamics.

Right now, the world is undergoing a major financial shift. Due to the pandemic-induced black swan event, the cryptocurrency has too witnessed its share of brief volatility. However, if the price of any fiat currency falls, the value of Bitcoin rises for that currency. Hence, at present, people are also leveraging bitcoin as a hedge investment to protect against the devaluation of fiat currency, which includes cash, bank savings, mutual funds, and so on.

Crypto investors have already made millions through bitcoins and the digital currency continues to attract institutional investors who perceive it as a store of value. Given the current market condition, it won’t be surprising to see the bitcoin ecosystem grow further and give rise to a new class of millionaires.