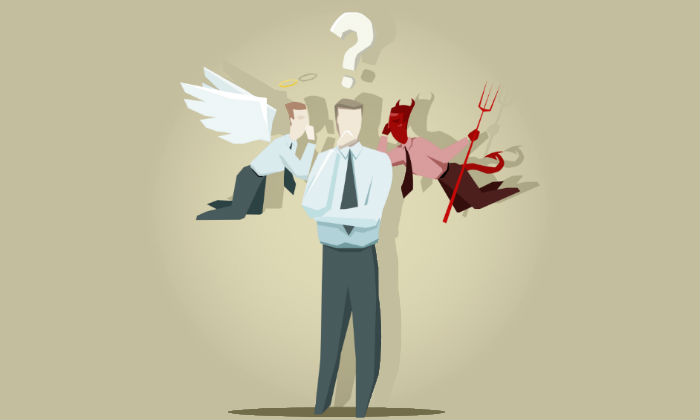 Sometime during early 2000, while scaling up our operations, I found a unique phenomenon affecting our organisation, GRASSIK. People who were proven performers were moved up and given additional responsibilities with larger teams. I found that most of those so promoted, started showing signs of failing in their performances, either at a personal level or as managers. Despite my best efforts at mentoring and guiding my top team, this was becoming something of a curse. The results were extremely surprising and foxing, with no credible answer.

Around 2007, I came across an article on Peter Principle and found the observation very intriguing & interesting. I read a lot on it and realised that, while there had been no research done to validate the veracity of the principle, the observation made by Dr. Laurence J. Peter & Raymond Hull and published in their book “The Peter Principle” in 1968 was actually at work within my company.

According to observations made in the Peter Principle, every employee, in an organizational hierarchy, will rise or get promoted to his or her level of incompetence. It is based on the notion that employees will get promoted as long as they are competent, but at some point will fail to get promoted beyond a certain job because it has become too challenging for them. Employees rise to their level of incompetence and stay there. Over time, every position in the hierarchy will be filled by someone who is not competent enough to carry out his or her new duties.

Dr Peter clarified that it was not necessarily incompetence of the employee in his new role. Every new role requires new competencies and skills, which an otherwise competent employee may not possess, hence the failure. He succulently sums up his observation as “the cream rises until it sours”.

While the Peter Principle remains a concept in management theory, and there has been no research done to support this observation, I have personally seen it at work within my own and many client organisations. Managers promoted sequentially over a period of time, do tend to rise to their “level of incompetence” till promotions are no longer possible.

This principle creates a catch-22 situation. Performers in any organisation expect growth, both in terms of role and responsibilities, else stagnation followed by churn sets in. With each subsequent promotion, an employee heads closer to his level of incompetence. Promotion that leads to a slide in performance has a collateral damage – loss of a previous good performer.

Not everyone agrees with this principle though. Leigh Steere, co-owner, Managing People Better LLC says, “I personally do not believe in the Peter Principle. The field of neurolinguistic programming says that any behaviour/skill can be learned. In other words, if a person does not already know how to do something, he/she can be taught”.

On the other hand, Ric Morgan, professional speaker and author of “The Keys: The Textbook to a Successful Life” is a firm believer of the principle. This problem is so diverse and prevalent that I have come across  a case where the founder of a company became a leading example of the Peter Principle. Crazy as it might sound, that was exactly what happened, despite the fact that they had two things going for them – an idea just too good to fail and the ability to hire competent people to make it all work.

I have even – don’t be surprised – found this in people who are running or trying to start one-man shops. In this day and age of entrepreneurship, everyone believes they can start a business and make it succeed because they ‘have the best idea that will make them overnight millionaires.’ Wrong! It’s hard to look into people’s’ eyes and tell them they are too incompetent to do what they have set out to do, even if they have been doing something similar in another place, where they had actually reached the level of incompetence as espoused by Dr. Laurence. As a business consultant, the moment I identify the people who are living examples of the Peter Principle is the moment I find problems in the company they work for.

There are those who take the middle path. Marcia Reynolds, PsyD, author of ‘Wander Woman: How High-Achieving Women Find Contentment and Direction’ says, “I have been a corporate trainer for 30 years. I don’t believe you can really measure the truth of the Peter Principle without analyzing the training the person has had for the position they have moved into, especially if it’s a promotion. With each promotion the person has to give up some of the things they have done before and take on new tasks, responsibilities and perspectives (including work values). What they did before will not ensure their success in the present. However, if the person doesn’t get good mentoring, training and a manager who can support the shift, they are not given the tools to succeed. They could be competent if given the chance.”

My personal experience is that training and mentoring cannot be sustained over years & subsequent promotions. With experience and age, resistance to learning sets in and I have seen some of the senior-most & finest professionals being rendered “un-trainable”. So strong had been their belief in their own strengths and past knowledge that they failed to see the looming disaster leading to the sudden end of illustrious careers. I have interacted with many such corporate stalwarts, once brilliant but now laid-off just because they attained their level of incompetence in their last role.

Can the Peter Principle be overcome? I believe it can be. Though there have been many articles written on this, I haven’t really found any authentic answer anywhere. Looking back at my own experience, I feel that the first thing to do before moving on to a new role, is to “act like the person you want to become”. That needs a personal transformation, from who you are to what you have become or wish to become. To start with, one must be willing to change, no matter how successful he/she is, because some of the skill sets needed in a new role will be different from the ones in which that person is finding success currently. Find out the challenges, drawbacks and skill sets of a new role & start acting the way you want to be or are required to be. Soon enough it will be possible to become the person you need to be.

The biggest challenge is to overcome complacency and get out of one’s comfort zone. It can be done through self-realisation and by actively seeking mentoring, which must begin with a clear motive – a sincere desire to change, learn & imbibe. Unfortunately not many people remain students for life and start resisting change. That is when the slide begins.

As a way of managing this curious principle within GRASSIK, I advise employees looking to be promoted in future, to mentally tear up their current job profile. I give them the key deliverables for success in their new roles and ask them to mentally switch over & live out the same under my guidance for a few months before they actually move on to the enhanced role. I usually give them the option to choose the time of their promotion, at which time they would be more attuned mentally to execute a successful transition. But problems always remain, for managers are never perfect. If they were, management principles would not exist.