Are Ecommerce Companies Overdoing The Deals & Discounts In Email Marketing?

Are Ecommerce Companies Overdoing The Deals & Discounts In Email Marketing? 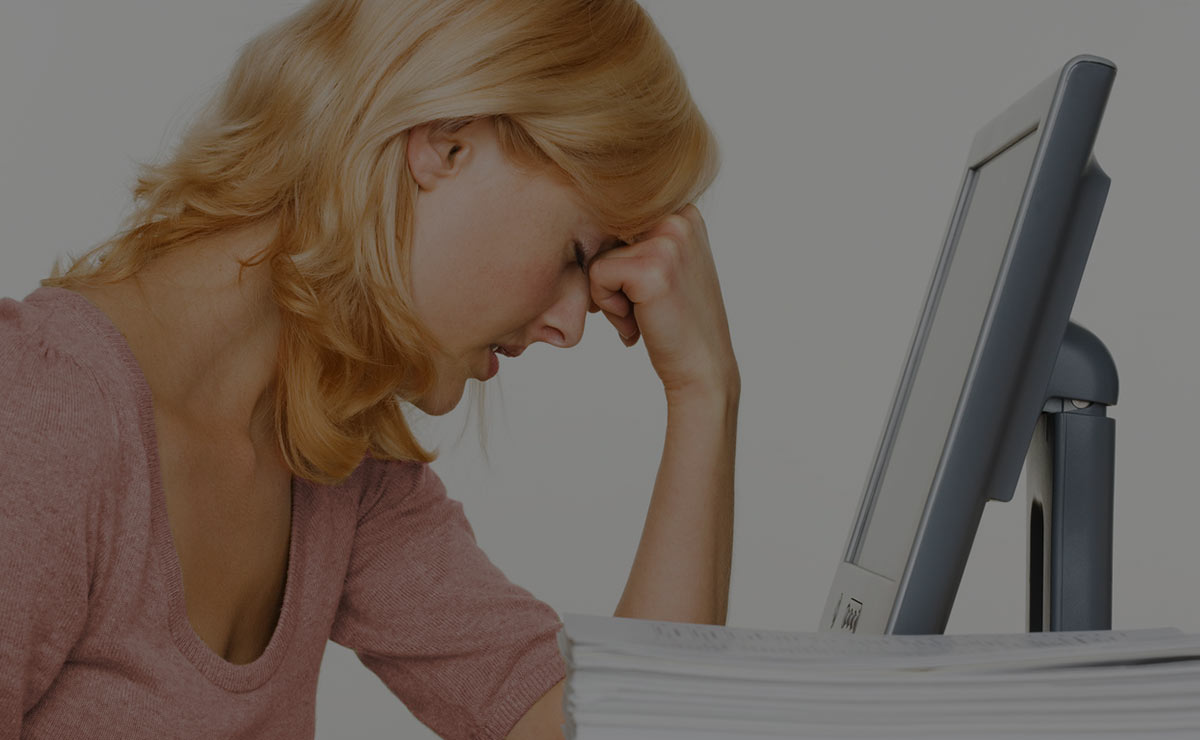 Globally, ecommerce players have understood the potential of email marketing, with many using it to boost their sales and customer loyalty. With automated email marketing, bulk emails containing the latest news about bestsellers, new arrivals and deals can be sent to customers. This has been honed over the years to ensure that just the right content is shared with the right customers, and at the right time. In fact, a study in 2014 found that revenue from email has increased proportionately by 28 per cent in one year.

We at TargetingMantra studied multiple online stores across geographies to test their email marketing and noticed that e-stores in the US, Middle East, Southeast Asia and India, despite being in varying stages of maturity, are following some of the same rules and not making optimum use of email marketing.

The parameters studied were:

The need for relevant, personalised recommendations in each email you send to your customers cannot be stressed enough. The inbox is an individual’s personal space. Irrelevant banners with deals and promo codes that have nothing to do with the individual’s areas of interest will never work in a company’s favour.

As you can see from the graph below, this trend is seen across geographies: 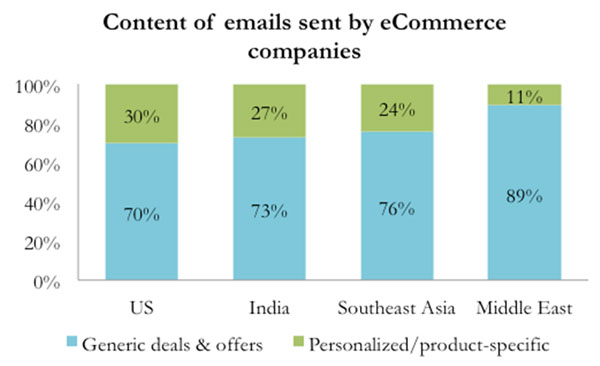 Clearly, personalisation is not given its due priority by most ecommerce players. In the Middle East, especially, a whopping 89 per cent of all emails sent by ecommerce companies to their customers comprise generic deals and offers. US e-stores fare somewhat better with 30 per cent emails dedicated to personalised and/or product-specific content, but there is still a long way to go to reap the full benefits of email marketing.

What are your customers really looking for?

Do you pause to consider what your customers would like to see in their inbox before you send them emails?

E-shoppers across the world are voicing their annoyance at receiving deals and promo offers in their inbox that have nothing to do with their preferences. In our survey, 69 per cent of customers said that emails they received from ecommerce companies were mass marketing ones that they ignored. About 23 per cent of the customers said that they found marketing emails irritating and marked such emails as spam. A very small proportion (eight per cent) of customers felt that the emails they received were personalised to their taste. 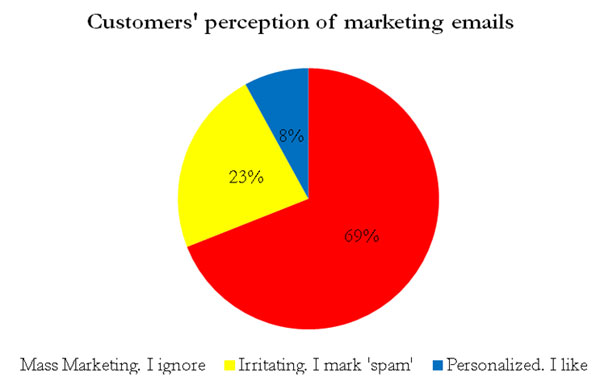 Over 70 per cent of e-shoppers have expressed annoyance at their inbox being flooded with promotional ‘junk’. The one-size-fits-all mantra does not work here. You must ensure that each email you send is specifically tailored to your customers’ needs. Only this will make you stand out from the rest.

Personalisation is a simple tool that uses information gathered from multiple data points, and is useful in pleasing customers and ensuring a good ROI. It is, therefore, surprising that so many ecommerce players do not take this small but crucial element into consideration while sending emails to their customers.

Reliance on Deals and Discount Coupons

We just saw that most of the emails sent by ecommerce companies are generic deals and banners, with hardly any personalisation. However, we went one step further and studied what percentage of these were purely deals and how many focussed on showing at least their new arrivals and bestsellers. The results were shocking!

Indian e-stores lead with 64 per cent emails dedicated solely to deals and offers. The online stores of the Middle East, which we saw earlier had least personalisation in their emails, focus more on product-specific newsletters and other content of interest, apart from deals.

The following pie-chart shows a comparison between emails from e-stores of the four regions: 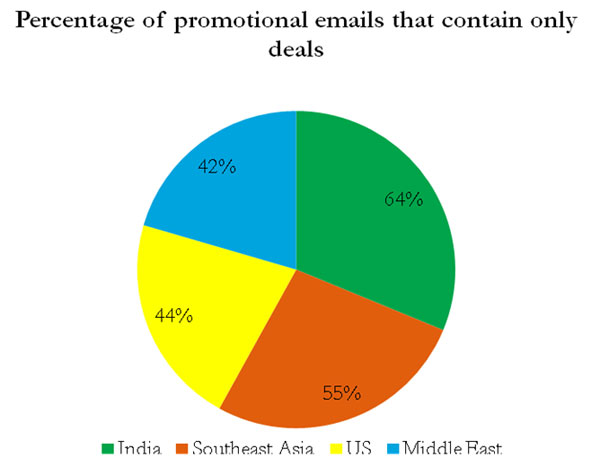 What should be your course of action?

We now understand that emails should contain personalised content and not generic deals and offers for all. Collecting data for personalisation is not all that difficult, but ought to be done meticulously. The following points should be kept in mind while engaging in email marketing: