From Apple A Day To No Apple In Play: Imagining The World Without Steve Jobs’ Apple 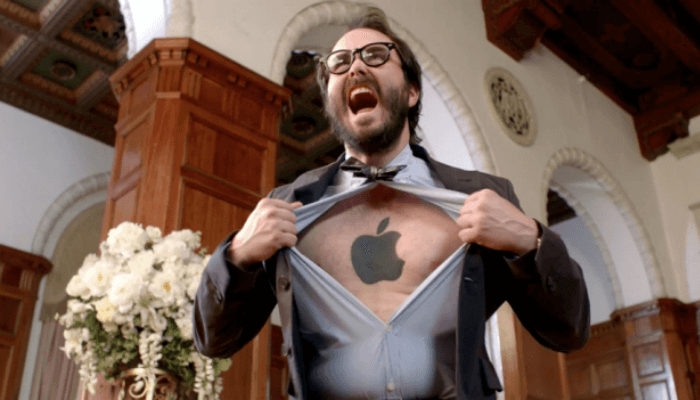 With operating cash more than that possessed by the US treasury, per minute earning in excess of $300k and a worth of more than the entire Russian stock market, that is what you call Apple Inc. Apple, since long, has been a major influencer in the US tech market and now, across the world, is expanding its user base by the day.

Inc42 compiles a list of the possibilities had Apple not been there in the global tech scene.

Touch screen phones would have not been so common

The credit for making touchscreen phones as popular as they are today goes to Apple alone. Had Apple not been in existence, people would still be groaning with pain while hitting the hard QWERTY keypads.

Sony would still be making money off its walkman cassette players

Back in the day, when every other hipster tucked a walkman to his pants, Apple literally kicked Sony in the butt and changed the trend with its revolutionary iPod. Walkmans seized to attract the masses thereafter and a new breed of mp3 players (that were not just mp3 players) came into existence and changed the music industry forever.

Where would we have played Subway surf, temple run and asphalt 8??

We should literally thank Apple for the wide variety of games that it features on its store. Though most of them are quite irritating, but, some like the Temple Run, Asphalt 8 are a delight and quite addictive too.

Thanks to Apple’s stiff security protocols, sharing stuff was never more difficult. Apparently, the bluetooth of a 6k Micromax phone would be better than a 60k iPhone.

Samsung would have had lesser troubles

Although Apple filed lawsuits against Samsung, but, rather Samsung should have done the same against Apple for seriously hampering the creativity of its engineers.

People would be spending their money on something better

Be it phones, laptops, tablets or desktops, all Apple devices have the reputation of standing out from the competition: Less for their features, more for their high as the sky price tags.

Well, one thing you can be sure of while you are making up your mind to get an apple device, the price will empty your pockets.

We wouldn’t have had devices monotonously named with ‘I’

Apple tried to simplify product naming protocols for us.  But one thing that bounces beyond my brain is why did it attach an ‘I’ with almost all of its products (I-Phone, I-pod, I-pad, I-photos).

What would people have used to flaunt their money

With the wide range of lavish and insanely expensive devices now in market, Apple phones no longer hold the reputation of being suitable for the Ultra rich, but, still they serve the purpose of the people who wish to carry along with them the “YES, I AM RICH ” banner.

The world would have no “ APPLE OR NOTHING” idiots

There was an Apple fan who waited 7 months outside an apple store before the launch of the iPhone, only to get the phone on the day of the launch itself. I bet you won’t find another man as crazy as him, but, still the world has a large chunk of people who go by the philosophy, “APPLE OR NOTHING”.

There would have been no high quality screens or cameras

What about Steve Jobs ??

Well, if Steve Jobs wouldn’t have been there, if there wasn’t another student in The US who dropped out, perhaps the world wouldn’t have got this innovative tech giant and of course all the devices with an ‘I’ in their beginning, and much, much more…