Anatomy Of The Coming Bubble [Part I]: The Missing Argument

Anatomy Of The Coming Bubble [Part I]: The Missing Argument 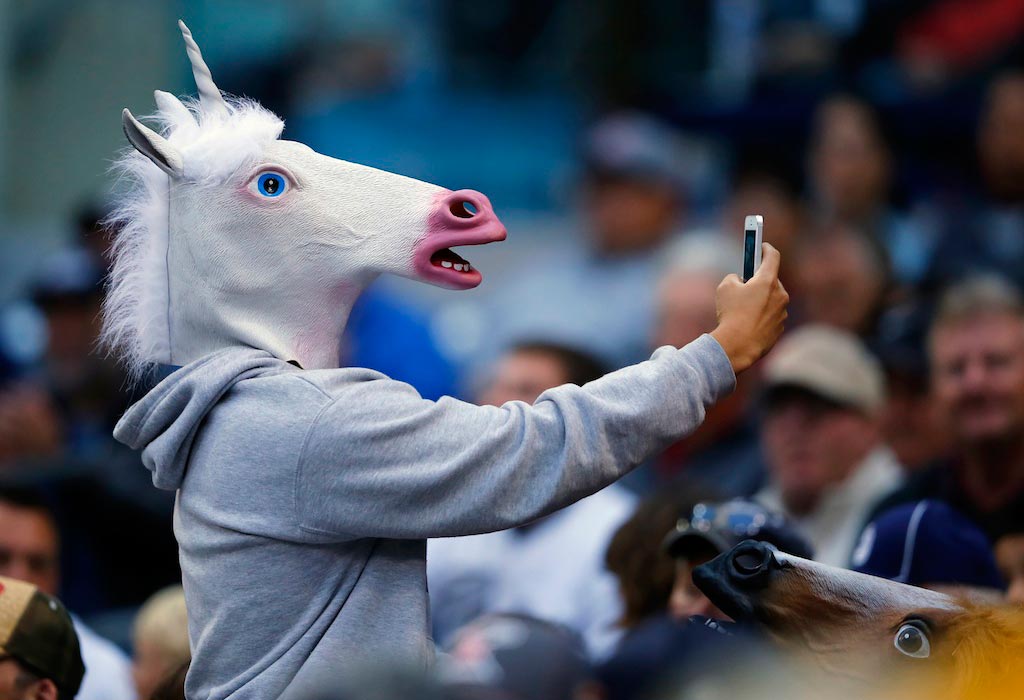 From Bay Area to Bangalore, if there is one word which is stirring the fancy of the masses in general and analysts in particular, “Startup Bubble” seems to be that word! It doesn’t matter if you are in the crowd or away from the crowd, bubble is bound to get into your radar, be it at a conference, Twitter feed, newspaper columns or random article forwards.

At one end of the spectrum, there are the believers, led by big bulge VCs riding their unicorns, chanting data and waving neatly presented big graphs showing mobile phones’ sales growth, internet data usage, volumes of WhatsApp messages, number of photos clicked and other mind-numbing metrics and speaking loudly as to why it is not 2001. However as it generally happens, the other side, consisting mainly of newspaper columnists, accountants, finance professors, out of work CEOs and some missed-the-boat-VCs/entrepreneurs, is not amused by all this mumbo jumbo and looking wryly at daily funding news and murmuring loudly to anyone who cares to listen, about these crazy valuations, lack of profitability and unsustainable business models. For them, the 2001 dot com bubble is very much here and that too in a 10 times bigger format. Not to be left behind by the VC crowd, they have their own set of anecdotes, stories and data graphs though from 2001 era.

This war between valuations and sustainable business is not new or started this year or last year but has always happened whenever there is a significant shift in asset prices. In fact the talk of startup bubble stared way back in 2011, when Uber, leader of the present Unicorns raised $12 Mn at a valuation of $60 Mn and Wall Street Journal published an article with title, “In Silicon Valley, Investors Are Jockeying Like It’s 1999”.

Four years later, with Uber valued at $50 Bn, the noises have only grown louder and bigger though Uber has not shown any slowdown in growth or in its ability to raise billions of dollars while growing by a whopping 800 times in less than 5 years.

Interestingly the division is deep and lines are clearly drawn as each group has its own set of believers, followers and relative data to back. The whole argument has slowly turned into a debate of the deaf where each party is consumed by their own arguments without understanding the counter point.

The main reason as to why the general public, commentators and all those business leaders are wrong in prediction of the Startup bubble burst is mainly due to their limited or rather skewed understanding of the way venture capital world operates and how the dynamics of the VC world has evolved in the last 2 – 3 years.

In recent times, the availability of liquidity and declining gap in innovation has created a scenario where investors believe that capital, rather than innovation, has the edge in building a leadership position.

In recent times, the availability of liquidity and declining gap in innovation has created a scenario where investors believe that capital, rather than innovation, has the edge in building a leadership position. This belief in primacy of capital over innovation has fundamentally changed the usual performance based investing model.

Hence in a scenario, where there is no technical edge or technical risk in the product, the investors are trying to eliminating market risk by investing 100s of million dollars in these ventures as they believe that capital will create entry barriers and will give the invested company enough power to scale to formidable heights.

This fundamental shift has changed the way earlier VC rounds used to work. The days of of multiple venture rounds based on the performance / execution capability of company, have been replaced by much simpler three main rounds. First round of $300K to $500K happens at MVP (minimal viable product) stage, which is followed by Seed round of $2 Mn to $4 Mn and is done for validation of hypothesis and building some traction. However post validation of hypothesis / execution capabilities, the third round is happening in the range of $20 Mn+ and going upto $100 Mn.

This round of $20 Mn to $100 Mn range is also called as ‘Scare Round’ as it scares the competition, chokes further supply of money to competitors and aims at a land grab in a validated market opportunity. As one can easily see, this scare round of capital/ valuation has hardly any correlation with the revenue of company and thus gives a crazy sense of valuation to the usual public which does not understand that this large round or scare round is not related to performance of the company but rather related to the size of opportunity and ambition of investor in owning the particular market opportunity.

So if it is early stage investors who are creating this false sense of bubble through their scare round commitments and by giving valuations with little correlation to present revenue numbers, the late stage investors are creating a sense of bubble by taking very large risky bets at crazy valuations. These monster rounds are creating a sense of euphoria as well as a bubble where it seems to the army of commentators that investors are a bunch of morons who are again driven by greed and ignorance and are being icarus. However unfortunately our commentators don’t know that all these investors are deriving their happiness and courage for investing at such crazy valuation from a quite standard legal clause hidden in voluminous share holder agreement (SHA) knows as LP or “Liquidation preference right”.

Liquidation preference clause (LP), a standard VC industry legal clause, is used to protect investors from pre mature exits as well as downsides given the risky nature of business. However hedge funds have discovered a totally new use of the LP clause. LP clause gives investors a huge downside protection while guaranteeing return in upside thus converting an equity instrument into more like a superior debt paper which has strong downside protection but unlimited upside. This unique scenario where very large companies are staying private and needs loads of capital has attracted hoards of hedge funds who are using the LP clause to ensure healthy returns even in the case of a downside e.g. if a company raised $ 300 Mn at a valuation of $5 Bn with 2x participative LP clause, the investors will make $600 Mn (2x return) even if the company is sold at $600 Mn ( a steep 88% drop in value), a rare probability for large companies. Hence the large amount investing is becoming like capital protection betting where one can gamble as much as one can with capital guaranteed.

This clause along with the fact that a large number of companies are choosing to stay private while consuming loads of capital has created an ideal play ground for hoards of hedge funds, which are anyway flush with liquidity and looking for new areas for investments.

No wonder this kind of utopian scenario is getting capital by drove and every week we are witnessing announcements which are much bigger and audacious with Unicorns becoming the new normals in the startups hinterland.

However if the general public is missing the argument due to lack of understanding of basic dynamics of the VC industry, the VC community is not far behind in mis-calculating the fail safe nature of their investments by over estimating the capability of capital, underestimating the human spirit and assuming deterministic solutions to a problem.

Overestimation of capability of capital is creating a scenario where investors are led to believe that capital will breed innovation as well as help in scale and build walls of defence. However as it happens in the laws of nature, the best laid plans go haywire and works counter intuitive as its not the capital but generally lack of capital which breeds innovation and creates focus. Housing.com is a perfect example of capital going nowhere in building a powerful business and hence walls created by capital will only force the sharper downfall of the business due to the very weight of the wall.

Walls created by capital will only force the sharper downfall of the business due to the very weight of the wall.

Further by underestimating human element there is a false sense of belief in first mover advantage in low innovation fields. History has shown that first mover advantage is the worst advantage in low innovation fields as traditional players are able to catch up with the first mover by copying the low threshold innovations in the long run. As venture investments are not a sprint race but a marathon of 7-8 years, a lead in first two years is of no significance as founders of FashionandYou can attest. Hence the no brainer sectors which are attracting capital by droves will also see the maximum casualties in the long run – be it hotel room aggregators, food delivery market places or asset leasing models – as traditional corporates will play catch up or new solutions will emerge. The other problem with large ticket investments over a very short time period is the folly of taking a deterministic approach to a problem as solutions are still in the evolution stage.

Remember mobile pager market or a taxi operator like Meru Cabs which is perfect example of low innovation field challenges as well as changing business dynamics. At one spectrum, Meru faced constant challenges by new players due to low entry barrier where capital was the only wall of defence while at other spectrum it has been obliterated by new solutions like Uber which just made the classic business of leasing cars and renting them out totally unviable.

Hence, only time will tell if this massive shift in asset prices is going to be a type I error (a false positive) or a type II error (false negative) and whether VCs will have the last laugh to the bank or will end up facing analysts with a smirk on their faces!! Till then enjoy the irrational exuberance of these interesting times. Ah the coupons!!

Read Part II: Anatomy Of The Coming Bubble [Part II]: Its All About Colour Of Capital