9 Ways to Look Badass at Your Next Tech Conference

9 Ways to Look Badass at Your Next Tech Conference 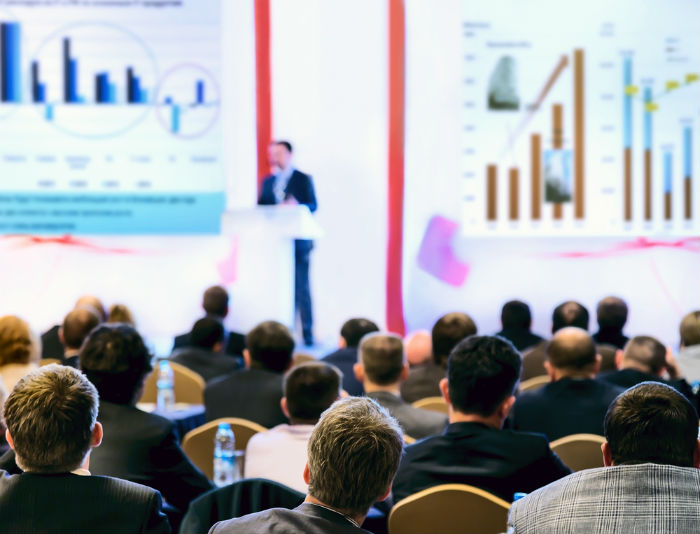 #1 Put an exciting, non-standard title on your business card

If you’re in marketing, say you’re a ‘Storyteller’. If you’re a founder, call yourself the ‘Chief Everything Officer’, or ‘The Janitor’. And if you’re a software engineer, say you’re a ‘Code Czar’, ‘Pig Farmer’ or simply, ‘God’. Use words like ‘warrior’, ‘evangelist’, and ‘ninja’.

#2 Use the Q&A portion to promote yourself

The most important part of asking a question in front of an audience is not what question you ask, but everything you say before you ask the question to get people’s attention and make them realize you’re someone they should be talking to.

What are sketchnotes? Nobody knows. Just doodle in a notebook and say you’re sketchnoting. Then take a picture of your doodle and post it on Twitter. Since no one will be able to understand it, they’ll have to assume this tech conference was very complicated.

#4 Between sessions, stand in an open area laughing on your phone

#5 If someone mentions an app you’ve never heard of, pretend like you’ve heard of it

Never say you’ve never heard of that app, platform, technology or whatever. Always nod along so it seems like you’re in the know, then look it up later.

Use the long men’s bathroom line as a segue to discuss the problems with diversity in tech, even though you’re really just complaining about how long the line is.

#7 Complain about the wi-fi

Even if the wi-fi is blazingly fast, complaining about it makes it seems like you have very high wi-fi speed standards. Say you really need to get something done but you’re not sure if you’ll be able to. This also saves your ass when your manager asks you if you were able to get that thing done.

#8 Hashtag every status update you make from the conference, even if it has nothing to do with the conference and even if you’re sharing on a platform that doesn’t really support hashtags

This increases your visibility to those following the hashtag and you will certainly gain a few new followers who are just as annoyed with you as your current followers.

#9 Email your coworkers about how excited you are to share your learnings, but then don’t

Make sure to email you coworkers immediately about how amazing the conference was. Let them know you’ll share your learnings as soon as you’ve had time to organize them, but then never get around to it.

[First published here by Sarah Cooper, a writer, comedian and creator of TheCooperReview.com.]