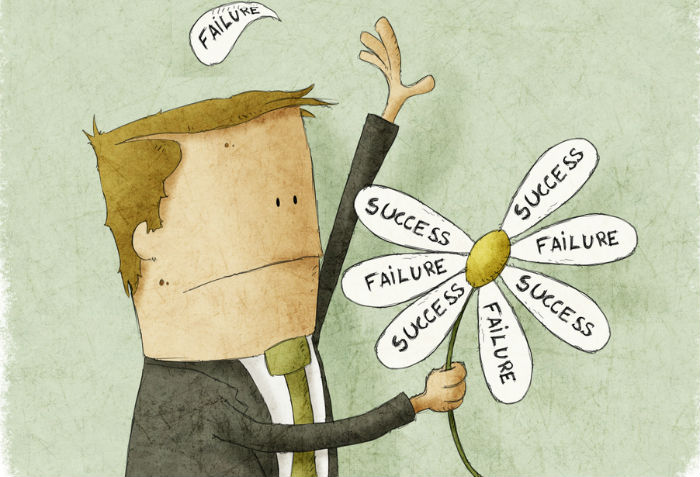 When it comes to entrepreneurship, I believe it’s just as important to know what NOT to do, as what to do.

Here are the 9 reasons I went under.

My Business Plan: Hope and Pray

Each day, I “hoped” I would get more subscribers. I “hoped” people would pay me, and I hoped that I wouldn’t go broke. It was the wrong mindset but typical of many new entrepreneurs.

Money was borrowed to meet payroll

I was a horrible cash flow manager. Not only was I not looking at my bank statement each week, I was borrowing money just to pay the rent and my staff. Five years later, I was still paying that debt, long after the business had closed.

If your business cannot support basic expenses, you don’t have a business.

Unless you’re willing to have a go, fail miserably, and have another go, success won’t happen.
― Phillip Adams

You mean I have to pay taxes too?

This was a real killer. I did no tax planning. As a result, when it came to paying taxes, I was in a state of shock.

You need to pay yourself and the taxman. Plan for both.

No time to market

Subscribers told me that I had a great product and they looked forward to receiving each issue. The only problem was I didn’t have enough subscribers. I spent all of my time serving the few that I had, leaving no time for getting more. Marketing took a back seat. I remember saying to myself, “tomorrow, I’ll get to it.” This is typical of many new businesses. Marketing is not an urgent task so it gets bumped. But without it, you’re toast.

No business can survive without daily marketing. Learn it, do it.

You always pass failure on your way to success.”
― Mickey Rooney

My guarantee was too good

Today, I believe in offering a guarantee, but back then, I was practically giving everything away. “If you’re not satisfied, we’ll return your entire subscription fee.” I ended up giving back everyone’s money when I folded. My wife demanded it.

Many new entrepreneurs are insecure about what they’re offering, and tend to charge too little, and give away too much.

Don’t give away everything.

I couldn’t find anything

My little company spent many hours looking for things. We had no systems – no filing, and no manuals. The company was a shining example of poor efficiency.

Put systems in place to save time. In business, time is money.


Don’t fear failure so much that you refuse to try new things.”
-Louis Boone

I paid people to play solitaire

New businesses hire people, even if they can’t afford it, because the owner (or owners) are overworked. I would spend many sleepless nights worrying how I would pay everyone. When business was slow, there was no money for payroll. I learned that people didn’t take kindly to not being paid. Worse yet – during the slow periods, I was paying people to do nothing. I usually caught my designers playing solitaire on their computer.

Avoid hiring people if you’re not sure you can afford it. Do not “hope” that you can. Instead, improve your operational efficiency and outsource where possible.

My people hated me

When you start a business, you do everything yourself. You get used to that. Then, when you hire people, you hover over them to make sure they’re doing it your way. I frustrated people so much they said, “If you do it so much better than me, do it yourself.”

Train people, then leave them alone to do their job.

Success is the ability to go from failure to failure without losing your enthusiasm.”
― Winston Churchill

I was always broke

A lot of businesses think they can keep going with more money being spent than is being made. Obviously, this is not sustainable. Again, the reason it happens is that the business is run on a hope and a prayer. I would often just break even. And I remember one day being down to my last $20.

Check on cash flow once a week. Ask for deposits, let people pay online…do whatever you must to get cash as quickly as possible.

If you’re planning to open a business, go for it. Just make sure you don’t make the same mistakes I made!