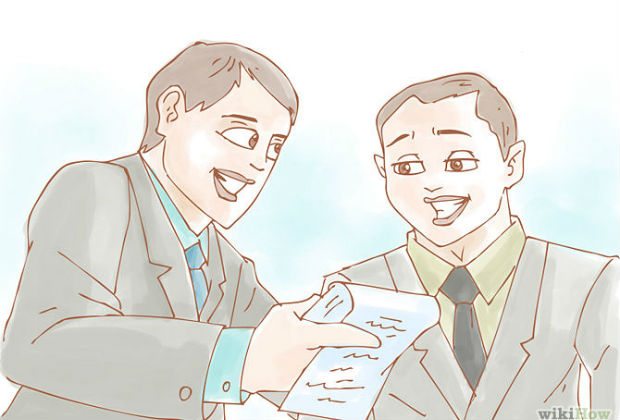 Sometimes you absolutely have to make your point. Here are 7 tips on how to do it effectively with style and grace.

While many people don’t like to sell, most find themselves having to persuade someone at some point. Persuasion is not just for salespeople and their prospects. You may try to persuade an employee to perform better, or perhaps you want to persuade your boss to take on your brilliant idea. Often the most effective persuaders are your kids. Somehow they come by it naturally while you, the adult, has to work hard to find the persuasive path to success.

Whatever your persuasive need, here are 7 things that the most persuasive people consistently do:

Truly persuasive people understand their power and use it sparingly and knowingly.  They understand that most conversations do not require trying to get someone to do or accept something. Aggressive pushers are a turn-off and will put most people on the defensive. It’s the person who rarely asks or argues that ultimately gets consideration when they strongly advocate an idea, especially when they do it with power and persistence.  Simply put, they pick their battles. Want to persuade more? Argue and advocate less often.

2. They Listen … and Listen … Then Listen Some More

People who know how to persuade also know that just pushing your own argument will get you nowhere. They certainly are able to articulate their position in a convincing way, but that is only half the equation. They are actively listening when in persuasion mode. First, they are listening to assess how receptive you are to their point of view. Second, they are listening for your specific objections, which they know they’ll have to resolve. Last, they are listening for moments of agreement so they can capitalize on consensus. Amazingly persuasive people are constantly listening to you and not themselves.  They already know what they are saying. You can’t persuade effectively if you don’t know the other side of the argument.

3. They Create a Connection

It’s easy to dismiss people who are trying to persuade you if you have no emotional stake in them or their argument. Really persuasive people know this, so they will be likeable and look for common ground to help establish emotional bonds and shared objectives. They show empathy for your position and make it known that they are on your side. They manage their impatience and wait for you to give them permission to advocate their approach. You’ll persuade people much more easily if they are open and aligned with your desires.

Really persuasive people understand that there is no sense wasting time arguing facts. Most of the world does not function in black and white. They value strong opinions and will make sure that you are entitled to yours. In fact, they will make sure they give you full credit for every argument of yours that has some validity. This makes it harder for you to fully dismiss their point of view. When you are persuading people, reinforce their credibility on facts and opinions rather than dismissing them outright. Then they’ll be more likely to pay you equal respect in the exchange and be more open to the merits of your opposing view.

Smart persuaders know that they don’t have to win every little battle to win the war. They are more than willing to sacrifice when it helps the overall cause. They are ready to find the easiest path to yes. Often that is simply to give you what you want whenever possible. In my old lending days, we would often deal with busy underwriters who asked for items we knew they already had. Instead of arguing the point, we would just resend the documents and save our energy for issues that were not so easily resolved. Give ground where you can and hold your ground only where it matters. Choose being successful over being right.

6. They Know When to Shut Up

Successful persuaders get that you don’t win the battle by constantly berating people with an unending verbal barrage. Wearing people down is not an effective strategy. They carefully support their arguments and check in with questions that will help to close the conversation. Then they step back. The great sales trainer Tom Hopkins still today teaches these decades-old techniques of his mentor J. Douglas Edwards. His most important lesson is “Whenever you ask a closing question, shut up. The first person who speaks, loses.”

7. They Know When to Back Away

Urgency and immediacy are often the enemies of real persuasion. It’s possible to close a less significant sale through urgency, but deep ideas require time and thought to take root. Great persuaders bring you along in your own time. And they give you the space and time to carefully consider their position. They know that nothing is more powerful than your persuading yourself on their behalf. That almost never occurs in the presence of the persuader. The next time you want to persuade someone of something truly important, follow the tips above, make your case, and walk away. If they don’t come around, you were probably wasting your effort in the first place.