3 Ways To Overcome Fear Of Failure

3 Ways To Overcome Fear Of Failure 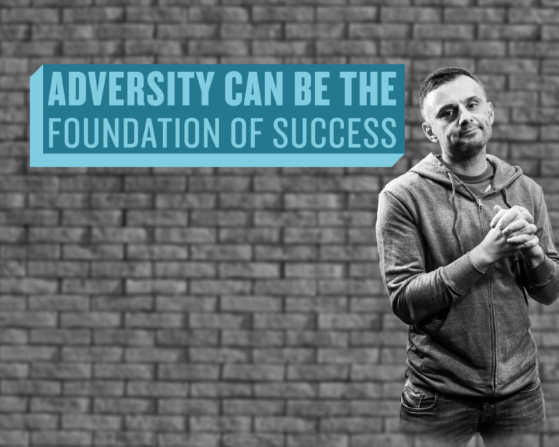 Your adversity and your “losses” are your biggest strengths in today’s environment.

There are still a ton of problems in the world, no doubt.

People coming from struggle and adversity have an advantage in this era with the internet.

I want to change the conversation around fear of failure and adversity.

You might not want to hear it, but I genuinely believe that your adversity and your “losses” are your biggest strengths in today’s environment.

The internet is creating a more “even” playing field in every industry — so if you’re not entitled or soft, you’re going to have a massive advantage over everyone else in the coming years and decades.

Why Your Adversity Can Be Your Biggest Strength

A few decades ago, things were different. Adversity really wasn’t as big of an advantage because of one main thing:

You’d have a handful of old dudes in the media who controlled what everybody heard and thought. In the music industry, you had a handful of executives who decided who got signed and what songs they could have on their album. If you wanted to start a business, there were a lot of costs involved in building one or growing one. Rich kids had a real advantage over people who didn’t come from privileged backgrounds.

Think about it … when I was in my 20s, it was so much harder to break into an industry like music. You had to go on the street corner, hand out CDs, and pray that Run DMC or another huge artist heard your tracks.

Today, the internet puts everyone on a more “level” playing field.

There are still a ton of problems in the world, no doubt. But I really think that people coming from struggle and adversity have an advantage in this era with the internet.

Here are my thoughts and POVs on how to understand that and make that mental shift:

1. Stop Worrying About Other People’s Opinions

This is really what it comes down to 99% of the time.

People are scared of other people’s judgement. People say they’re scared of losing money or failing in business, but if you dig to the core of it, they’re worried about what other people would think about their loss.

They’re worried that their mom or brother would tell them they should’ve “stayed in school” or taken a safer path.

Personally, I make a bunch of mistakes every single day. I deal with adversity constantly, and I’m always under pressure.

But I love losing.

I love losing because I don’t care about what you think about my loss. That’s why navigating the business world is so easy for me.

The truth is, no one has 100 percent context on your life outside of you. That’s the reason I don’t value other people’s opinions over my own – not even my own wife’s or mom’s. It’s because they don’t have full context on my intent.

It’s why I don’t fear failing in front of them.

I have empathy for their opinions because I understand how they could come to their conclusions with limited context. But I never take those opinions to heart.

2. Give The Future More Credit Than The Past

The thing that fascinates me the most about people is that they put the past on a pedestal, and underestimate the current and the future.

It’s like they’re looking dead in the face of getting results, yet the fear of the replication of something that happened in the past is stopping them from “going.”

When you look forward to the future instead of dwelling on the past, you get faster at making decisions.

To me, the past is over. It doesn’t exist anymore. I’m only living in the current and the future.

I don’t know how to be anything other than grateful and optimistic in a world where the odds of becoming a human being are 400 trillion to 1.

The only time I look to the past is when I’m using my story to my advantage.

3. Redefine What It Means To “Win”

People get envious of others and fear failure because they define the “game” in the same way the world tells them to define the game.

The reason I have no fear of failure is because I don’t have the same “indicators” of success as other people do.

For example… when people ask me which entrepreneurs I look up to, my answer usually surprises them. I don’t answer with the cliche “Steve Jobs”, “Elon Musk”, or other billionaires.

I’m inspired by people in the dirt – normal people in average jobs who decide that they want to build something for themselves, people who don’t “get” Facebook or Instagram, but are determined to figure it out or people who have humility to put in work in the face of judgement.

That’s why it’s easy for me to not get jealous of people.

Let’s take LeBron James and Michael Jordan, for example. People love to debate who’s the “better” player. If you take it at face value, LeBron James has 3 NBA championships, but MJ has 6.

The reason it’s easy for me to stay in my own head is because I’m able to contextualize. For me, success isn’t about having the most money or taking the most vacations. I’m playing a different game.

Contextualizing is really important when it comes to focusing on what actually matters.

For example, a lot of parents feel like they have to be financially successful to set their kids up for a strong future, but I don’t think that’s necessary. I’d much rather have parents who were homeless but instilled the right values in me than parents who were “successful” on paper

You don’t have to play by the rules that other people set.

And when you create the game in your own head, you can rig it in your favor every time.