10 Travel Apps You Must Try Out Today

10 Travel Apps You Must Try Out Today 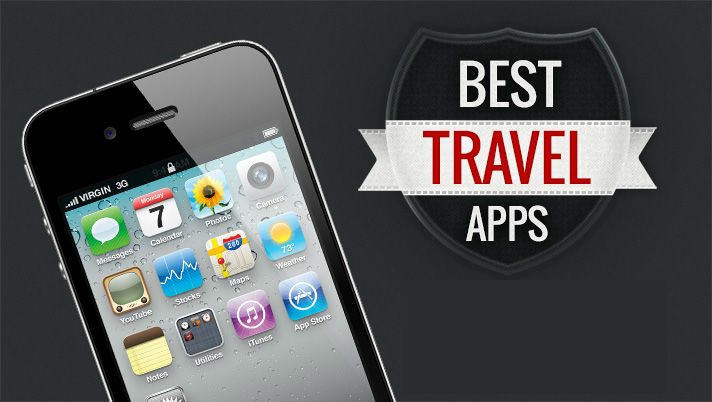 The good thing about Smartphones (besides being able to make calls) is the fact that you can travel around and the software on the phone is a big time help. Surely, with every other developer trying to gain in this smartphone market the apps numerous and there are some apps that don’t really help much, such as the holiday apps that tell you the name of the star you are looking at. But, there are some really good ones to make your life a lot easier.

Besides just saving your photographs, this app allows you to document your journey so that you have something to look back upon. The user can turn it into a scrapbook of images and also, and show on the map where you has been. This app also allows to add notes on where you have traveled and what you wants to remember. One can even organize trip into an online narrative if wish.

This is a translator app that converts spoken words into translated texts. The user can use it with over fifty languages. There is also a text-to-text feature which allows the user to use the app to translate as much text as one likes. The voice recognition and translation function works with eleven languages. It is perfect for going on a holiday where one might be lazy enough not to write them, rather want someone to note your words.

This is actually a collection of Wikipedia articles. The app has put in all the Wiki articles into an app that shows specific details for any particular area. All you have to do is pick out the area you want to visit, and you may see all that Wikipedia has to offer on the subject. You can see notes on demographics to things such as major news stories that have occurred in the area/location.

There is a website version of this app that is far bigger and more flashy. The basic stuff has been pulled out and pushed into this app. It tells you all that is needed to know about the area you are visiting. It has reviews and other such snippets of information that you might find useful. It lets you know about hotels, restaurants, car hire places, etc helping you make an informed choice.

This is a social media network built for people who travel a lot. There are reviews of places, traveling tips and advises on what to do, where to go and why. It has a lot of details about venues of interest along with money-saving tips. The information is as good as the people who put it in, as it is a socially powered app/community.

The app allows you to convert currency (virtually) as and when you see fit. It allows the user to see conversions too so that if she is in a shop and wants to know if the price is an expensive one, then you can use the app to check out.

This app allows the user to store document copies on her phone so that she may summon them up when she needs them. One may need to look at the time for plane, and with that app one may look up when it arrives via your own documentation.

As the name suggests,  this app helps the user to manage your jet lag. It asks one to put in travel times and dates and it will start to set alarms that wake you up at the best possible times. It even allows one to get into the swing of things before one sets off by waking up at the times one may wake up while going abroad.

It allows the user to track flights and even has maps of major airports so one can do a bit of planning before getting there. It is up-to-date so it can tell about delayed departures, delays for landing and cancellations.

There are even apps out there to help the user pack her cases (at least to plan it) and this is one of them. It suggests things for longer and shorter journeys and gives advice on fitting it all in. It also gives advice depending on the user is.

[The article was provided by Sonia Jackson who writes for Royal-essay.com]