10 Reasons You Have To Quit Your Day Job

10 Reasons You Have To Quit Your Day Job 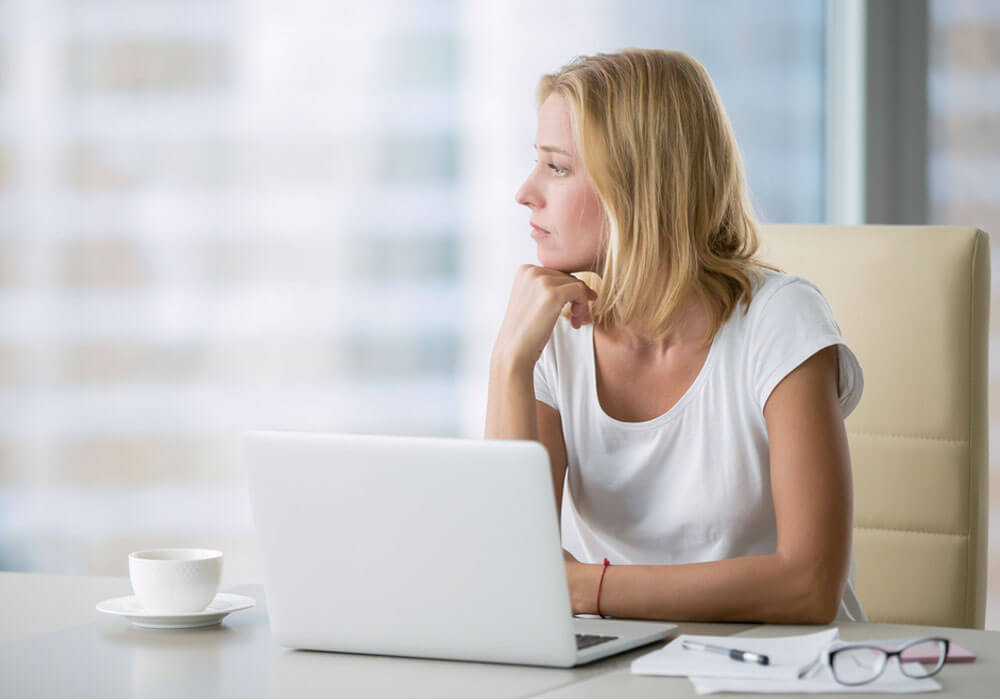 Then he said, “Don’t quit your day job”.

This is supposed to be a cruel way of saying, “Let other people be great. You stick with your job.”

So many people simmer with chronic despair, stuck in a job for five years, 20, 30, and they think they are too late.

But you aren’t. You never were. And you aren’t now.

This is what a job really is:

You are being paid MONEY in exchange for your UNHAPPINESS.

It’s a price on your unhappiness. Not your services. You decide what that price is.

Or you can take the red pill.

Some Things I Realized about a day job:

MONEY IS NOT A REWARD.

Money is a ceiling. It’s a bribe to stop you before you reach your potential as a human.

“Take this money so you can do what we want you to do and not what you want to do. Money is compensation for less happiness.”

And then they put in a false rewards system. A promotion. A raise. The false praise of a boss who has been a veteran prisoner only a few years more than you’ve been.

The money is there to delay you from living your life’s potential.

I had a cubicle at my job. Depending on how close your cubicle was to mine, that usually meant you were a better friend.

Cubicle mates are forced friends. When cubicles are moved, I’d often lose touch. And when I left the job, I lost touch with everyone.

Now I had new friends.

If a friend got promoted, I’d get jealous. Maybe they got an office instead of a cubicle. Often that was the end of the friendship.

And where were my real friends? I don’t know. I was too busy with my forced friends to find real ones.

YOU SOLD YOUR DREAM

Counting down the minutes to five. Commute (watching the men and women looking down to the muddy floor on a subway).

The subway is the underground animal kingdom. A shadow of what hell might be like. Filled with mysterious strangers all inches from dangerous intimacy.

I would wonder almost every day: what if the Apocalypse happened right now, outside of the subway car, everyone dead except us travelers through this one cave of hell. What a coincidence we were here!

Now I’d have to spend the rest of my life only knowing them. Would that woman be my new wife? Would that man try to kill me or eat me? Suddenly the homeless man, practicing for this new reality for the prior 12 years, just went from the Omega male on the subway to the Alpha male.

I’d better be his friend.

Fantasy over, commute over, get dinner, now I have to relax and de-stress. Because the 9-5 is chronic stress on a “low simmer”. Nothing can quite get cooked but everything is hotter than comfortable. And it never stops.

Where did the time go? The time I had set aside to play. Where did I leave the sandbox? When?

THE MONEY IS FAKE

On one side is the money. On the other side is this month’s bills.

Like a junior high school dance, the boys and girls start on their own side of the gym. Then by the middle of month, they rush to meet each other. Hoping for one dance, maybe a feel, or a kiss, by the end.

And then it’s over. By the end of the month (because the US savings rate is 0) the dance begins again, the money and bills still anxious to meet. Afraid to touch.

For every dollar you make, 40% goes to taxes. At least 16% of those taxes go to support wars. Or…somewhere…a bridge to nowhere.

Now: a tiny bit left for a few books. A Netflix subscription and Verizon payment plan. Maybe a few date nights. A suit. A car payment. One night of poker where you lose a little too much, too early in the evening. Throw some in the 401k which may go up or down. And if you live to 65 (or 59), you might get some of it back.

Nothing left over. The dream postponed one more month.

YOU’RE BEING HYPNOTIZED AND ROBBED

The “lowest rung” on the corporate ladder is actually the person who creates the product that is sent to the customer.

The lowest rungs do the work. The guy who makes the fries makes all of McDonald’s profits.

The shareholders have to make most of the money or they fire the CEO. The CEO makes a lot of money. And all the bosses in between me and him all made A LOT more than me.

But I’m the one who created value.

Out of every one dollar of value I created, I estimated I made about 1/10 of a penny in salary.

I call my mom and my dad. Did you enjoy your day at work?

Because I hated myself.

I’ve been rich and I’ve been broke.

According to the IRS, the average millionaire in the United States has at least five different sources of income.

I remind myself of this every day. No one source will control my net worth. Ever.

A job, which is basically from 6 am (wakeup) to 9 pm every day, is only one source of income. And pays you less than 1% of the value you create.

And you have no time for anything else.

Every successful investor/entrepreneur in the world knows that diversification, taking calculated chances, and having the time necessary to be creative and unique is the key to making enormous amounts of money.

Ideas are the currency of the 21st century.

Ideas are where you have no ceiling on what amount of money you can make.

If you have a job, you have only one source of income, you’re prevented from taking risks, and you have no time.

So you don’t get the key. And the door is never opened.

“I was at GM for 40 years,” a man told me. “I was middle management. So I wasn’t making the big bucks of upper management. And I wasn’t protected by a union like the blue-collar guys.

“The company went out of business. So I had no job, little savings, no union, and too old to get a new job.”

“I don’t know,” he said. He laughed. “Nothing wrong with bagging groceries for awhile.”

WHAT HAPPENED TO THE LAUGHTER?

The average adult…5 times a day.

I don’t know why this is. I asked a therapist who works with hundreds of people. He said…responsibilities.

But why is it sad to have a family and a home and the bills to pay for the things you enjoy? It can’t be responsibilities.

It’s because when we were kids we loved to laugh. And at a regular job, the laughter is stripped away by meetings and bosses and office politics and drudgery work.

“Can you get this spreadsheet done by 2pm?”

I guess I have to.

JOBS ARE GOING AWAY

I don’t know. They say jobs are going up. But I don’t believe it.

I went to NYU one day and interviewed students about their student loans. But I ran into some recent graduates. One guy said, “I wish I hadn’t gotten the degree. Now I work in an eyeglass store selling glasses to pay off over $100,000 in loans. I majored in filmmaking.”

The next generation is being stripped of its hustle. It’s creativity. They are crushed into round pegs to fit the meaningless holes waiting for them.

There are real jobs out there. But they are getting fewer.

I look at my friends who are happiest. They have created their own jobs. If they wanted a TV show, they started a YouTube channel and grew it.

If they loved health, they made their training business scalable with videos and online courses and scaled it.

Even worse, you have to go to the bathroom next to your boss. Nothing is more disgusting and humiliating. But we think we have to take it.

Energy is about movement, curiousity, passion, love. Use it or lose it.

I need to move, Move, MOVE!

I had started a company on the side.

I built it up for 18 months while I still had my full-time job. I had to learn so many things. Particularly how to sell a service and how to delegate some of the work I did.

I had to learn to balance a double-life. I had to work day and night for awhile.

Maybe I was too conservative. I was so scared to quit my job.

But I had my EVIL PLAN. I started my company, I built it up slowly, and finally, I quit my day job when I felt ready.

Do you have your evil plan?

I’ve met so many people on this path.

People who have taken different roads all of their lives and now flourish and survive in the universes they created for themselves. They chose themselves.

Choosing yourself is not about quitting your job. It’s about choosing your life. The universe you create for yourself.

I quit my day job.

It was horrible. It was blissful.

I never looked back.