10 Best Virtual Reality Toys (And Tools) Out There

10 Best Virtual Reality Toys (And Tools) Out There 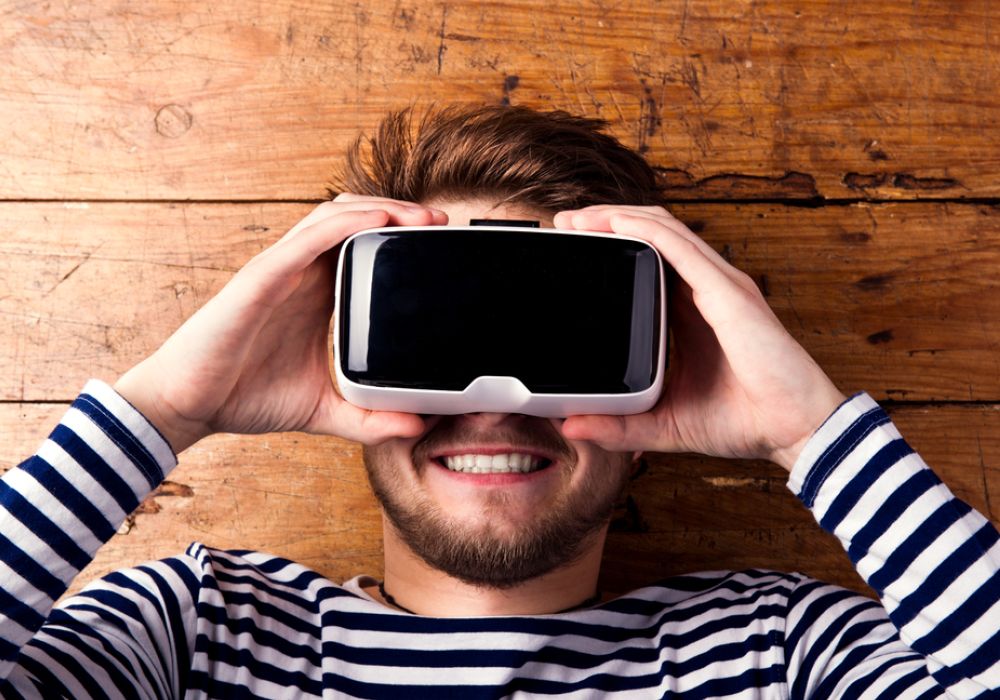 The early 90s were an exciting time in the world of technology: the Internet had just started to take off, Microsoft had just introduced the world to Windows 3.1, and in 1994, IBM released the Simon — the world’s first smartphone. While very few of these early technologies resemble their modern counterparts, these initial sparks started a rush of development that rapidly caught fire, leading to many of the conveniences we enjoy day.

Yet, somewhere in that grab-bag mix of proto-gadgetry and emerging tech, there was another development that seemed to be the starting point of something world-changing: virtual reality. While virtual reality had been an idea that had been toyed with before, never before had it seemed so close. In 1991, SEGA announced the Sega VR headset, and in 1995 Nintendo released the Virtual Boy. Soon after, a small startup named Forte Technologies released the PC-based VFX1.

Looking at a news clip from that time captures the public’s attitude toward virtual reality. Surely, this would be a technology that would be developed and spread around the world, right? The cyberpunk dreams of Neal Stephenson and William Gibson would finally be achieved!

Except… nothing happened. The tech disappeared, and the world forgot about virtual reality entirely.

That is, of course, until recently. With the launch of both the Oculus Rift and the HTC Vive, virtual reality is suddenly a big deal again — and it’s come a long way since the days of rough polygonal trees and yard work simulators. So, if you’re looking for your own trip into virtual reality, where should you begin — and what do you absolutely need to see?

Strapping Into Virtual Reality: The Best Headsets for Every Budget

If you’re looking to get into virtual reality, the first thing you’re going to need is a headset, commonly referred to as an HMD (head-mounted display). These range in price from $15 for something like Google Cardboard all the way up to $799 for the HTC Vive. While both will provide an immersive experience, they are designed for different uses — and different users. To figure out which headset is best for you, we’ve put together a quick guide of some of the more popular HMDs:

Yet, there’s a reason why it’s so cheap: first off, you’re literally strapping some cardboard to your face. Secondly, the optics (the lenses that separate the screen the image is projected on from your eyes — so that you can see things despite your face being an inch from the screen) are rudimentary.

The Gear VR is the next step up from the Cardboard. Much like the Cardboard, it’s designed to be used with your phone (specifically, a Samsung Galaxy S6 or S7). The optics are a little bit better, and because it’s not made out of recycled paper, it is much more comfortable.

It also has the advantage of having access to Oculus Home — which means a wider array of virtual reality apps and tools are available to you. 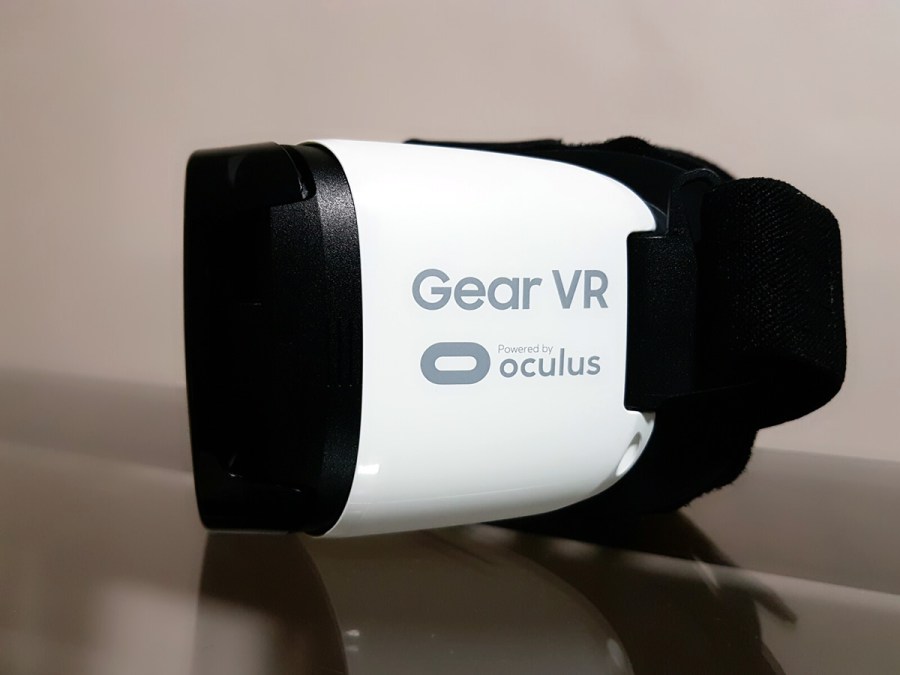 The Oculus Rift is largely responsible for the new wave of interest in VR. Thanks to a successful Kickstarter campaign that delivered two dev kits (titled DK1 and DK2) to early adopters, we were finally able to see what VR would be like in the contemporary era.

While the Rift is considerably more expensive than the Cardboard or the Gear VR, you get quite a bit for your money. The Rift’s HMD features optics that are a much higher quality, plus it can detect your position in space, meaning that when you move your head forward in reality, your head will move forward in virtual reality.

While this might seem like a minor thing, it means a whole lot less “simulator sickness” — the term for motion sickness experienced in virtual reality.

The Rift is also a gorgeous piece of tech that is incredibly comfortable (it’s by far the easiest device to wear for long periods of time). Unlike the Cardboard and Gear VR, the Rift is not meant for use with your cellphone. If you want to use the Rift, you’re going to have to connect it to a PC — and a pretty rockin’ one, at that. While that means a much more high-definition experience, it also means you’re probably not going to be able to use a Rift without a fairly extensive PC upgrade. With that said, you can purchase an Oculus Ready PC that is guaranteed to work with the Rift.

The HTC Vive, just like the Rift, is designed to be used with a PC. Likewise, it has many of the same features that the Rift does. So then, why the higher price?

The Vive was built from the ground-up to be a “room scale” experience. This means that, unlike the Rift, you aren’t supposed to just sit in your computer chair with the Vive. No — with the Vive, you’ll have the most fun if you have enough space to walk around. The Vive comes with two Lighthouse sensors that must be placed in opposite corners of a room. These sensors not only track the HMD, but they also track two handheld controllers that replace a traditional keyboard, mouse, or gamepad in virtual reality.

To put it another way: while with the other headsets, you’d tap a button to pick something up off a shelf, with the Vive, you’d have to reach your arm out and actually “pick up” the object in virtual reality. The end result is an immersive experience that you have to see to believe.

The PlayStation VR is built around use with the PlayStation 4, Sony’s video game console. Much like the Vive and the Rift, the PlayStation VR HMD uses advanced optics, is comfortable for long-term wear, and has similar head tracking technology. The big difference is simple: in order to use one, you need to own a PlayStation 4. While this is probably just fine for gamers, developers and those looking to look at VR from a more utilitarian perspective probably aren’t the target market here.

5 Virtual Reality Tools & Toys You Need to Own

While the hardware behind virtual reality is fascinating, no one is buying an $800 device just to stare at it! Virtual reality is all about what kind of experiences you can have in cyberspace: from creating a beautiful painting out of light itself, to working at your desk (except now your desk is in the middle of the Milky Way), to training to become a space pirate. Here are our five favorite virtual reality tools and toys:

Have you ever wanted to paint using light itself? With Tilt Brush, that’s not only possible — it’s downright easy. Tilt Brush allows you to paint with numerous brushes in three-dimensional space. This means that you can easily construct both “flat” paintings, as well as ones that are literally jumping out at you. You can create 3D models, light graffiti, and anything else you can imagine.

Of course, we have to spend some time talking about how wonderfully designed Tilt Brush’s interface is. While one controller functions as the brush, the other functions as a pallette. At any time, you can move your palette to select your brush, its color, and any other variable you want to adjust. After a few minutes, adjusting your brush becomes second nature. It’s an incredibly intuitive system, and it really shows how UI and UX design follow different rules in virtual reality. Here, a traditional UI would be clumsy — developers have to focus on user-centred design to make a UX that is seamless.

Despite being the simplest tool on this list, if you have a HMD, Virtual Desktop is something that you absolutely must try. Virtual Desktop mirrors your monitor (or monitors) in virtual space, meaning that when you put your headset on, you will be sitting in front of a huge version of your desktop screen.

You can configure Virtual Desktop to curve around your head (so that you can feel a little like Iron Man), or you can set it to make your screen tower in front of you. You can also set your environment so that your new office is in the middle of a spiral galaxy, or on the beach, or a thousand other user-created options. Additionally, Virtual Desktop can serve as a video player — making it easier than ever to watch 360 YouTube videos.

SoundStage VR is built around a simple premise: what if you had access to every bit of electronic sound-making equipment right at your fingertips? SoundStage VR allows virtual musicians to wire up their own instruments and play them. While it’s powerful enough for professional musicians to make some pretty cool tunes, anyone can have fun in SoundStage VR by just hitting on things in virtual reality. After all, who didn’t craft a makeshift drumkit out of a few pots and pans as a kid?

The headphones would make this experience immersive in a new way, cutting out external sounds and distractions.

When people slip an HMD onto their head, often their first question is an excited, “Where can you take me with this?” A good chunk of the fiction that’s been written about virtual reality over the years has always focussed on taking someone far away from wherever it is they are. Destinations is the easiest way to achieve that goal, no matter where it is you want to go.

Destinations allows users to explore community-created “destinations,” which can be anything from actual ancient ruins to a literal bag of potato chips. You can’t “walk around” in these places, but you can teleport small distances, offering up the illusion of moving around and exploring.

While this list has been more focussed on fun tools and experiences in VR, there are certainly a ton of VR games out there. So, why pick this one? In a word: feel.

It’s an incredibly basic concept: shoot robots that are flying toward you and dodge the lasers they shoot at you. The way that Space Pirate Trainer pulls this off is unreal. While there are many of these dodge-the-projectile games for virtual reality, this is one of the only ones that will make you quite literally hit the deck in fear. That’s not because it’s particularly scary, it’s just because the developers have put a lot of time into making the game feel like it has weight.

When you’re holding the controller in your hands, the information presented to you in the game is enough to trick you into thinking that you really are holding some kind of weird space pistol. The UI in the game is entirely dependent on that connection, too. That’s where you can see what the firing mode of your weapon is, and where you can see how many shots you have left.

It’s a brilliant design that makes it feel less like you’re in a simulator, and more like you’re seriously stuck on the deck of a ship with a few hundred buzzing robots trying to melt your face off.

Even if you aren’t a gamer, Space Pirate Trainer is absolutely worth a spin.

Virtual Reality is Finally Here — But What’s Next?

While it might’ve taken a decade or two for technology to catch up with our imaginations, virtual reality is finally starting to come into its own. With that said, virtual reality is still in its infancy. Over the next few years, we’re super excited to see where developers decide to take us.

The limitations of virtual reality are almost limitless, and as computers get faster and HMDs evolve, there’s really no telling where this technology will go next.