No. Of Ecommerce Unicorns In India

No. Of Active Ecommerce Startups In India 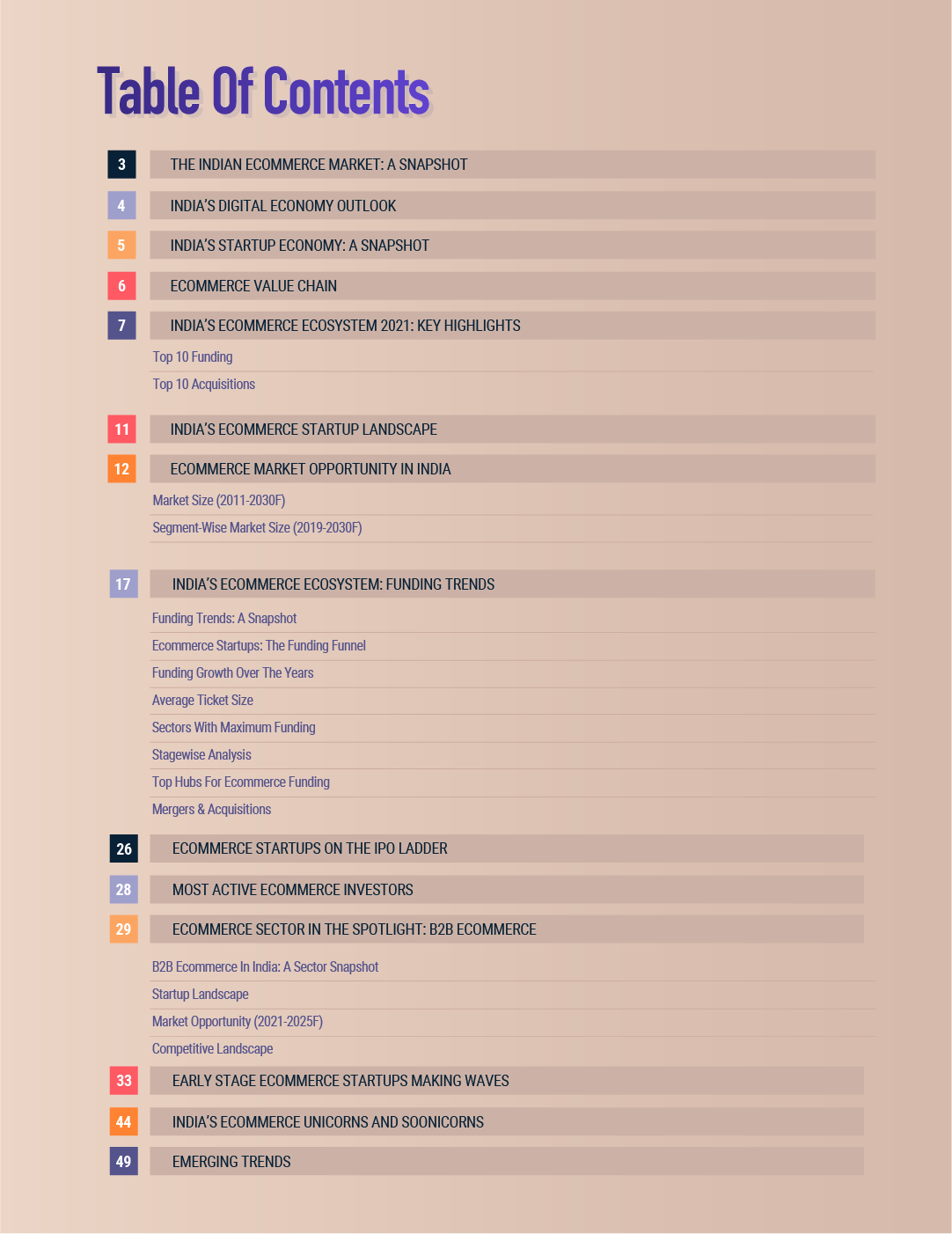 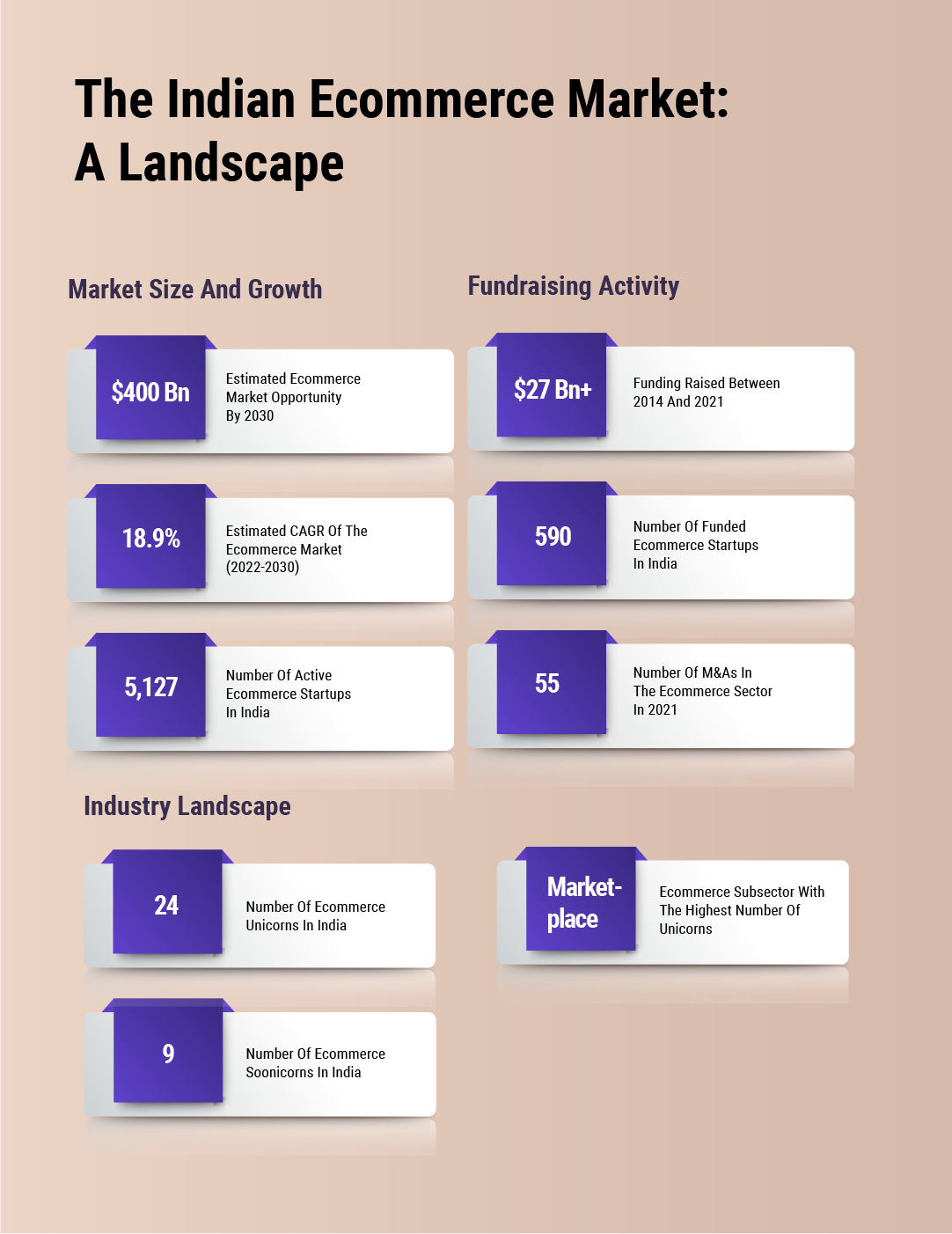 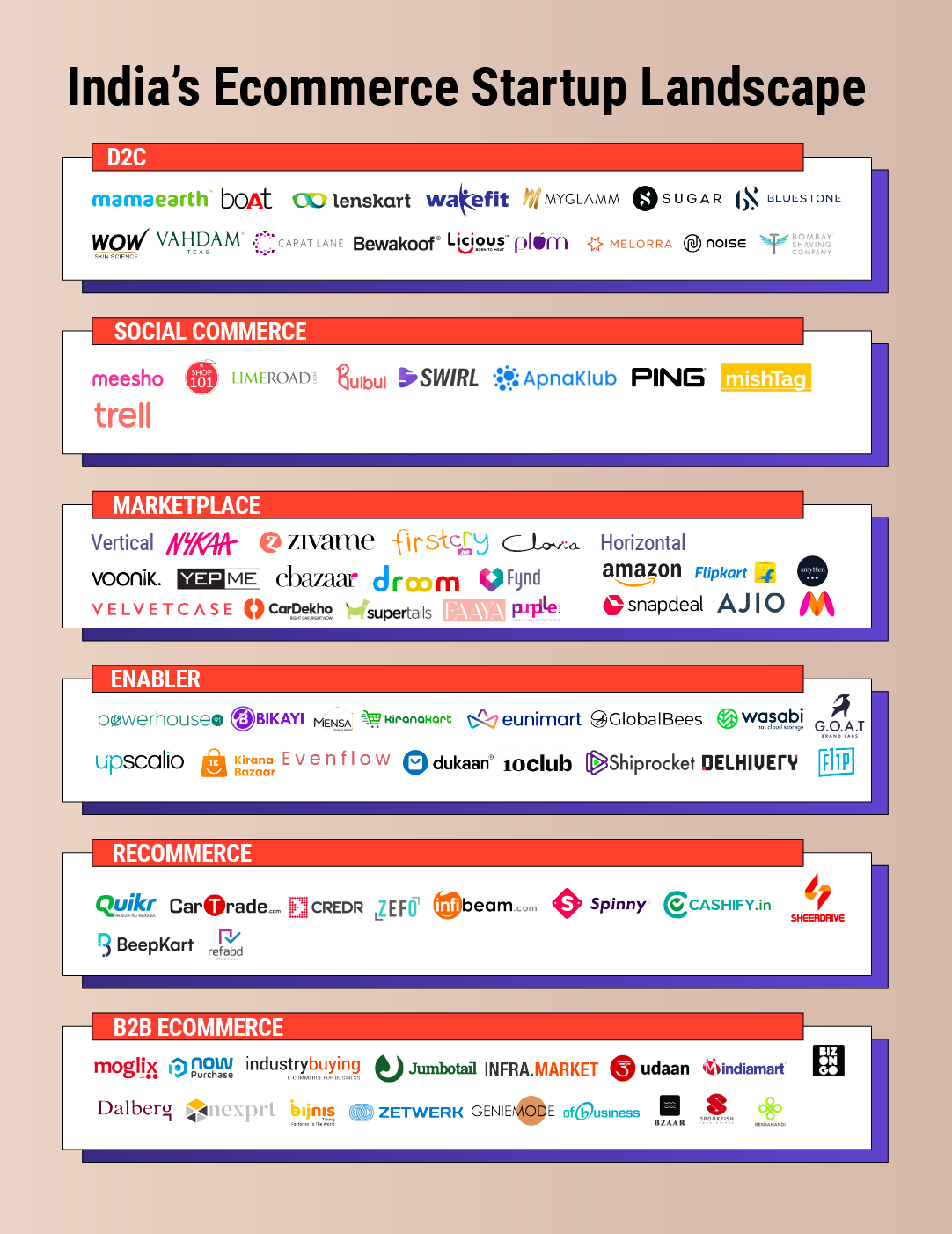 The Indian ecommerce sector is expected to grow significantly due to the rising popularity of the D2C model, the emergence of the Thrasio model, a boom in the number of online shoppers, the growing popularity of content commerce, the government’s initiatives to promote digital adoption and the rise of the same due to the outbreak of the Covid-19 pandemic. The growing number of startups in the ecommerce space and the increasing investor interest will also accelerate this growth.The sector witnessed a whopping more than 1000% growth in funding in 2021 compared to the previous year. India has also bagged the ninth position in cross-border ecommerce growth worldwide, according to the Payoneer report, 2020. Supported by government initiatives, a rise in the internet and smartphone penetration, an unprecedented growth in the number of online shoppers and the growing popularity of the D2C model, the Indian ecommerce market opportunity is estimated to reach $400 Bn by 2026.