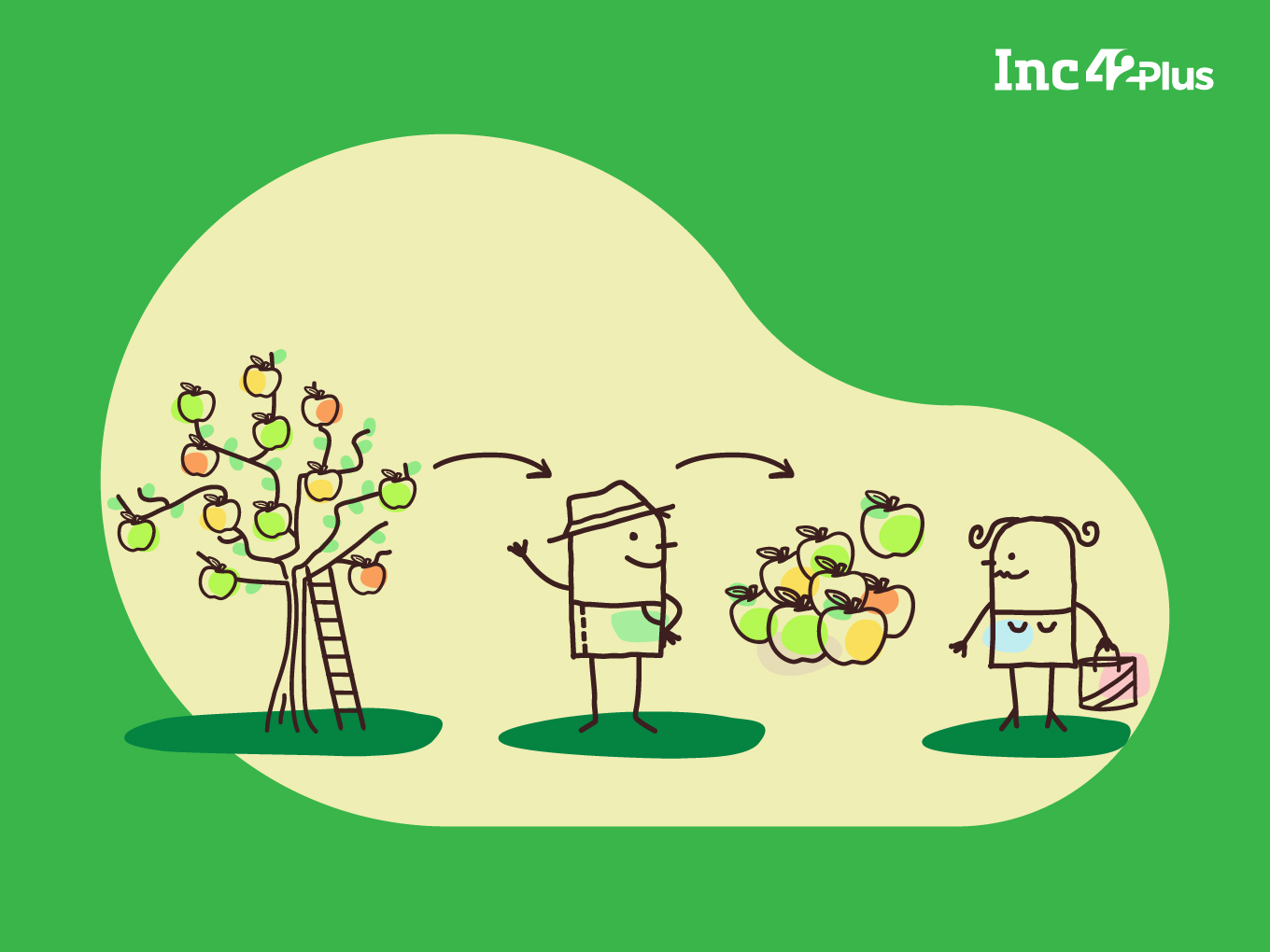 Private traders and middlemen have always dominated the agri markets in India. The multiple layers of intermediaries across the supply chain lead to farmers' exploitation as they get the least share of the profits their produce brings in

In the past four-five years, India's market-linkage startups such as Ninjacart and WayCool are reducing the links in the supply chain to free farmers from the clutches of middlemen

With the Covid-19 pandemic pushing retailers towards emandis instead of physical markets and the latest agri reforms opening up new opportunities, startups can further widen the horizon

Once least favoured, agritech is today betted as one of the most resilient sectors. The pandemic has further pushed farmers to leverage technology offered by the startups in the space, thereby making the sector a hotspot of investments. Is India’s agritech on the brink of a permanent transformation or the newly-found success a passing cloud? This playbook explores!

Among the key obstacles crippling Indian agriculture, the most challenging one is the exploitation of farmers by multiple intermediaries. As most farmers cannot afford to take their produce to government-regulated mandis due to high transportation costs and storage issues, they are often compelled to sell to middlemen at a low price. The number of these middlemen across the supply chain is too many — anywhere between 8 to 12, including state-level and district-level distributors, village aggregators, wholesalers and retailers. So, the major chunk of the profit is mostly pocketed by them, leaving farmers in the lurch.

The Government of India passed the Agricultural Produce Market Committee (APMC) Act in 1963, which has since been updated in 2003 and 2017, to address the vulnerabilities in agricultural supply chains, and farmers were required to sell their produce at mandis or the government-regulated markets. It was expected to eliminate all exploitation by middlemen. But in the following decades, the high entry barrier, complex layers of taxes and the monopoly of the states made the situation even worse. It has accentuated the need for eliminating these middlemen, decentralising the agri-food systems for better resilience and connecting farmers to markets to ensure maximum benefits.

Changes are being worked upon to bring farmers’ interest back on track. Recently, the Parliament has passed two farm bills and one of them, the Farmers’ Produce Trade and Commerce (Promotion and Facilitation) Bill, 2020, aims to end the monopoly of the APMC mandis. The new regulation allows farmers to supply directly to corporates, albeit required quality standards and consistency are to be met. Although experts have pinpointed some flaws in the bill such as zero bargaining power for small farmers and exploitation in the hands of private players, for agri-businesses and startups, especially those in the market linkage segment, this is expected to bring in more traction and investments.

Moreover, both Central and state governments are increasingly looking at tech-based solutions for streamlining the supply chain and ensuring better price discovery. The launch of the electronic National Agriculture Market, or eNAM, in 2015 was one of the most successful initiatives towards this vision. The government-controlled electronic trading platform connects all mandis and provides a single-window service for all APMC-related transactions and information. The idea is to bring about standard pricing and quality across markets.