The company doubled its revenue to INR 77.5 Cr but with 7x drop in profit, leading to a loss

Perfios raised $50 Mn last year, and acquired one startup to expand its operations

Besides this, the company made nearly INR 3.5 Cr from other sources, including interest on fixed deposits, interest on income tax refund, net gains on sales of mutual funds investment and miscellaneous income. In FY 2019, the company had earned INR 51 Lakh from such other sources. The company’s financial statement also highlighted that it earned INR 3.43 Cr from the export of services, nothing a major spike from the INR 7.75 Cr registered previous quarter. 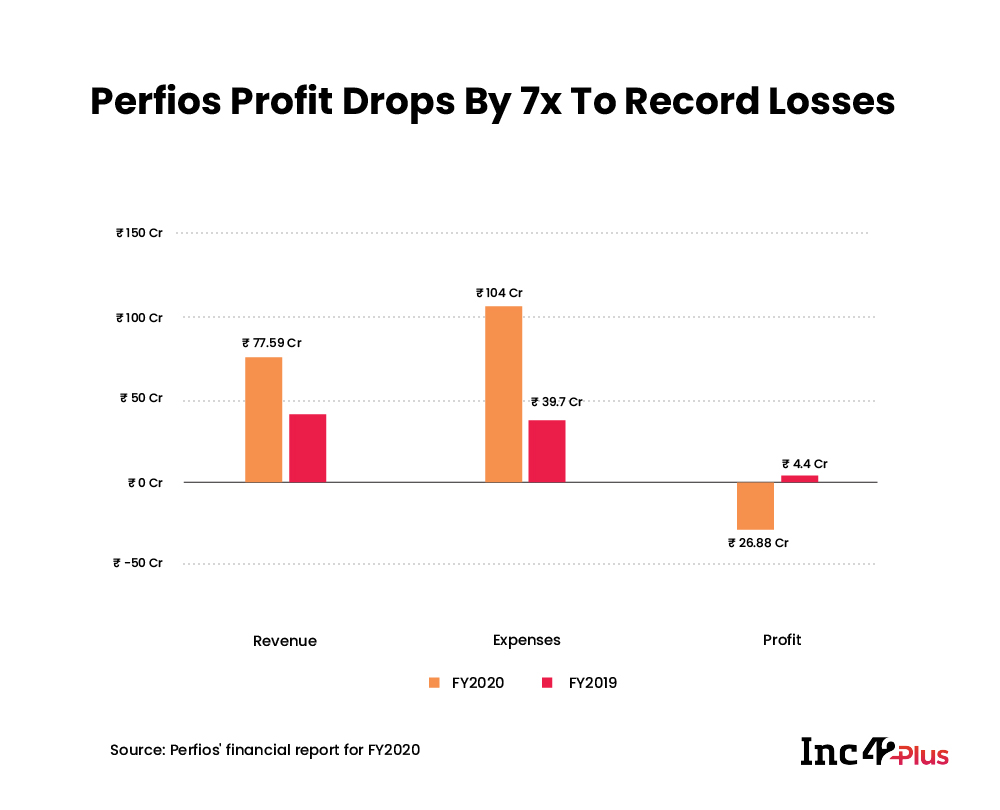 As far as Perfios’ revenue from operations are concerned, the company had nearly doubled its income from sales of services from INR 34.96 Cr to INR 65.24 Cr in FY202020. The company has earned INR 8.55 Cr from software support for loan processing, noting a slight increase from INR 7.83 Cr earned the previous financial year.

Other sources of operational revenues were subscription fee, financial wellness programme and customisations. 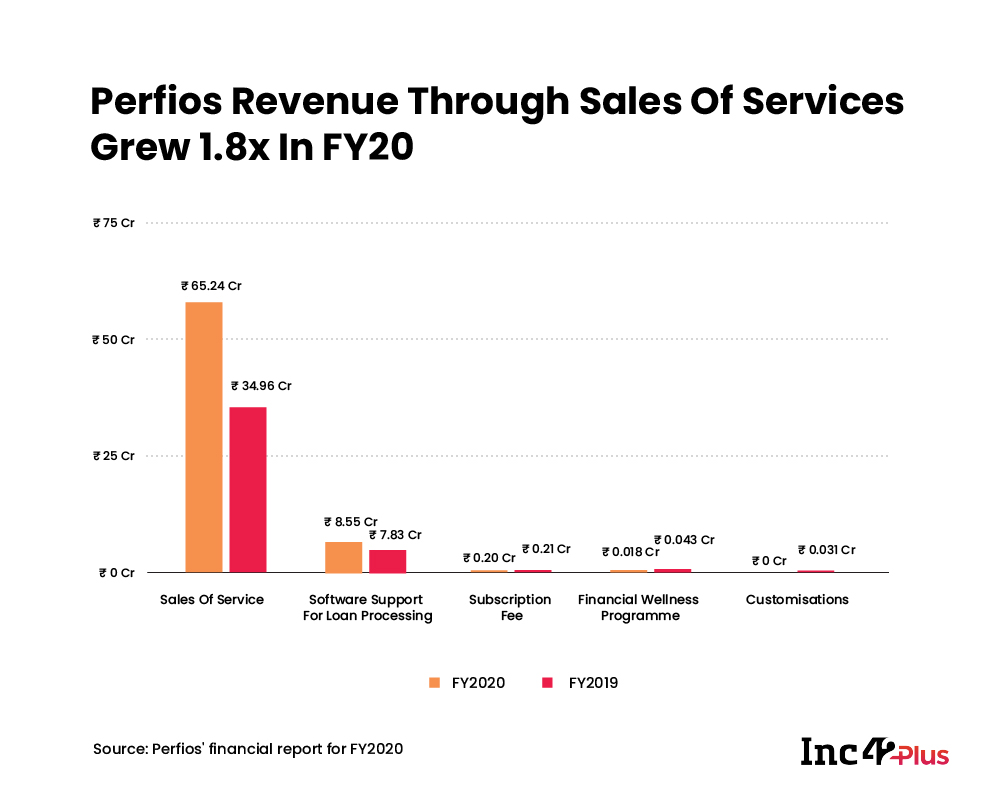 This year, however, Perfios decided to give its employee bonuses worth INR 29.51 Cr in lieu of employee stock option, which led to another INR 1.18 Lakh expense. 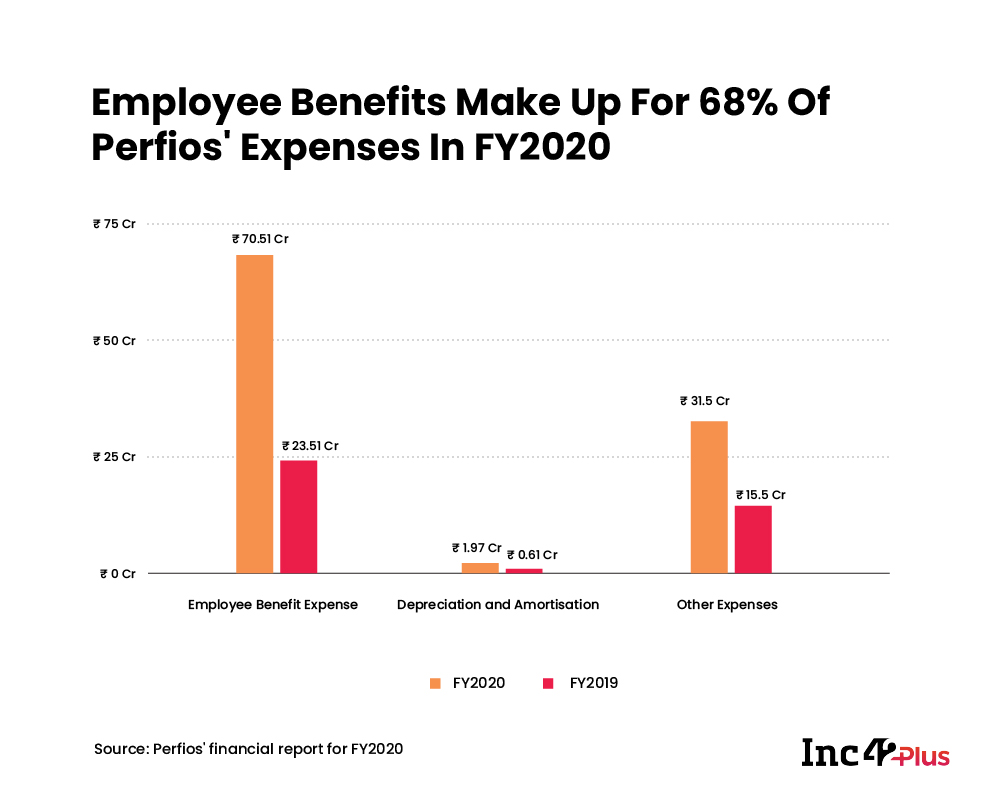 Notably, the company’s marketing spends had substantially grown from INR 24 Lakh in FY2019 to INR 3.79 Cr in FY2020. According to the company’s financial statements, it spent nearly INR 3.53 Cr as marketing fees in foreign currency in FY2020, which is a new expense for the company.

Founded in 2009 by V R Govindarajan and Debasish Chakraborty, Perfios is a credit decisioning and analytics company which operates in both B2B and B2C segments. The platform enables financial institutions in real time decisioning, analysis and credit underwriting, which helps lenders evaluate a loan application in a better manner.

Besides this, the company had also acquired Noida-based fintech startup FinTechLabs, which provides digital lending management software to banks, NBFCs, digital lenders and other financial institutions globally. The acquisition was completed in November 2019.