The loss was due to the strategic investment Betterplace made to facilitate higher growth in the upcoming years, says CEO Pravin Agarwala

Betterplace managed to reduce its operating expenses in FY2020 by nearly 21% from INR 19.5 Cr in FY2019 due to technology intervention 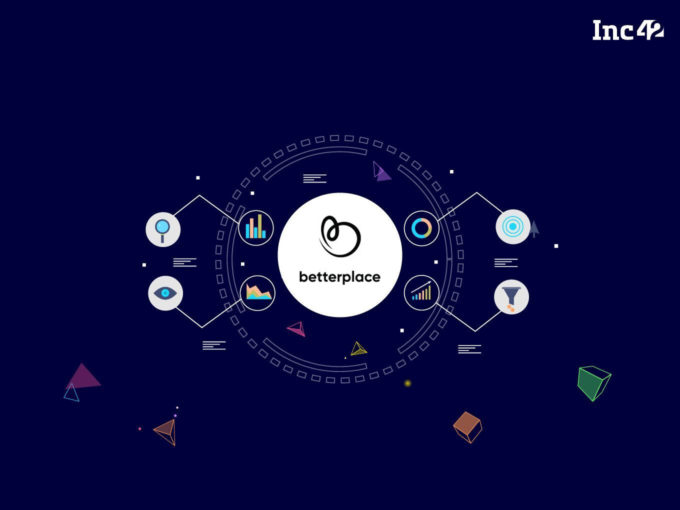 The year 2020 was a tough one for blue-collar workers, who found themselves out of work. This pandemic has once again highlighted the vulnerabilities of the job market and the need for technological intervention to help gig economy workers stay afloat.

Blue-collar workforce management is one of the biggest industries in the Indian economy.  Urbanisation and deeper penetration of the internet have helped players like QuikrJobs, LinkedIn, Just Jobs, Aasaan Jobs and Google, among others to make inroads into this segment. Meanwhile, there are companies like Betterplace, which focus solely on B2B to bridge the demand and supply gap.

Betterplace’s cofounder and CEO Pravin Agarwala believe that the company’s growth was because of its focus on value proposition and increasing customer loyalty. Beyond this, he claims to have spent heavily on better and simpler technology to not only increase customer retention but also onboard more users.

Agarwala added that Betterplace has also been focused on building a stronger team in order to scale in a better way. Though FY2020 was not profitable for the HRtech startup, it claims the spending was a part of its strategy to scale up and achieve higher growth in the coming years.

Betterplace started its operations in January 2015 as a background verification company. However, the company realised the need for an enabler to bridge existing demand and supply gaps in the ecosystem, thus moving to a B2B2C business model and creating a digital platform to enable the ecosystem.

The company now provides lifecycle management services, which include onboarding, background verification, training, certification and attendance management. The company also helps employees get reskilled. They back employees avail financial services like loans, insurance, etc, using their proprietary trust scoring. With its services, Betterplace is not only helping enterprises make better hires but is also helping blue-collar employees get out of their vulnerable position and get better opportunities.

Betterplace, which was founded by Agarwala and Saurabh Tandon, has raised about $16 Mn to date from marquee investors 3one4 Capital, Venture Highway and Unitus Ventures. It last raised $10 Mn (INR 73.7 Cr) in Series B from its existing investors.

It claims to have nearly 1,400 clients, of which nearly 700 were added in the FY2021. Its customers include Dunzo, Ola, Flipkart, Amazon, Swiggy, and Accenture, among others.

Loss After A Profitable Year

Betterplace had turned profitable last year, though with slender margins. Prior to that, the company had reported a loss of INR 81 Lakh in FY2018, INR 78 Lakh in FY2017 and INR 53 Lakh in FY2016. While going from losses to profit is definitely a positive move, going back to losses that too with a wide margin is a different ballgame.

Commenting on the same, Agarwala told Inc42, “It’s not losses, as we say. We were profitable in FY 2018-19 and we booked a positive EBITDA. Then we started putting more acceleration in our growth path and started building stronger technology and sales teams.”

He noted that this was one of the reasons why Betterplace managed to reduce its overall operational overheads by nearly 21% from INR 19.5 Cr in FY2019 to INR 15.4 Cr in FY2020, despite the spending on hiring.

The CEO added that the company will see a greater decrease in operational expense in the upcoming financial statements as Betterplace looks to make more bets on the technology front. He claimed 150% productivity, compared to FY2019, at 75% workforce strength.

Betterplace claims to have created new modules around sourcing and onboarding, digitising the entire process, and building solutions for better management of employees. These include touchless attendance, automated calculation, automated valuation rostering of deployment of resources, and benefits. “For the next 18 months, we have the clear roadmap of what are the components we will be looking at,” Agarwala added.

One such investment was the ‘contract workforce management’ system, which is a gig staffing model introduced at the end of 2019. It has helped the company earn about INR 5.43 Cr but at an expense of INR 5.39 Cr in FY2020.

Going beyond technology, Betterplace believes that investing in employees is also an important part of running a business. This is also reflected in its financial statement as the company managed to nearly double its employee benefits cost from INR 9.37 Cr in FY2019 to INR 17.08 Cr in FY2020.

It spent about INR 15.6 Cr as salary and wages, INR 57 Lakh as a contribution to provident fund, and INR 64 Lakh as staff welfare expense in FY2020. Now the company has been focusing heavily on its sales team.

From a team of 30 salespersons in FY2020, the company has added an additional 50 members to its team in the last eight months. It aims to hire another 50 and grow the team size to 130 members by February 2021. Overall, Betterplace has about 206 employees.

Though deterred by the pandemic in the first quarter, Betterplace is expecting a 100% growth in FY2021. It is also planning to launch new products to enhance productivity, simplify the increment process, and digitised compliance issues.