The DFI will have a lending portfolio of INR 5 Lakh Cr to boost credit access for small businesses, MSMEs

FM has also proposed to set up bad banks to takes over the bad debts of banks, thereby helping the banks have a clean book 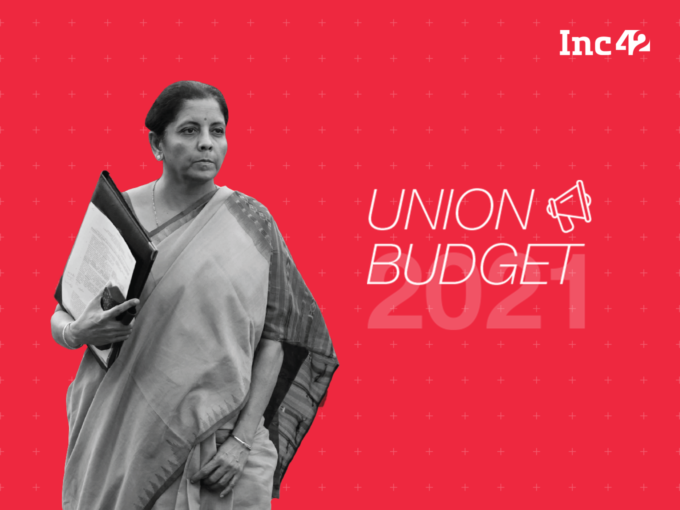 Finance Minister Nirmala Sitharaman, while presenting the Union Budget for 2021-22, has proposed to set up a “world-class” fintech hub near Gujarat capital Gandhinagar at GIFT City (Gujarat International Finance Tec-City).

Located on the back of the Sabarmati river, GIFT City is a planned business district that connects Ahmedabad and Gandhinagar. It is spread across 886 acres of land with 62 Mn sq ft of build-up area that includes office space, residential apartments, schools, hospitals, hotels, clubs, retail facilities and other recreational facilities.

According to its website, the district is equipped with the latest technology and global best practices in infrastructure service delivery to offer international working and living standards. It also consists of a conducive multi-service special economic zone (SEZ) and an exclusive domestic area, along with India’s first International Financial Services Centre (IFSC).

Besides this, the government will also introduce a bill to set up development financial institutions (DFI) with an outlay of INR 20,000 Cr to boost credit access for small businesses, MSMEs as well as those working in areas of focus such as manufacturing and infrastructure.

DFI are organisations owned by the government or charitable institution to provide funds for low-capital projects or where their borrowers are unable to get it from commercial lenders. The DFIs will aim to have a lending portfolio of INR 5 Lakh Cr over the next three years. Unlike existing DFI’s, the latest one will be professionally managed, Sitharaman has announced.

To tackle recapitalisation of banks in the light of bad loans and rising number of defaulters, the FM proposed the DFIs for shoring up the capital of public sector banks. She also announced an asset reconstruction company (ARC) and – asset management company (AMC) to tackle the issue of bad loans among banks. A bad bank takes over the bad debts of banks, thereby helping the banks to clean up their books and focus on lending activities.

Commenting on the same, Saurav Jha, founder of a digital media platform DelhiDefence, tweeted, The announcement of an asset reconstruction company & asset management company aka the ‘bad bank’ approach is the right step. China did this in early 2000s and it worked because at that time they still had years of growth in front of them as does India now.

Meanwhile, IMF chief economist Gita Gopinath emphasised, “The bad bank idea, in general, is a good one but it doesn’t really help if the bank that you’re trying to fix is a public sector bank.”