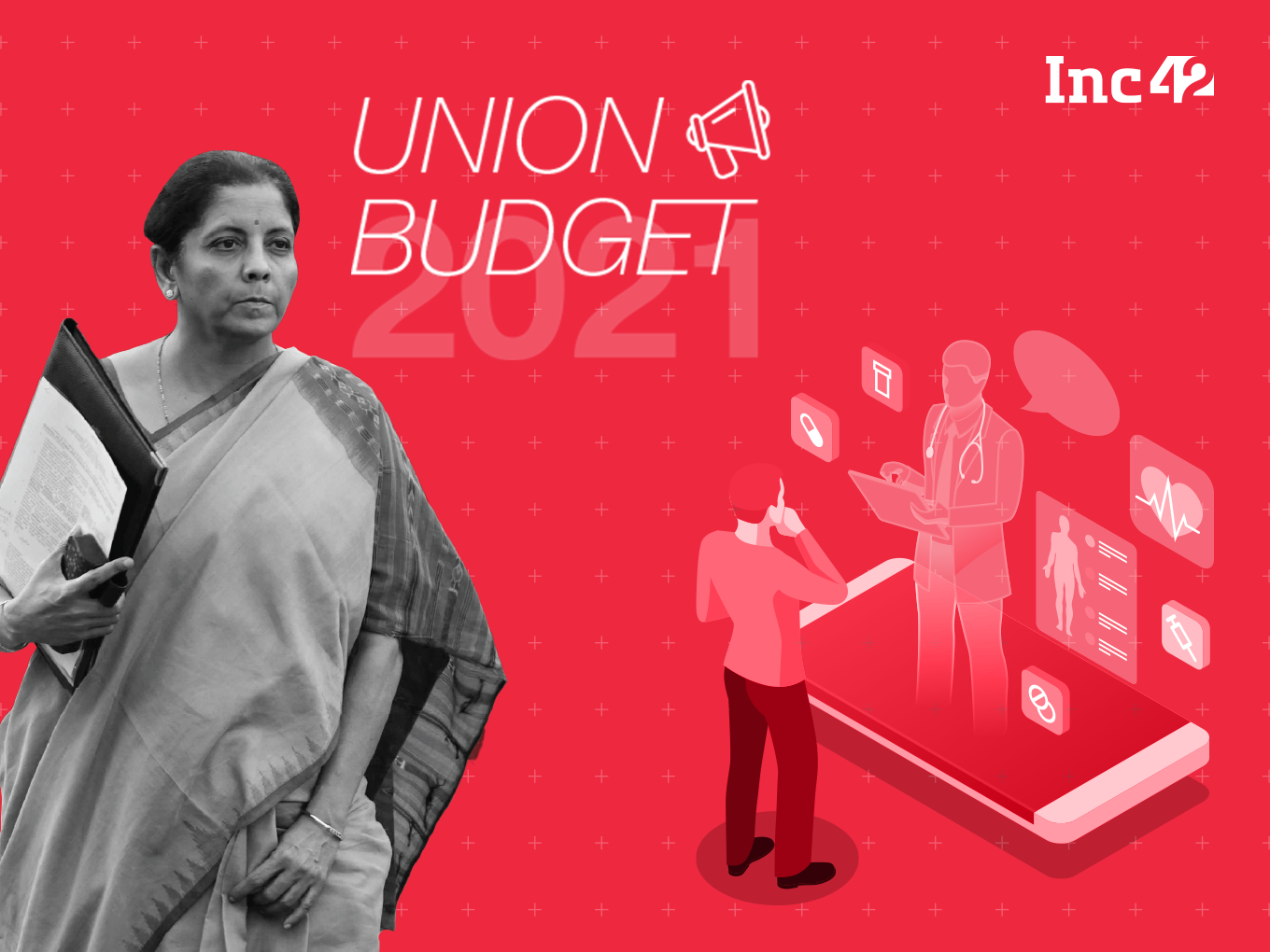 As the government struggles with revenue, startups demand a tax parity and reduction in GST

In today's Budget, the govt is expected to announce more on the lines of G2C to address consumer spending contraction and thereby create a ripple effect in the market

GeM not enough, healthtech, edtech, EV and other startups have asked the govt to pave the way for startup-specific PPP routes which will pump the blood money to the startups’ vein for longer run

Today, as FM Nirmala Sitharaman would be delivering her 3rd Budget speech, it is no secret that the government does not have much to offer and indeed is facing a huge deficit in terms of its own revenue estimates for the FY 2020-2021.

As usual, while the inflation, fiscal deficit and the GDP targets will be seen as a reflection of the government’s will power, how aggressively it looks to cure the situation, this Union Budget 2021, the startup industry, in particular, is looking beyond the numbers.

One of the key announcements that people would keenly look at will be to bring in parity between G2B reliefs and G2C reliefs. Most of the earlier announcements were extended to the companies in terms of loan packages of which not more than 10% were actually utilised as the companies were not confident of the market demands.

Experts believe this could be addressed via G2C reliefs which would encourage consumers to drive the demand in the market.

Coronavirus has not only flipped the lifestyle but given the consumer spending contraction. There are some long term impacts on multiple startup sectors that need a 360° approach to restore the Pre-Covid scenario.

Hospitality, Real Estate, Mobility, Travel And Tourism Can’t Be Revived At Their Own

So far, there has been numerous analysis pertaining to the severely impacted, less impacted sectors. The Government in its Budget 2021, however, needs to address the concerns of sectors whose concerns could not be addressed through direct measures such as GST and other reliefs.

The government will need a completely different approach while solving their concerns.

For instance, amid economic recession and lowest consumer spending, a large number of companies have decided to go for WFH model for most of the employees. This has offloaded a huge operational cost for the companies. The Uber, Ola and other mobility startups however have been adversely impacted the move.

Most of the companies have cancelled their business trips, which again has impacted the mobility, hospitality and travel and tourism startups. Many of these were specifically dealing with B2B segments.

For most of the startup sectors be it, edtech, EV, healthtech and payments, the startups have been complaining about the irrational implementation of GST. Over the year, even though there have been over 43 reforms, the complaints have reduced, yet the demand for further taxation reforms are more or less still there in most of these segments.

We, at Inc42, have covered this sector-wise here.

Ahead of the Budget, the PM has already announced the creation of INR 1000 Cr Seed Fund for startups. However, this won’t alone help startups’ funding issues. So far, the fund disbursal under of Fund of Funds for Startups has been very sluggish.

Besides multiple sectors edtech, EV, agritech, healthtech and many others have pointed out the need to have the sector-specific fund for R&D purposes. For tech startups, revenue has always be an issue and this has heavily impacted them in continuing their R&D.

The government needs to support this to keep the invention going, demanded startups.

Also, GeM is not enough, healthtech, edtech, EV and other startups have asked the government to pave the way for startup-specific PPP routes.

More Needs To Be Done On ESOPs

Last year, recognising the double taxation issue in the case of ESOPs, the finance minister Nirmala Sitharaman had said in the parliament, “ Currently, ESOPs are taxable as perquisites at the time of exercise. This leads to cash-flow problems for the employees who do not sell the shares immediately and continue to hold the same for the long-term. In order to give a boost to the startup ecosystem, I propose to ease the burden of taxation on the employees by deferring the tax payment by five years or till they leave the company or when they sell their shares, whichever is earliest.”

However, going through the Finance Act 2020, soon it became clear, that the ESOP-related announcement will benefit hardly 250 startups in the country in contrast to the 40K startups that are said to be currently operational in the country.

Startups want the government to end the double taxation on ESOPs for startups. Tax deferral on ESOPs in startups by a maximum of five years is a positive move, there is much more to be done, according to most of the startup founders and investors.

The startup community has also demanded to reduce the current 5% TCS on foreign remittances to 1% for those who file income tax returns.

Union Budget 2020 is going to be presented today, on February 1, 2021 by Finance Minister, Nirmala Sitharaman. To understand what the startup ecosystem wants from the upcoming Budget, we talked to the ecosystem stakeholders.

Here Are The Key Developments For Startups

Besides proposing highway works in several states such as Tamil Nadu, West Bengal, Kerala and Assam, all incidentally poll-bound states, the Minister also talked about bringing in metrolite and metroneo technologies, which are rail-guided urban transport systems with rubber-tyred electric coaches powered by an overhead traction system running on elevated or at-grade sections, in tier 2 and tier 3 cities.

Finance minister Nirmala Sitharaman announced a proposal to amend the Insurance Act, 1938 to increase permissible foreign direct investment limit (FDI) from 49% to 72% in insurance companies at the Union Budget 2021.

Finance Minister Nirmala Sitharaman, while presenting the union budget for 2021-2022, has proposed to set up a world-class fintech hub at GIFT City (Gujarat International Finance Tec-City) in Gandhinagar.

Finance Minister Nirmala Sitharaman, on Monday, during her Union Budget 2021 speech, talked about extending social security benefits to gig and platform workers, which include food delivery workers and cab drivers with companies such as Swiggy, Zomato, Ola and Uber. Sitharaman said India would be the first country to bring in such a policy.