As many companies plan to go IPO overseas, Securities and Exchange Board of India (SEBI) recently came up with new norms to help startups list in India 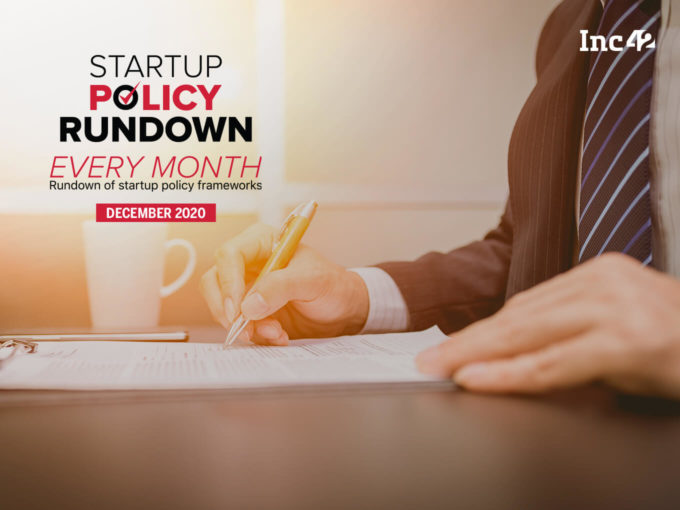 In a bid to boost the country’s digital healthcare infrastructure, the Indian government, on December 15, has approved the health data management policy under the National Digital Health Mission (NDHM) which acts as a guideline for the collection and processing of healthcare-related data.

With this new policy in place, NDHM is looking to bring a unique health ID for Indians, similar to Aadhar or UPI IDs, digitising health records and registry of doctors and health facilities. Also, it has invited several healthcare providers, software providers, and startups to co-create health tech products. However, in the absence of a strong personal data protection law in the country, industry experts are concerned about some of the nagging issues in the final policy that has been passed.

In another update, the Securities and Exchange Board of India (SEBI) revealed a slew of relaxations for startups to list in India under Innovators Growth Platform (IGP) framework. This also comes at a time where Indian startups are planning for IPO listings in overseas markets in the coming years.

Accordingly, the market regulator has reduced the holding period to 25% for pre-issue capital to one year from two years, revoked voting rights for existing institutional investors over 10% of capital, and eased delisting requirements as well as takeover norms among norms. It has issued a consolation paper which is open to the public for suggestions till January 11, 2021.

Also, SEBI has relaxed the norms to allow fintech startups and other entities to enter the mutual fund (MF) business. Previously, the regulators were required to have five years of experience in the financial services business and demonstrate three years of profitability, along with maintaining a net worth of INR 50 Cr. But now these norms have been waived by the regulator as a measure to bolster innovation and tech-enabled solutions.

Here are some of the biggest startup-related policy updates from across the country in December 2020.

As a measure to keep a check on ecommerce entities and initiate actions in case of violation of rules, the government of India is looking to set up an investigative body. This would be coming into play once the Department of Promotion of Industry and Internal Trade’s (DPIIT) draft ecommerce policy is approved.

The draft policy proposes various rules including the restrictions of the cross-border flow of the data belonging to Indian customers and transitions taking place within the country, storage locations of these entities, and emphasises on the algorithm used by ecommerce to not be biased towards any particular sellers or vendors. The draft policy further stated that the violation of safeguards shall be viewed seriously and will attract heavy penalties.

This also comes at a time when traders’ body CAIT wrote a letter to Enforcement Directorate (ED) seeking strict action against ecommerce giant Amazon, claiming that the ecommerce major has impacted small traders by resorting to predatory pricing.

The World Trade Organisation (WTO) is also stated that it will be reviewing India’s ecommerce policy, farm policy and digital tax initiative, along with other trade policies, to ensure smooth transactions among countries.

The Indian government’s thinktank Niti Aayog recently released a draft paper to discuss a uniform national-level regulation of online fantasy sports platforms as a measure to shore up the confidence of investors and gaming startups in the country.

Some of the suggestions include things like money can be offered to people above 18 years of age and avoid offering any gambling or betting services, etc; and games will have to pertain to at least one entire real-life event among others. Since gaming is a state subject, what is legal in one part, may not be legal in another part of the country. Therefore, the paper hints at wanting to bring in uniformity in terms of operating standards.

On December 16, the Reserve Bank of India (RBI) launched the second cohort of regulatory sandbox with cross-border payments and MSME lending as the theme. RBI in a press statement said that the cohort is expected to spur innovations capable of recasting the cross-border payments landscape by leveraging new technologies to meet the needs of a low cost, secure, convenient and transparent system in a faster manner.

RBI has relaxed the eligibility criteria, where it has reduced the net worth requirement from INR 25 Lakh to INR 10 Lakh, and has also allowed partnership firms and limited liability partnerships (LLPs) to participate in the regulatory sandbox. Currently, RBI is accepting the applications, and the last date is February 15.

With the rise in cases of suicide linked to loan collections, RBI has issued a warning against lending platforms that harasses its customers. Previously, Inc42 had exclusively covered some of the issues of aggressive loan recovery tactics, and operations of unauthorised lenders in the market offering unsecured loans.

Acting on the issue, the Telangana Police had also asked Google to remove over 158 unauthorised lending apps from the Google Play Store, the primary storefront for apps on Android, over harassing defaulters. The list revealed by Citizen Collective further shows that Google Play Store is host to 426 so-called rouge lending apps. But the question of Google acting against unauthorized loan apps still remains unanswered.

Other Developments From December 2020

Besides the major policy decisions, the month also saw some minor updates on some of the plans to improve the penetration of digital services in India as well as on some hot topics such as the return of banned apps.

The Indian government is planning to set up 1 Cr data centres to launch a public wireless internet or Wi-Fi network called the Public Wi-Fi Access Network Interface (PM-WANI) across the country, under the Department of Telecommunications (Dot).

The Wi-Fi network would work through public data offices (PDOs), who will establish, maintain and operate WANI compliant access points, followed by public data office aggregators (PDOAs), who would be aggregating PDOs and performing functions related to authorisation and accounting.

The Ministry of Electronics and IT (MeitY) has received a go-ahead to roll out ambitious artificial intelligence (AI) mission. With this initiative in place, the government looks to provide a platform for students to attain AI skills and give access to relevant tools and resources so that they can be future-ready.

In a bid to ease the accessibility and faster delivery of electoral services, the Election Commission of India (ECI) is looking at providing election photo identity (ID) cards in a digital format to voters. The ECI said that it will look into the use cases of the digital voter card once there is more clarity once it has been approved by the authority. One of the senior officials told Mint that the voters would potentially be able to use the cards on mobile phone, website or through emails.

The umbrella body of payments and settlements, the National Payments Corporation of India (NPCI), is planning to spin off its bill payments business, Bharat BillPay into a separate subsidiary. Prior to this, NPCI had set up a separate firm NPCI International Payments (NIPL), which takes care of RuPay card scheme deployment and Unified Interface (UPI) outside of India. If this happens, Bharat BillPay will be the second subsidiary firm of NPCI.

Startups that have created foreign entities in the US or Singapore, among other countries, for holding their Indian businesses are now under the radar of tax authorities. The authorities are closely investigating possible transfer price violations by startups that flipped their structures to hold their assets, shareholding, and in some cases even intellectual property (IP) outside India.

This development comes after Naukri’s Sanjeev Bikhchandani took to Twitter to complain about the problem about foreign investors, while pointing out the practice of Indian startups flipping their structures as responsible for robbing the country of its intellectual property, taxes and data.

After months of speculation around Tencent-owned PUBG Mobile making a come back to Indian shores, the government has finally clarified and confirmed that it would not be happening anytime soon. The Chinese gaming app was banned by the Indian government for violating the data security of Indian users.

However, this does not leave gamers and esports enthusiasts to the situation and exploiting loopholes in the government’s directive to return to the battleground. In fact, several PUBG streamers in the country have resorted to downloading the APK file for PUBG Mobile’s Korea (KR) version from TapTap, a mobile game sharing community.