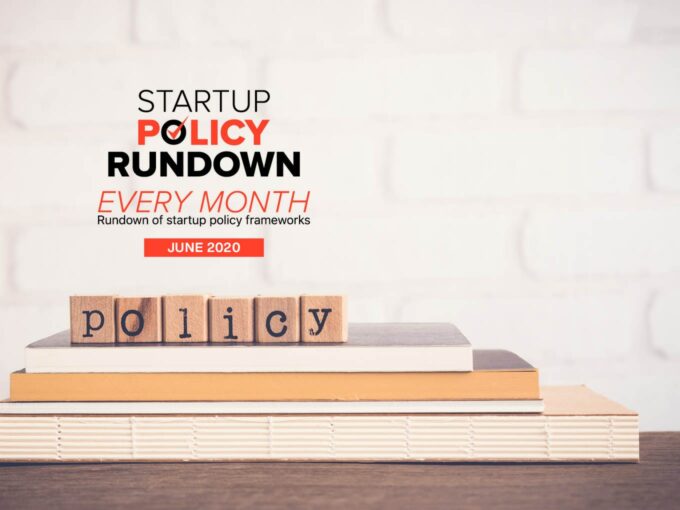 The Indo-China border tension boiled over to the digital space, with New Delhi banning 59 Chinese apps. The ministry of electronics and IT (MeitY), on Monday, announced that it has banned these apps on the account of sovereignty and integrity of the country, under Section 69A of the Information Technology Act, which gives government the power to issue directions for blocking for public access of any information through any computer resource.

The banned apps include TikTok, UC Browser, ShareIT, ES FileExplorer, Helo, Likee, CamScanner, Shein among others. According to the government, this decision to ban these apps were taken after many complaints were registered in the public domain (CERT-In) to take necessary action as they were accused of stealing user data and sending it to servers outside the country.

However, the move has come as a blessing for the Indian startup ecosystem, as many tech startups and companies will now be able to make use of the opportunity to build a better alternative to the banned Chinese apps, thereby abiding by the law of the land. At the same time, the ban drew criticism from internet associations and the Chinese government. Recently, in a series of tweets, the Internet Freedom Foundation (IIF) said that the government’s ban goes against provisions in Section 69A of the IT Act.

However, only time can tell if the government will be proactive in banning such malicious apps which violate rules or raise data privacy concerns. For instance, the government’s Covid-19 tracing app Aarogya app has been on the radar for data privacy in recent times, highlighted by MIT Technology Review.

Made In China Products Now Banned From Emarketplace

The Ministry of Consumer Affairs, Food and Public Distribution has asked government officials to ensure that Chinese products are not purchased through government e-marketplace (GeM) or any other source. The minister of consumer affairs said that it has signed a memorandum and banned the purchase of items made in China to all its departments, including Food Corporation of India (FCI) and the Central Warehousing Corporation (CWC).

Prior to this, the ministry of commerce and industry in a bid to promote ‘Make in India’ and Atmanirbhar Bharat had also mandated for all sellers registered on the GeM to reveal the origin of each product. In case of failing to do so, the products will be delisted from the platform.

In line with this, Ecommerce giants like Amazon and Flipkart had also agreed to reveal the origin of product. At the time, the ecommerce companies had asked for additional time to make the necessary changes on their website. The government will start inspection and follow-up sometime this month.

Niti Aayog in partnership with International Transport Forum (ITF) of Organisation for Economic Co-operation and Development (OECD) last month launched the ‘Decarbonising Transport in Emerging Economies (DTEE)’ project as a measure to lower carbon emissions in the country. The project is said to define the future of urban policies and will help government design policies, backed by data which are likely to be highly efficient and impactful across the entire transport ecosystem in India, as stated by Amitabh Kant, CEO at Niti Aayog.

He said that the DTEE project would help India translate its climate ambitions into actions. The modelling tool and assessment framework would provide targeted analytical assistance to identify these climate actions and help them draw policies rooted in data analysis and advanced modelling.

The government recently announced that it is all set to launch the second version of ecommerce draft policies. Taking the lead, DPIIT will be holding annual reviews to keep a check on predatory pricing and deep discounting offered by ecommerce platforms.

Ensuring data localisation, the government will also be rewarding and providing support to small retailers and kirana stores to list their products on ecommerce platforms such as Amazon and Flipkart. At the same time, it has made it clear that it will not be offering any kind of invectives to attract foreign investment in the ecommerce marketplace. In case of any official meetings with ecommerce players, the government will be investing relevant industry stakeholders, including traders associations such as Confederation of All India Traders (CAIT).

In a bid to push skill development in digital technology adoption and industry 4.0, the government recently approved Pradhan Mantri Kaushal Vikas Yojana (PMKVY). The minister for skill development and entrepreneurship Mahendra Nath Pandey said as the second phase of the implementation of PMKVY is almost at the completion stage, the third phase of the scheme has received the government’s approval. Further, he said that the scheme was launched in 2015, and it was revamped in 2016 to impart skills to one crore by 2020.

The government has recently revised its ‘Make in India’ policy for public procurement, which now invites global ship owners to flag their ships in India.  The Ministry of Shipping said in a statement that the policy will provide an opportunity to double the number of Indian flag vessels in the immediate term, from 450 to 900 and more by 2023, thereby leveraging further scope for additional investment in the Indian flag tonnage. The shipping minister Mansukh Mandaviya has reviewed the readiness of the project.

Multiple government organisations, including the Department of Commerce, the Department for Promotion of Industry and Internal Trade (DPIIT), the Ministry of Civil Aviation, alongside BSNL, state electricity boards, have issued a policy directive to push local manufacturing and services in the country.