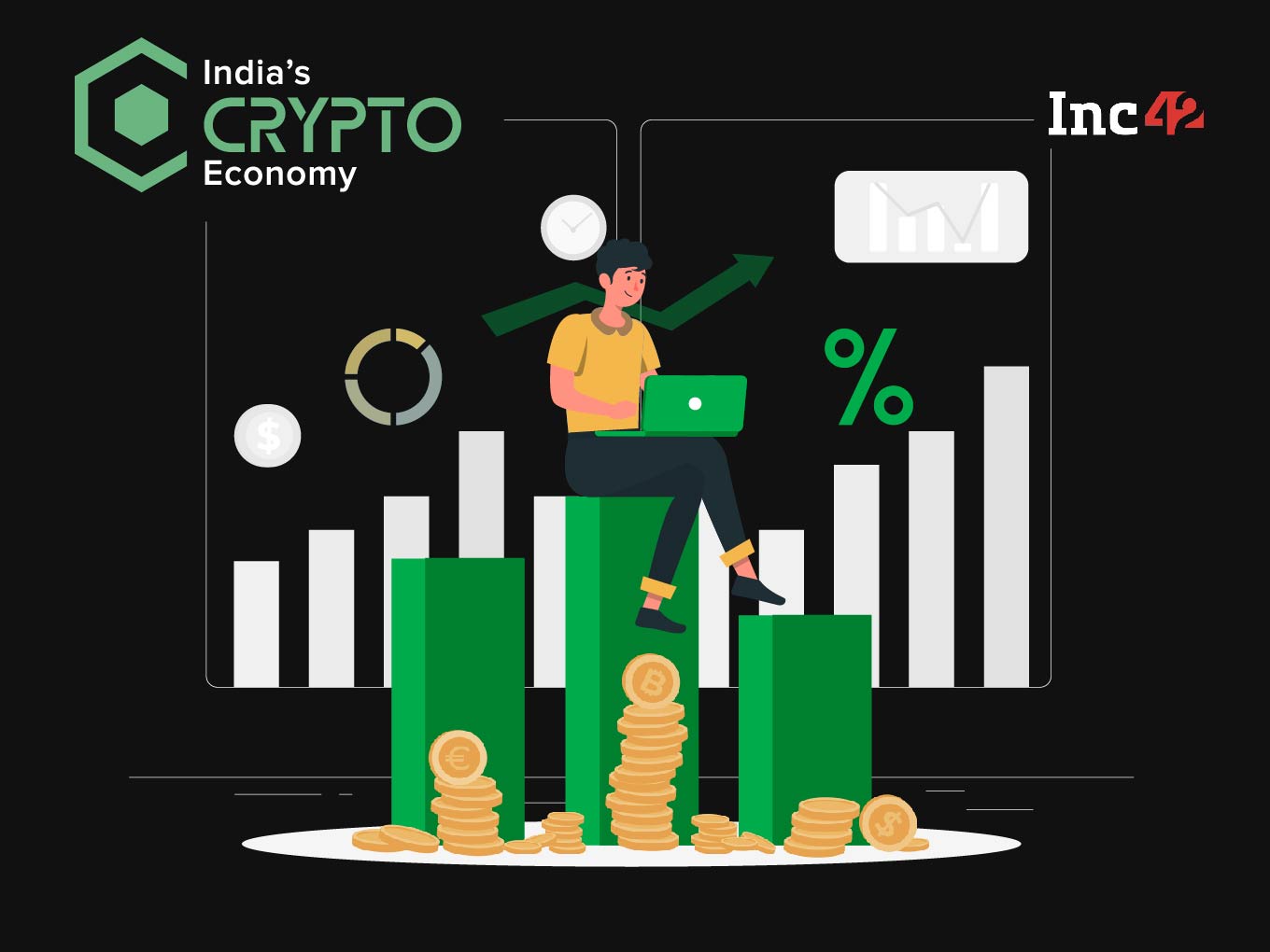 Money matters!💰 Especially in these uncertain times. With the upcoming Crypto Bill intending to ban all private cryptocurrencies in India, a lot hangs in the balance — right from the investments made by hundreds of VCs and millions of retail investors to the future of crypto startups and that of their employees.

Data from Inc42 Plus reveals that VCs from all over the world have put in more than $505 Mn in the Indian crypto space until now (December 11, 2021).

Having patiently waited for years for regulatory clarity in India, it’s only the last year that investors could not hold their horses any further. But these investments no longer present a rosy picture.

Before we put ourselves in investors’ shoes for a better understanding of the future, here is a quick look at the weekly highlights from the world of crypto.

🔐 The Ball Is In PM’s Court: As the Bill on cryptocurrency awaits Cabinet approval, Prime Minister Narendra Modi will decide its outcome, says a report.

How VCs View The Crypto Bill 🤔

Will the controversial Crypto Bill be delayed again, leaving all stakeholders on tenterhooks? Given that it is already Dec. 16, and the ongoing Winter Session of Parliament will end on Dec. 23, reports have emerged that the government is unlikely to introduce the Crypto Bill this time. This is not surprising since the draft Crypto Bill is yet to get the Cabinet’s approval post which it will be introduced, discussed and passed by both Houses of Parliament.

With the government barely prepared to carry out such a lengthy legislative exercise within such a short span, the Crypto Bill is likely to be dropped again and may only be implemented during the Budget Session of 2022. Inc42 first reported this in view of the uncertainties surrounding the Crypto Bill.

In case of a delay, crypto investors will continue to grapple with the most crucial questions. How long should they abide by the wait-and-watch policy, and how soon will regulators get into the action mode instead of mulling strategies and best practices?

Barring a few VC firms like Blume Ventures that had earlier invested in Unocoin, most Indian VCs started exploring the crypto and blockchain space only in 2021. Therefore, a blanket ban on all private cryptos and related activities at this stage will throw a spanner in the works and adversely impact a growing segment.

📝 Regulate, Don’t Ban: Inc42 has spoken to active crypto investors, and a clear consensus has emerged. “Regulate crypto, but don’t ban it,” said Vatsal Kanakiya, principal and CTO at 100X.VC. “The way forward is regulation instead of a complete ban. I expect the Bill to put in place strict compliance and reporting for all on-ramp/off-ramp crypto players like exchanges and wallets. Taxation of crypto-related gains should also become clear.

“I hope that we will study and learn from the regulations already in place in New Zealand and Singapore. For instance, For example, NZ has implemented a multi-stage adoption policy to ease regulation and enable retail investors to understand the opportunity better. It will bring some friction, but it will be a welcome move, bringing sustainable growth to the industry in India,” Kanakiya told Inc42.

“I believe quite a few top crypto projects, which have featured a high level of decentralisation and community adoption, will be considered as ‘exceptions’. I believe processes will be put in place to allow new and upcoming projects to apply for and become a regulated exception to the rule,” he added.

This will also enable the government to keep track of the active projects within the Indian ecosystem. 📝

😶 Why Put Trillions At Stake: The global crypto industry is currently valued at more than $2 Tn. But when it amounted to just $1 Tn in February, Balaji Srinivasan, former CTO of Coinbase, averred that crypto would be on track to become a $10T industry. “India’s entire GDP is $3 Tn. A crypto ban would cost India trillions in growth. Economic growth is also a national security issue; whatever the ban hopes to achieve may be done more cheaply in another way,” he said.

Srinivasan has made a few recommendations, and these include: 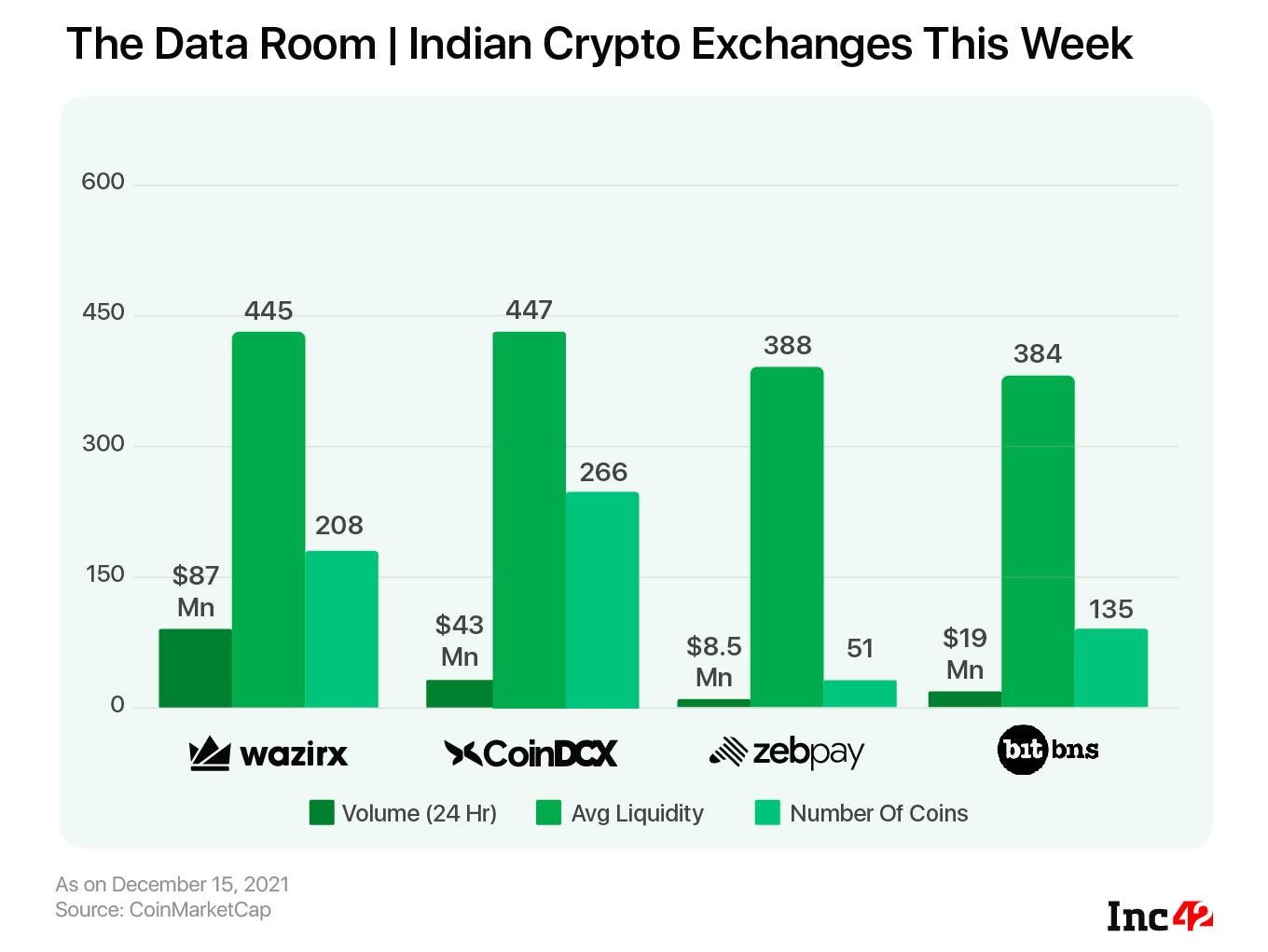 Elon Musk again flexed his ‘influence’ to impact the crypto market. After his tweet that Tesla was mulling over using dogecoin for payments, the meme coin reported a 37% surge in price and 4x surge in market cap within a few hours.

News Doing The Round 📰

🥲 The Tweet That Was Not: On December 12, PM Narendra Modi’s Twitter handle suddenly posted a tweet saying India has officially adopted bitcoin as legal tender. It was soon followed by a clarification that the Twitter handle was hacked. 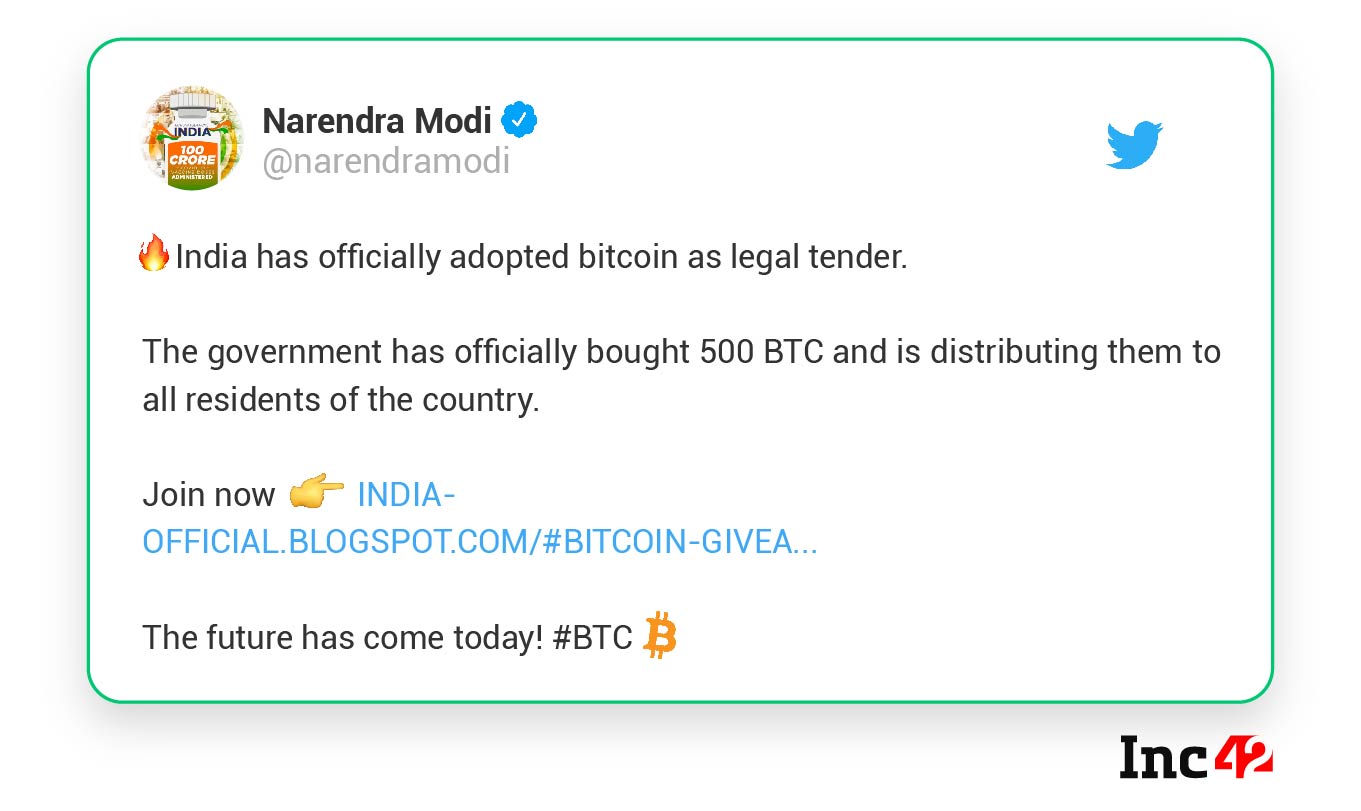 😲 A Coinbase Windfall And After: “$59 Bn in my account!” The Twitterati went crazy after Coinbase wallet started showing billions of dollars in numerous users’ accounts. Coinbase later issued a statement saying it was merely “a display issue”.

“Apologies for any confusion — we’re still investigating asset price and trade difficulties on @CoinbaseWallet. Our teams are digging in to investigate and fix,” Coinbase tweeted.

Back to the regulation part, can India be the example for many countries by regulating crypto and not banning it? A direction that most of the investors, founders and stakeholders want India to step into.

For the time being, the government’s delay tactics suit them.