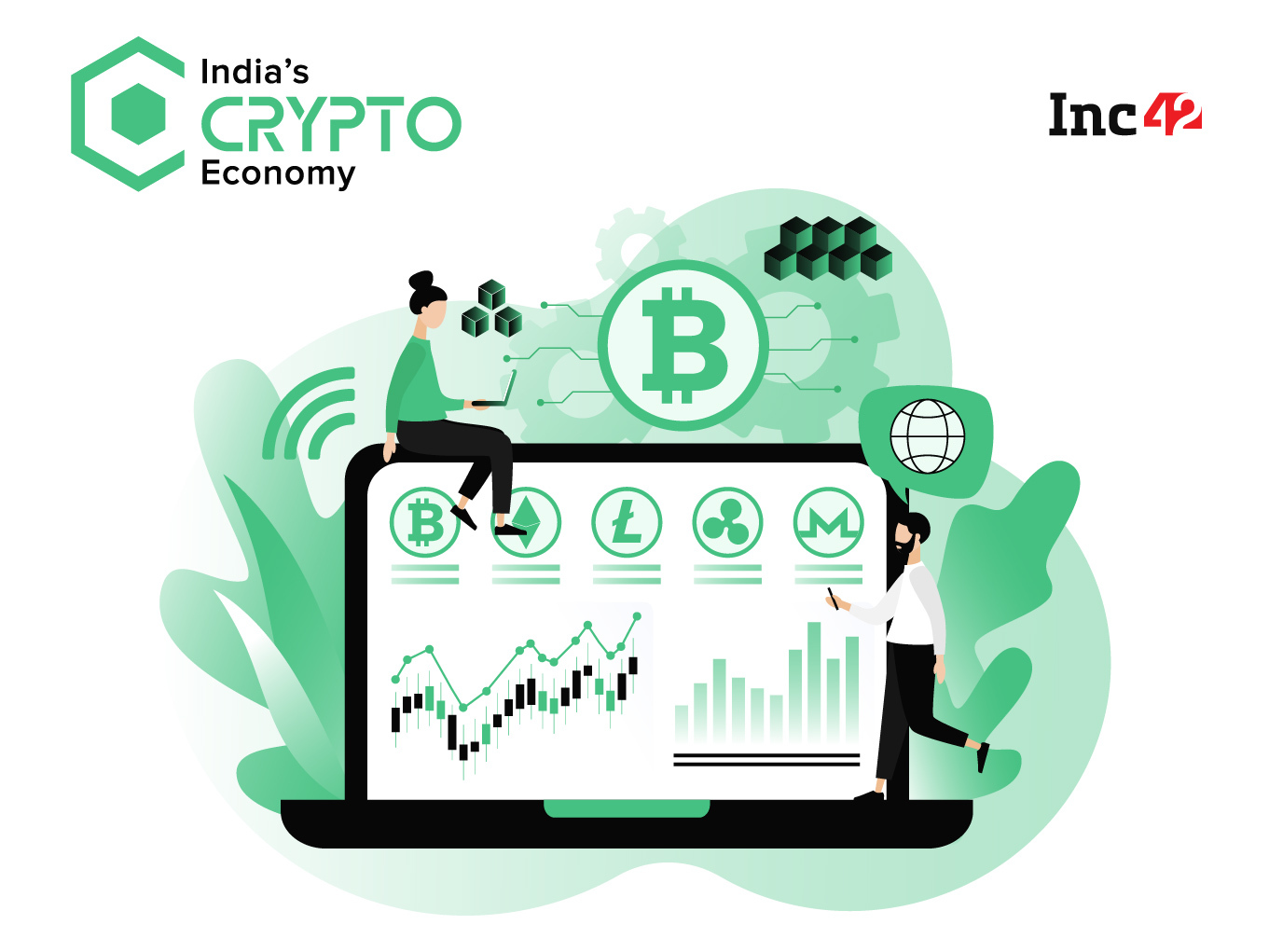 India has been a marketplace for the world since time immemorial. Home to more than 130 Cr people, it has been a ‘tempting to touch’ market for investors and global market players despite all the regulatory hurdles it may pose.

Crypto is no different. Back in 2019, Binance, the world’s largest crypto exchange (by volume), acquired Mumbai-based bitcoin exchange WazirX despite the regulatory hurdles at its peak, while leading US-based crypto company Coinbase has been investing in Indian startups.

However, these activities are no longer limited to passive investments. According to a recent report, Kraken from the US, British Virgin Islands-based Bitfinex and Seychelles-based KuCoin are actively scouting the Indian market, and some are even close to acquiring Indian startups to begin operations in the country. 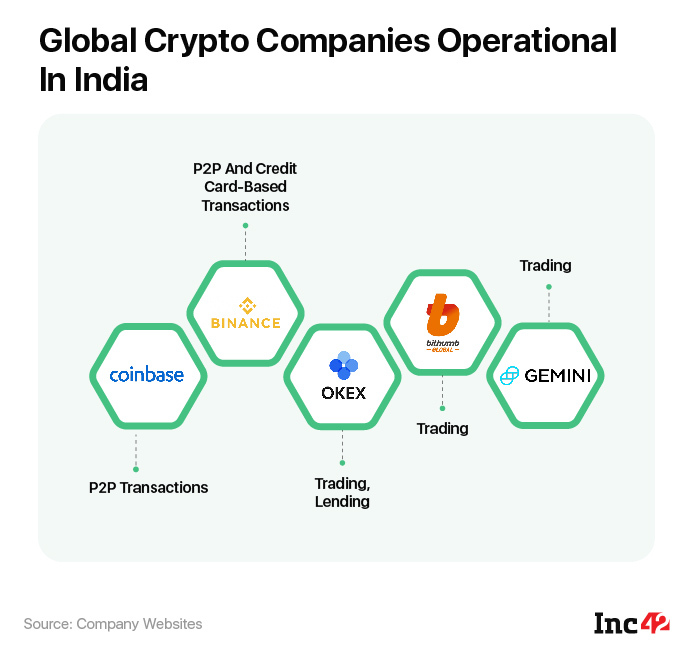 How will these initiatives impact India’s crypto market? Quizzed on it, Darshan Bathija, founder and CEO of the Indian crypto startup Vauld, said, “Competition is always good for consumers and the market. And when large international players come in, everybody is forced to innovate on behalf of their customers. Currently, 100% of the market shares are owned by local companies, but this will change very quickly. Right now, we are aware of just three companies entering the Indian market. But I am sure more global players will be looking at it when we have regulatory clarity.”

Apart from global companies expanding to India, the investor community is also showing a keen interest. They stayed away from the Indian crypto space earlier due to the government’s antipathy towards these digital assets but are now eager to seize the global and the local momentum leading to a renewed crypto play. This can also be ascertained from the latest funding trend. Elon Musk finally clarified his stance on Bitcoin. He also said that only 10% of Tesla’s bitcoin purchase had been sold.

Musk was responding to an accusation by Magda Wierzycka, Sygnia’s CEO and South Africa’s richest businesswoman. She had lambasted Musk for knowingly pumping up the price of bitcoin by tweeting and mentioning Tesla’s $1.5 Bn bitcoin purchase and then selling “a big part of his exposure at the peak”. 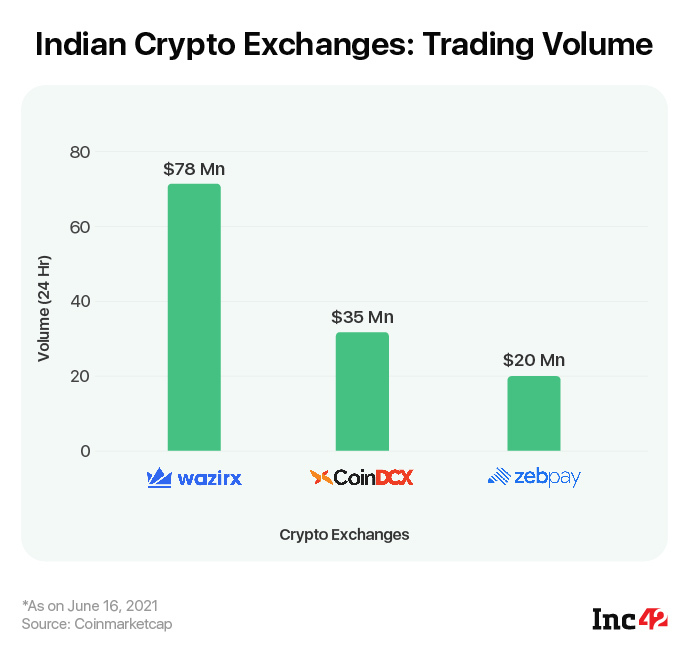 Crypto startup Vauld has launched an automatic investment plan for crypto traders, similar to systematic investment plans (SIPs) used by conventional traders for scheduling their investments. This all-new plan allows people to invest in crypto assets daily, weekly or monthly for the mid to long term.

Explaining the concept, Vauld’s cofounder and CEO Darshan Bathija said, “The problem with volatile assets is that it is very difficult to time the market. Also, nearly 70% of crypto investors are not active traders; they are just passive investors. This product best suits those who are bullish on an asset but do not want to time the market and want to hold the asset for the long term.”

The plan also enables traders to set up the purchase behaviour instead of investing periodically. For instance, one can schedule the purchase every time an asset like bitcoin or ethereum drops by 10%.

The Bengaluru-based startup is backed by the likes of Pantera Capital, Coinbase Ventures and LuneX.

The agency has further stated that in the period under investigation, users of WazirX via its pool account, have received incoming cryptocurrency worth INR 880 Cr from Binance accounts and transferred out cryptocurrency worth INR 1,400 Cr to Binance accounts. However, none of these transactions are available on the blockchain for any audit or investigation.

Skykiwi, a decentralised storage network, won the inaugural edition of Switzerland-based Polkadot’s Buildathon: India, a hackathon in which 1,200 developers took part. It was Polkadot’s first-ever India-focused blockchain hackathon aimed at driving the Web3 wave in India. The top three projects received a grand prize from a pool of $14K along with go-to-market access and support in technology implementation. Besides Skykiwi, other startup finalists included Cerebrum, Dot ID, Dotscale and PolkaMusic.

What Happens When Bitcoin Is Legal Tender: El Zonte Shows The Way

Last week, El Salvador became the first country to announce bitcoin as its legal tender. But the policy change did not happen in a day. El Zonte, a fishing village on the Pacific coast of El Salvador, was using cryptocurrency as its fiat money for the past year.

Some 500 fishing and farming families use bitcoin to buy groceries and pay utilities, something the government envisions for the country at large, reported Associated Press. Bitcoin already was legal to use in El Salvador, but its acceptance was voluntary.

The village even has a Bitcoin ATM, which gives dollars in exchange for bitcoin or takes dollars and gives credit in bitcoin. While El Salvador is now discussing how to pay salaries in bitcoin, following its footsteps, Tanzania is also mulling to accept bitcoin as legal tender. President Samia Suluhu Hassan has reportedly asked the country’s central bank (Bank of Tanzania) to start working on the necessary measures and facilitate the widespread use of cryptocurrencies in the country.

After banning crypto assets, the Chinese police arrested more than 1,000 people for allegedly evading the law and using cryptocurrencies. China’s ministry of public security held more than 1,100 suspects and took down 170+ ‘criminal gangs’ during a nationwide crackdown on money-laundering activities.

In crypto, everything is about timing, but is the government listening?