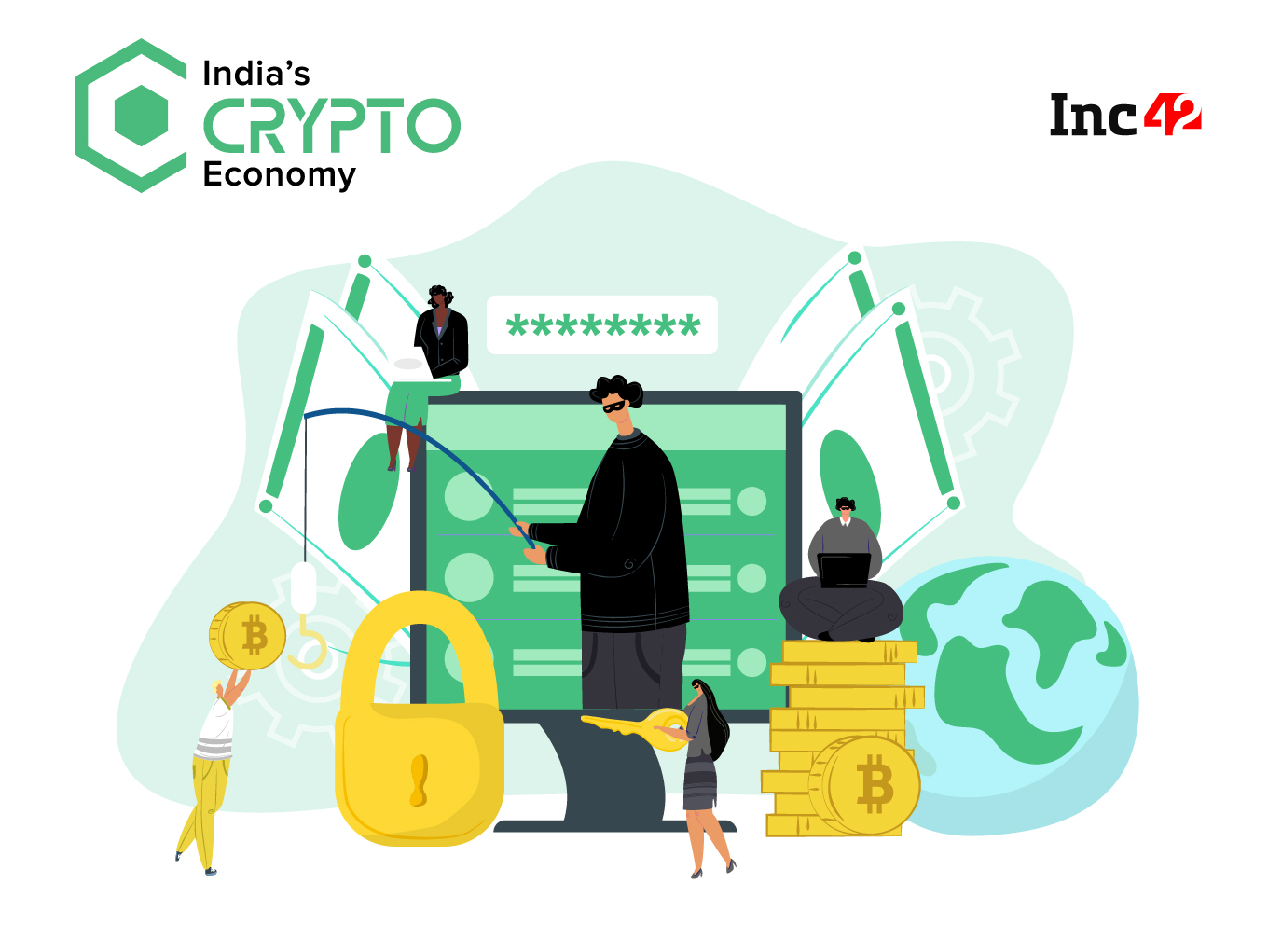 Last week, Inc42 unearthed the fast-mushrooming crypto thuggery on WhatsApp. We have deep-dived into how a bunch of thugs are creating hundreds of WhatsApp groups and adding hundreds of unsuspecting people to each of these groups. Then the ‘group members’ (mainly added without their consent or prior information) are lured into bitcoin investments as the ‘analysts’ running these groups promise 100% accuracy in investment advice and huge profits in record time. 🤥

Claiming to represent investment firms from Hong Kong, the UK and other countries, these ‘unknown’ 🤫 operators have already looted hundreds of investors from India. In fact, thousands of WhatsApp users may have been victims of the latest bitcoin fraud, say some of the people who have fallen prey.

But before we get into the details to assess the vulnerabilities exploited in these cases and the aftermath, let us take a quick look at the highlights of the week in the world of crypto.

📝Former Finance Secy Subhash Chandra Garg On Crypto Bill: Inc42 spoke to Garg regarding the latest developments in the crypto space in India, the definition of private cryptocurrencies and the upcoming CBDC. Read the full interview here.

🧾No Ready Information On Tax Collected From Crypto: Speaking at Rajya Sabha, finance minister Nirmala Sitharaman said no information on the tax collected from investments into these virtual assets is readily available. Read the full statement here.

The Anatomy Of A Ponzi Scheme 🧬

As an ‘involuntary member’ of more than 30 bitcoin investment groups on WhatsApp, I have spoken to multiple victims, and a clear pattern has started to emerge. Here is a quick look at how the entire scheme is run on the popular messenger app.

🥸Too Similar For Comfort: Almost all these groups use similar group names and feeds, and core group members mask their names and other details so that no one can google them. Similarly, the crypto investment firms mentioned in these groups have scanty or no details, and no one can verify them independently. Finally, acting investment analysts are always careful not to respond to calls to avoid direct communications with legit investors.

🧑‍⚖️Investments Skip Legal Scrutiny: There is no provision for KYC/eKYC. Also, no legal/legally valid contracts are signed between the concerned parties before an investment so that Indian agencies may scrutinise the same as and when required. This grossly violates the law of the land and raises questions about operational procedures.

❌The 3-Tier Fraud To Net More Victims: These crypto investment groups on WhatsApp often follow a three-tier model. At the base are the time-bound WhatsApp groups that run for a limited period, say, a few weeks. After that, good prospects are asked to join upper models with bigger investment plans. The mid and top plans are executed based on one-on-one discussions with analysts, and details are not disclosed on group chats.

Watch our webspace for more! The second story in the crypto scam series will reveal these escalated threats. 📌 ⁉️How The Deal Gets Done: After opening a wallet on Binance, users are asked to transfer a certain amount in USDT to group-supported platforms (GD, BTUW, Globcoin and more). However, these platforms keep changing to avoid detection of irregularities. On these platforms, investor accounts are controlled by these groups and the latter can freeze any user account.

“In the beginning, you keep winning, and it piques your interest,” said another. “A user’s investment capacity is assessed over the chats with the group assistant, and when the person reaches that level after several rounds of investments, he loses all his investments. Alternatively, they freeze the user’s account citing some issues like withdrawal of funds without an analyst’s prior permission.” The person, who wished to remain anonymous, had lost more than $8,000 in this Ponzi scheme.

👨‍✈️Where Are The Cops? Some of the crypto fraud victims have already registered their complaints with the (Delhi) police. But there has been no response so far, and no FIR has been lodged despite repeated complaints from these users.

This raises multiple questions. Of course, the lack of regulatory clarity remains the topmost concern in such cases. But the lack of awareness among crypto users and long police response time also trigger these Ponzi schemes. Time is crucial in dealing with cybercrimes as a long-enough delay helps fly-by-night operators disappear without a trace, leaving legit investors in the lurch. 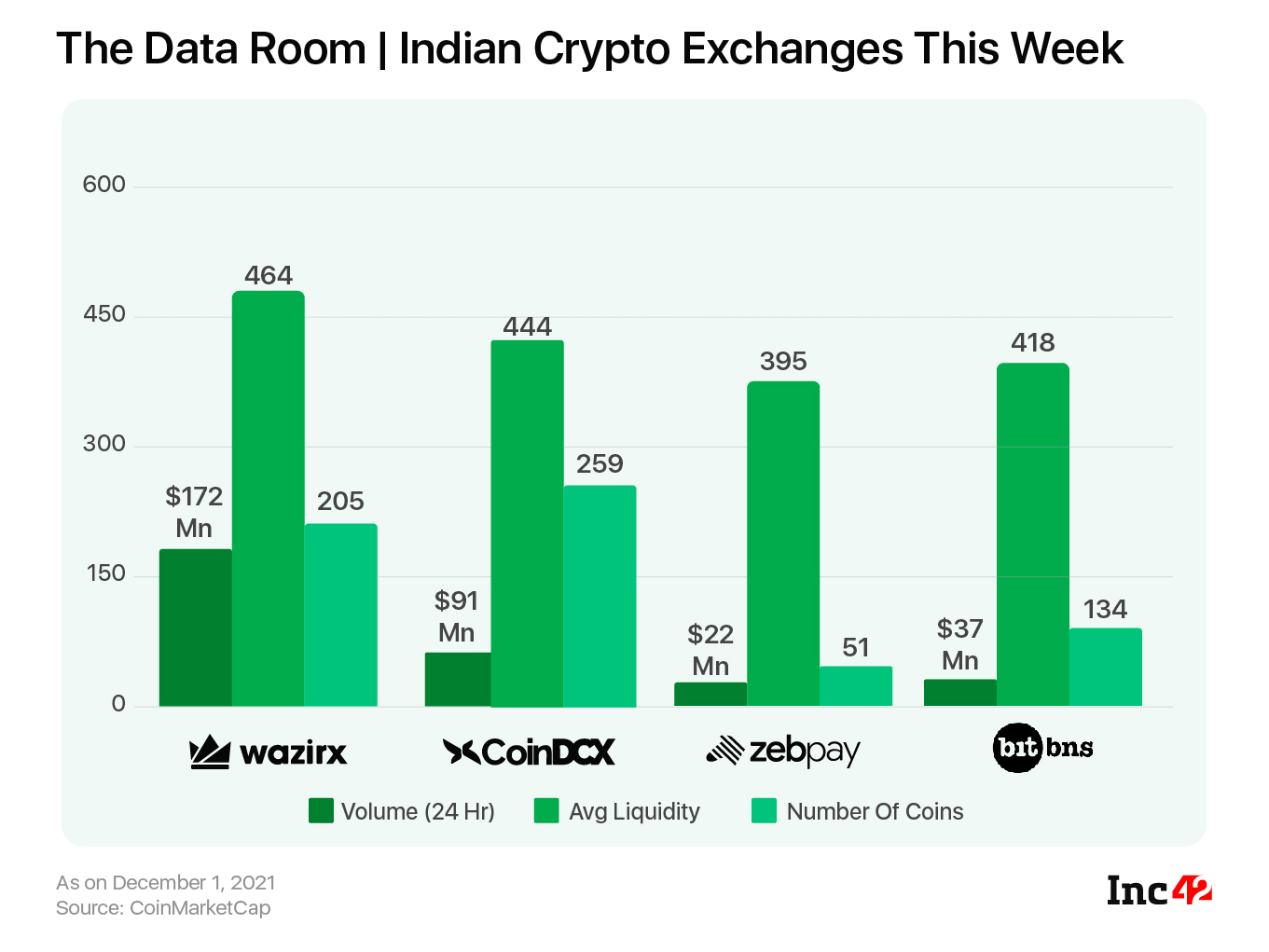 🏝Bitcoin City: El Salvador President Nayib Bukele, who declared bitcoin as legal tender earlier this year, has announced his plans to build the world’s first Bitcoin City. The idea is to include a quadruple-threat approach to an urban location — basically, new ideas around energy, physical space and taxation. Crypto investor Anthony Pompliano writes about the concept in this blog.

📈Binance Is 10x Bigger Than The Second Biggest: In this interview, Binance founder and CEO Changpeng Zhao claimed to have a commanding market share in terms of trading volume for both spot and futures and said, “We’re 10x bigger than the second biggest players.” Read the interview here.

Commenting on the upcoming Crypto Bill, Rajya Sabha MP Priyanka Chaturvedi has said that banning all private cryptocurrencies will be a disaster India doesn’t need. The Bill is all set to be introduced in the ongoing Winter Session of Parliament. 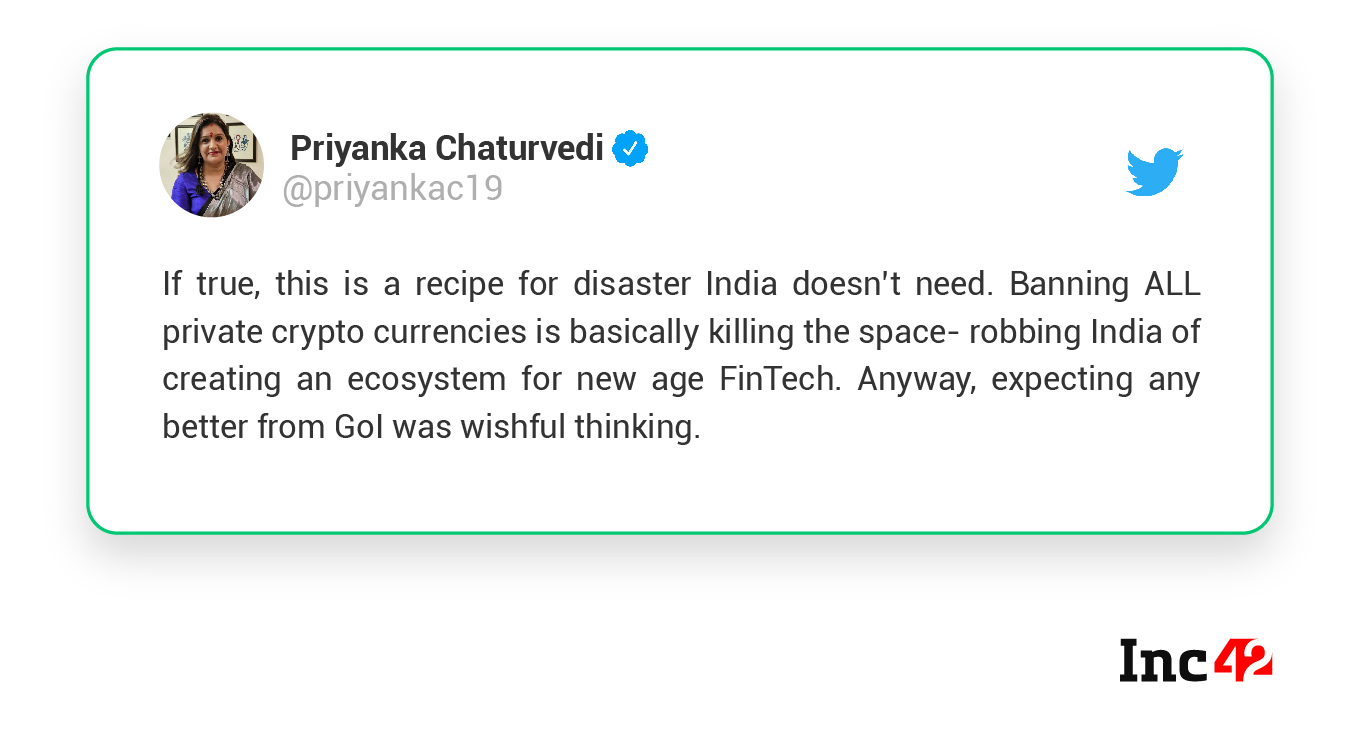 🗞BACC Reacts On Crypto Bill: Speaking on the Crypto Bill, the Blockchain and Crypto Assets Council (BACC) averred that a blanket ban on cryptocurrencies would encourage non-state players and lead to more illegal usage of these currencies.

🚫Crypto Is Not Legal Tender: Finance secretary TV Somanathan iterated the Indian government’s stand on crypto and stated that the new Bill would not permit crypto to become legal tender in India.

📑Suicide Over Crypto Uncertainties: A man from Telangana committed suicide after facing pressure from loan sharks as he had borrowed money from them to invest in crypto, according to the local police.

🗝Facebook To Allow Crypto Ads: Having banned crypto ads in 2018, Meta aka Facebook recently updated its policy allowing companies who fulfil the eligibility criteria to run ads on crypto.

Facebook has updated its crypto policy at a time when India is mulling to take some regulatory measures on crypto ads. According to Rajya Sabha MP Sushil Kumar Modi, crypto companies spent over INR 50 Cr on ads during the recently concluded T20 Cricket world cup.

Amid the lack of regulations, most Indians are still not able to understand the difference between crypto-based Ponzi schemes and crypto investments. ✂️

One wonders what awaits the victims of crypto frauds who have already spent huge sums on WhatsApp groups. Will there be escalated intervention from the Indian authorities to help the people already compromised?  🤔