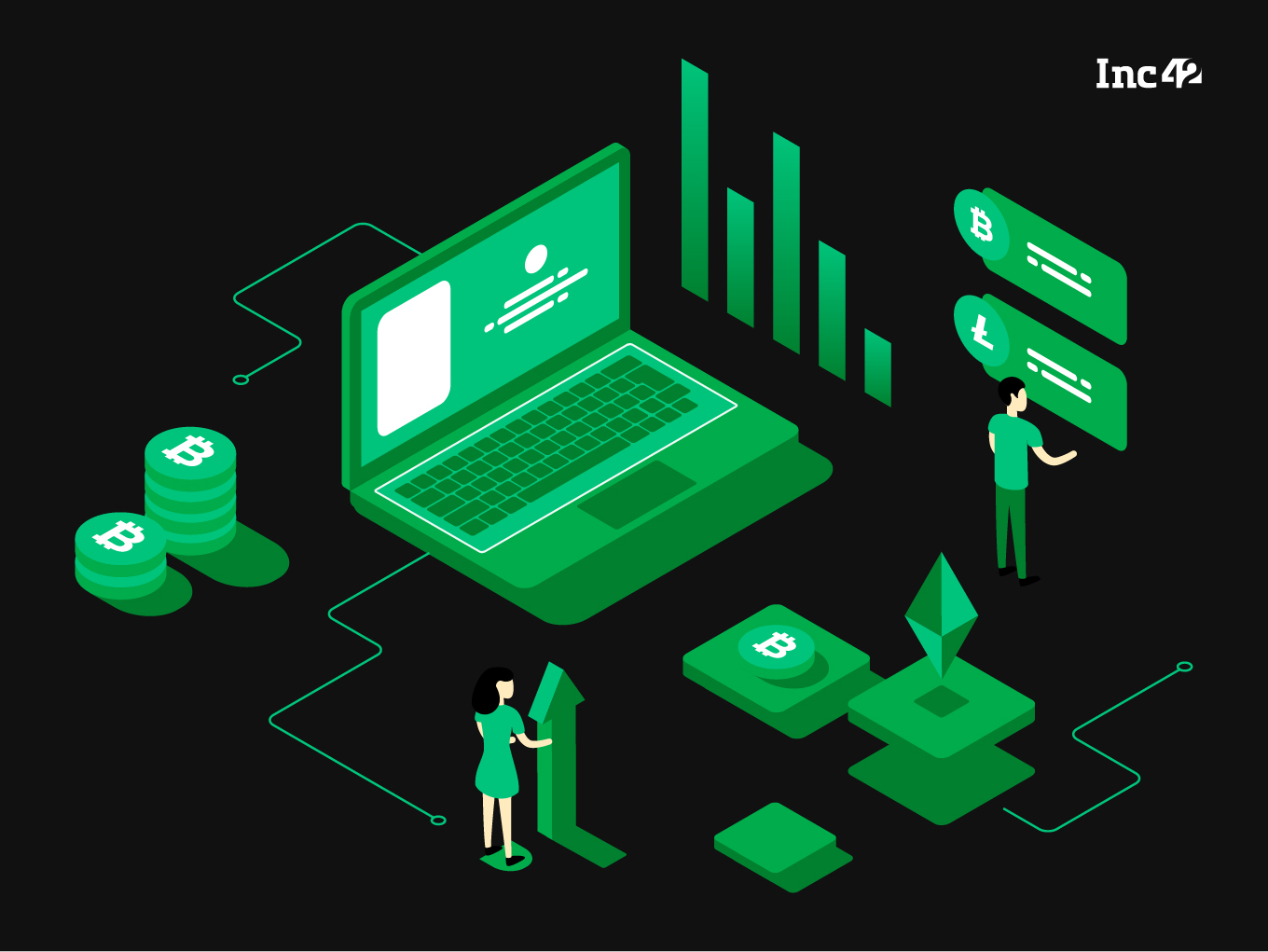 Amid growing speculations of a crypto ban, let us take a look at the facts and reports as the Crypto Bill awaits Cabinet approval

The draft Crypto Bill is expected to be discussed and approved by the Union Cabinet in a day or two. It will then be presented in Parliament.

However, speculations regarding a blanket ban on crypto have made this Bill a political hot potato and grabbed everyone’s attention. After all, millions of investors in India will be left in the lurch if the Bill seeks to prohibit all ‘private’ cryptocurrencies.

In this newsletter, we will filter the stated facts and sourced reports and try to clear the air so our readers can take an unbiased look at the pros and cons.

But before we get into that exercise, here is a quick look at the weekly highlights that rocked the world of crypto.

🚩The Massive Crypto Scam On WhatsApp: This is the story of Delhi-based Manish Gupta, who lost more than $6,000 in a Ponzi scheme run on WhatsApp (and other messenger platforms). But the police are yet to probe these alleged crypto scams despite multiple complaints. Read the story here.

🗣️Mukesh Ambani On Crypto: The RIL chairman said that the next major evolution in the fintech space would be the convergence of blockchain, distributed ledger and smart tokens. Read his statement on crypto.

The Crypto Bill And The Factoids We Know

📝 The Background: The Indian government has chosen not to publish the draft Crypto Bill until it is introduced in Lok Sabha. There are reasons behind it. For one, the draft has not been approved by the Cabinet yet, which means it can still get modified by significant margins, says a NITI Aayog official. As a result, all the details of the Bill are not out in the public domain.

However, we have certain clarity based on the official statements on crypto. Also, the government has responded to 10 sets of questions raised by Lok Sabha and Rajya Sabha Members for the last two weeks, giving more insights into the matter.

🚫 India To Ban All (Private) Cryptocurrencies: The Indian government and other regulatory heads, be it the finance secretary TV Somanathan or the RBI governor Shaktikanta Das, made it quite clear time and again that crypto would not be legal tender in India. The only official digital currency in the country will be the CBDC.

📝 Govt Has Not Done Its Homework: Responding to various questions, the Indian government has stated that:

“If the Indian government has no data on the number of users, the number of crypto transactions or the transaction sizes, how would it be able to do justice with the industry?” asked one of the crypto exchange founders who did not want to be named.

🪙 Income Tax On Crypto: Speaking about tax liability, Sitharaman has said that crypto exchanges and other crypto service providers will be liable to pay tax under Business or Profession under Chapter IV of the Income Tax Act, 1961. Tax rates will depend on the status and category of each taxpayer. This has been discussed in detail here.

💉No Plan To Boost Cryptocurrency Sector: In another response, Pankaj Chaudhary, the minister of state in the finance ministry, has said that the government has no plans to boost cryptocurrencies in India. 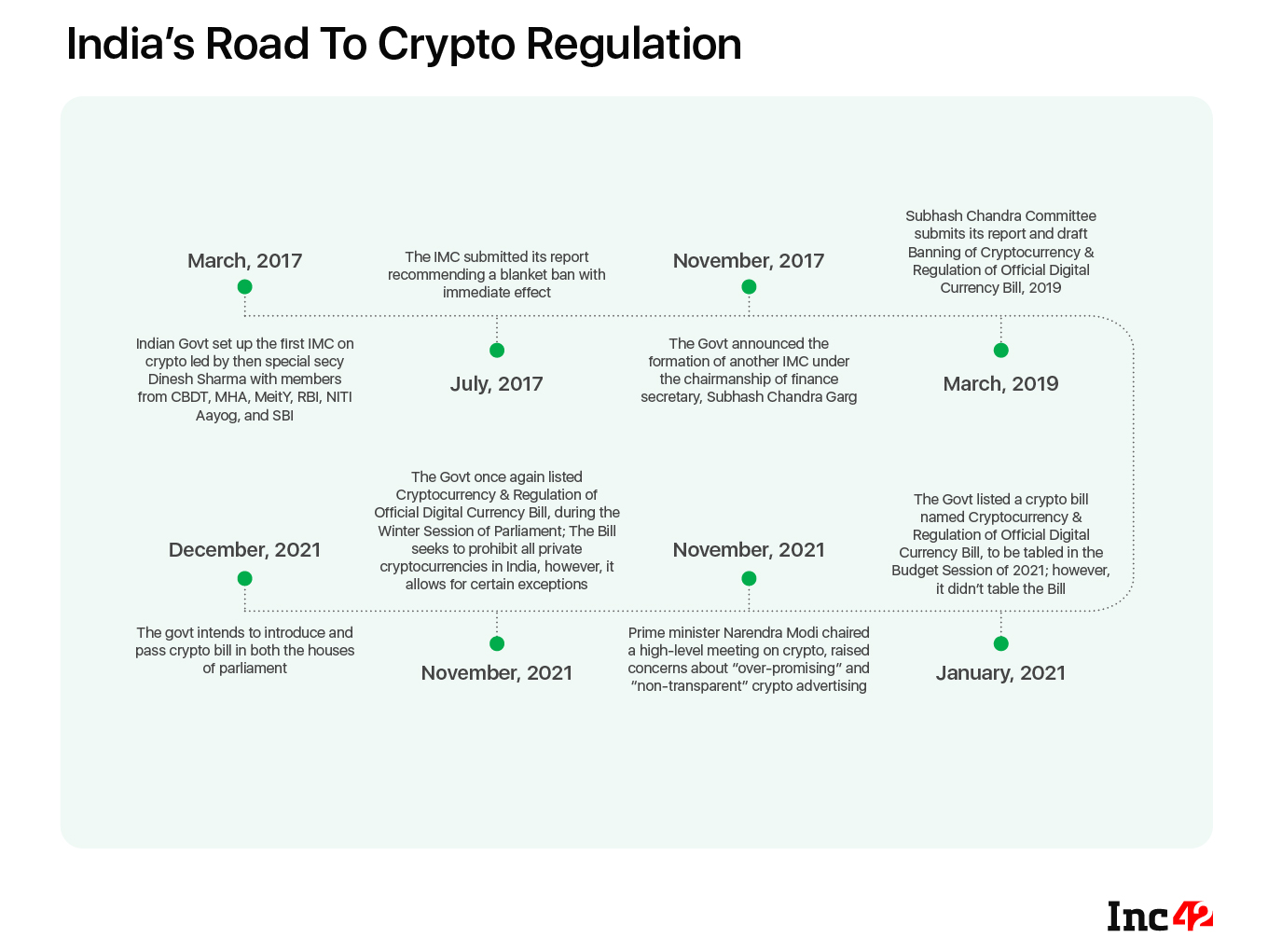 Govt To Punish Crypto Rule Violators: According to a Reuters’ report, the Indian government is planning a ‘general prohibition on all activities by any individual on mining, generating, holding, selling, (or) dealing’ in digital currencies as a ‘medium of exchange, store of value and a unit of account’. However, there will be certain sunset clauses to help investors exit.

A penalty of up to INR 20 Cr or 1.5 years of jail term could be imposed on crypto rule violators.

Crypto Assets Vs Cryptocurrencies: Crypto assets will be allowed under the market regulator SEBI while certain issues may be determined by the RBI, say reports.

GIFT IFSC May Regulate Crypto: Many media reports have suggested that the government may keep crypto assets under the regulatory purview of IFSC. This will limit crypto transactions by significant margins.

Local Exchanges Vs Foreign Exchanges: With eKYC and other SOPs in place, the Bill may allow only local exchanges with limited minority investments from abroad to run operations. Investors who are using other exchanges may be asked to shift to a local exchange. 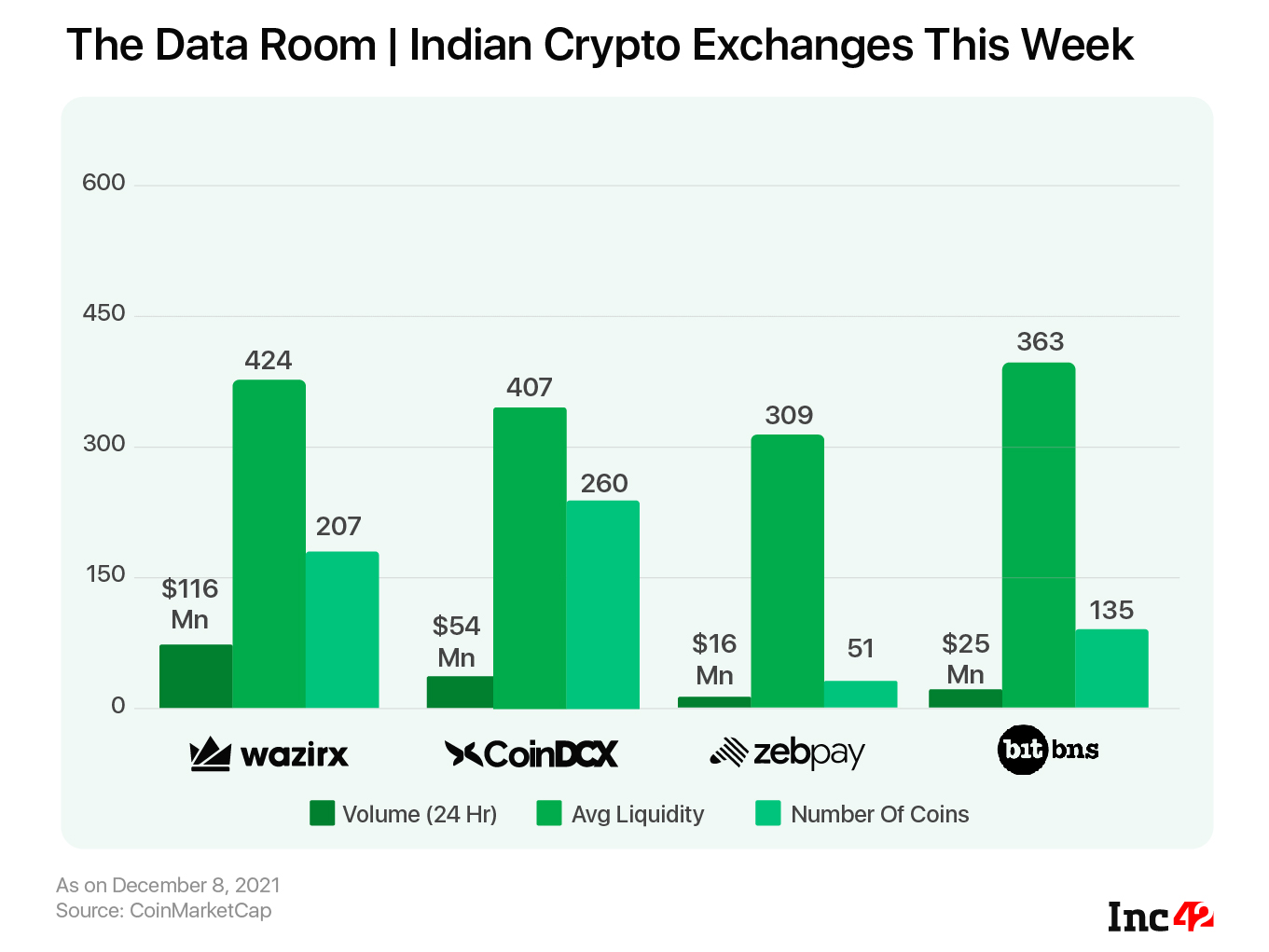 🌐The Network State: Many parts of the world have evolved as the cultural cauldron where people from different nations live as neighbours, but they are still governed by different laws. Here is the former CTO of  Coinbase Balaji Srinivasan’s take on the new network state, essentially a social network with an integrated cryptocurrency.

🐯Can India Be The Asian Crypto Tiger? Suggesting that the Indian finance minister should change her advisors, technology architect Anuj Verma writes, “Still musing about the misuse of crypto by dark actors, he [Modi] seems stuck in a time warp a decade old.” Check out his blog. 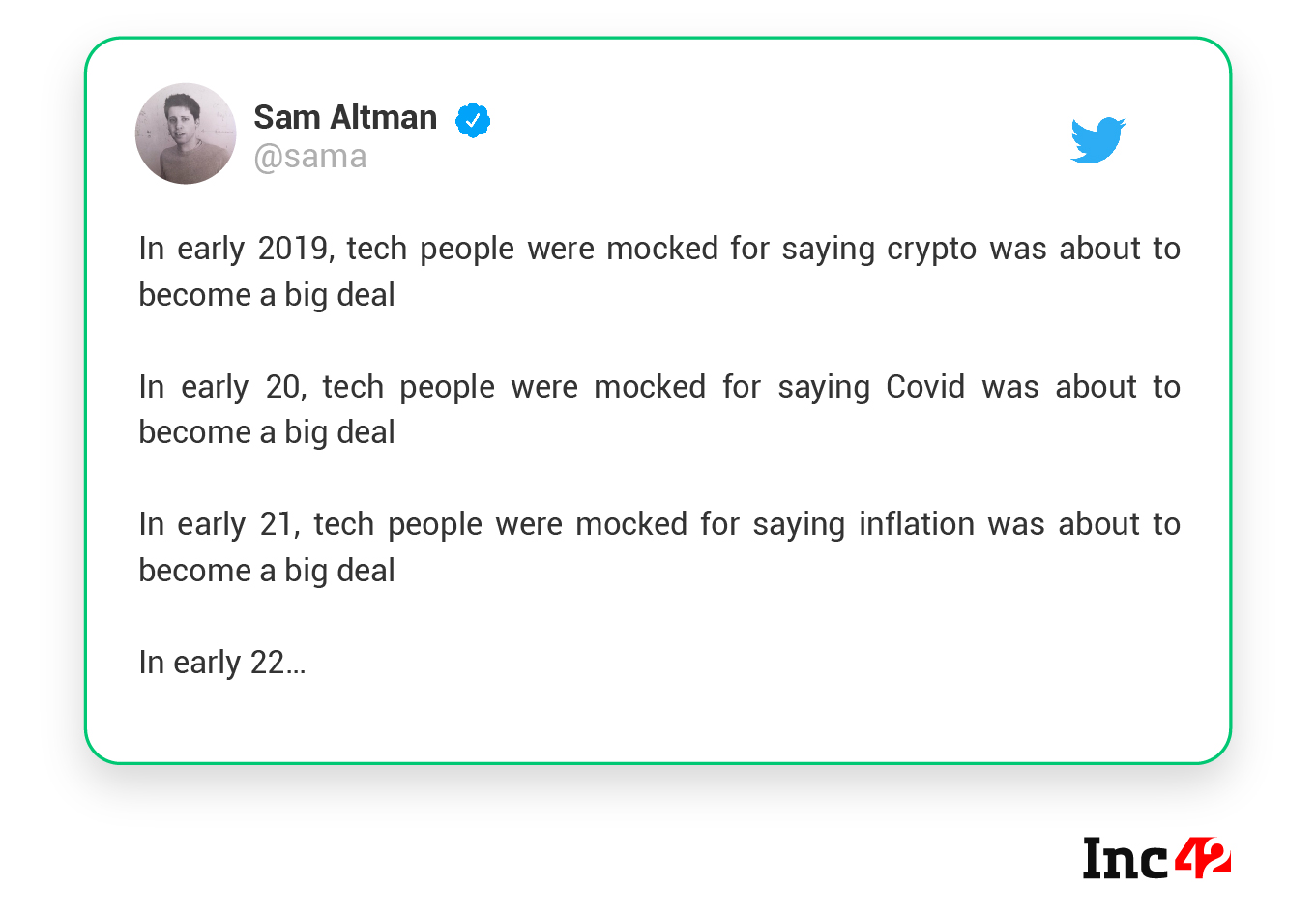 🚀 PolygonLEAP 2021 Accelerator To Drive Web3 Innovation In India: Backed by the likes of Lightspeed, Elevation Capital as some of the investment partners and mentors, Polygon has joined hands with Singapore-based innovation management firm Lumos Labs to launch an accelerator programme. The winning startups will get $250K from Polygon and up to $9 Mn+ from investment partners.

🤑 The $1.1 Tn Digital Asset Opportunity: According to a recent report, India has the potential to add $1.1 Tn of economic growth to its GDP by adopting Web 3.0 and blockchain technologies.

🥷 Is Craig Wright Satoshi Nakamoto? Craig Wright, a computer scientist who had earlier claimed to be the secretive bitcoin inventor Satoshi Nakamoto, won the bitcoin case worth $50 Bn. In a lawsuit, Ira Kleiman, brother of David Kleiman (David was Wright’s friend and died in 2013), contended that Wright must share half of the bitcoin initially mined by the duo as David was Wright’s partner in bitcoin development.

However, in the absence of proper evidence, the jury allowed Wright to hold on to a hoard of bitcoins worth billions of dollars.

Closer home, the crypto situation is not looking up. There is enough confusion defining ‘private’ crypto, and we are not sure how the government will draw the line between crypto as a currency and crypto as an asset class. Eventually, will it be a script on token vs token? Also, how can DeFi and NFT flourish if payment via crypto is banned?

As India prepares to regulate digital currencies, we still have more questions than answers! 🤷‍♀️