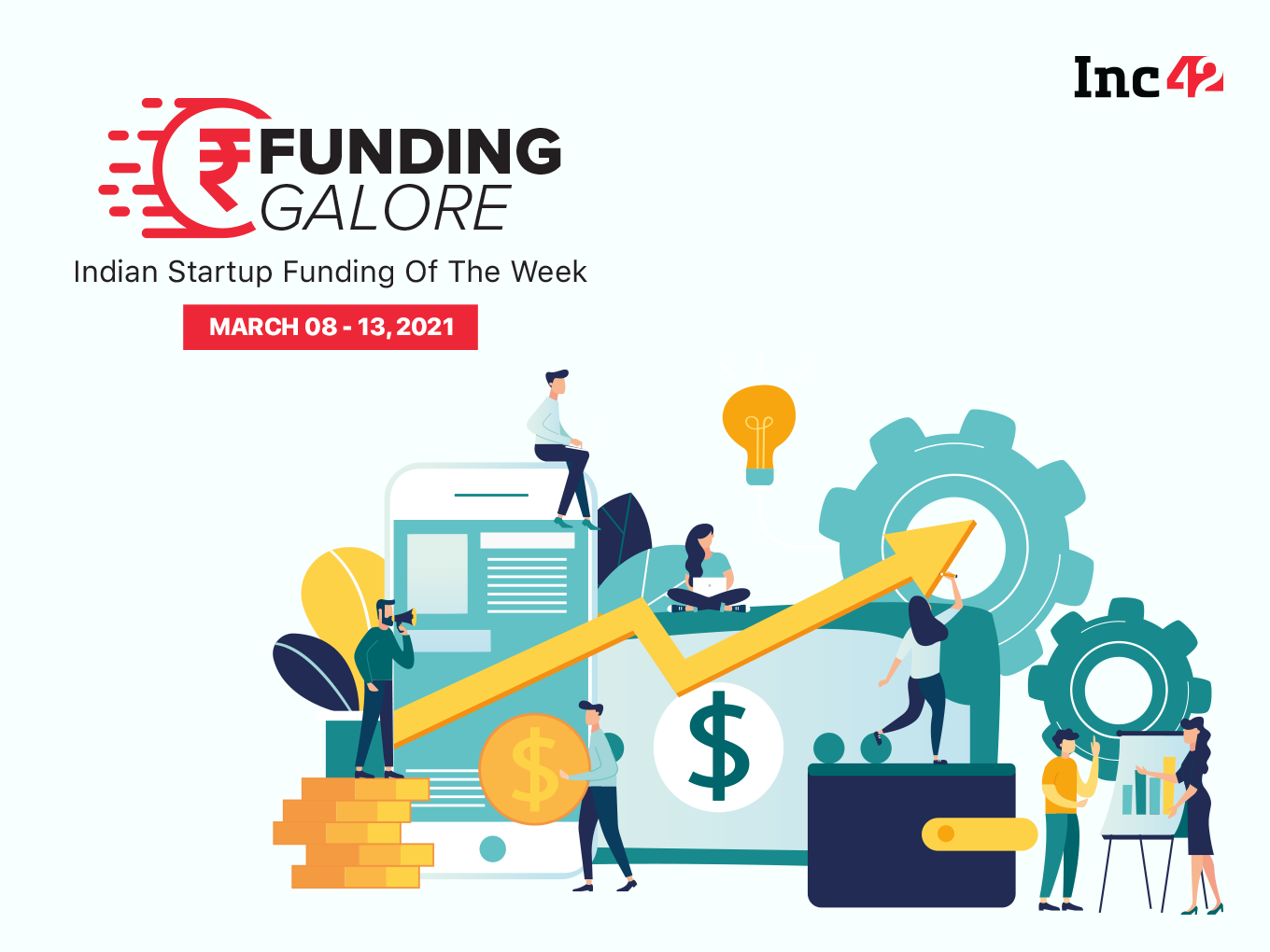 Tata Group has officially sought the CCI’s approval to acquire 64.3% of BigBasket

This week, enterprise tech unicorn Icertis grabbed the headlines for nearly tripling its valuation after a $80 Mn Series F funding round. Pune-based Icertis had entered the unicorn club in 2019, and the latest round was led by existing investor B Capital Group with participation from other investors. The round values the SaaS startup at $2.8 Bn.

The funding round also saw participation from Greycroft, Meritech Capital Partners, Premji Invest, PSP Growth, and e.ventures, according to a company statement on Thursday. With this round, Icertis has raised over $290 Mn in funding to date.

In July 2019, Icertis raised $115 Mn in a funding round led by US-based venture capital firm Greycroft and PremjiInvest to enter the unicorn club. It became the first unicorn from Pune, and was soon followed into the unicorn club by fellow Pune SaaS startup Druva.

Overall, two startups were acquired this week and over $169 Mn was invested in Indian startups across 18 deals.

Other Startup Funding And Investments News This Week

The INR 510 Cr initial public offering (IPO) of the online travel portal EaseMyTrip was subscribed 159.33 times by the end of its final day i.e. March 10, 2021. For the over 1.5 Cr shares on offer, the IPO received bids for 240.27 Cr equity shares, the subscription data available on exchanges showed.

The IPO went live on the National Stock Exchange (NSE) and the Bombay Stock Exchange (BSE) on March 8, just as the travel and hospitality industry is poised for a strong comeback after the pandemic-induced lull through all of last year.

The Tata Group has officially sought the Competition Commission of India’s (CCI’s) approval to acquire a majority stake of 64.3% in online grocery retailer BigBasket, regulatory filings revealed on Friday. The acquisition would enable the Indian conglomerate to boost its yet-to-be-launched super app play as the group plans to bring all its consumer offerings onto a single platform. The exact value of the transaction has not been disclosed yet, but market estimates peg it at $1.8-2 Bn.

Mumbai-based online gaming company Nazara Technologies will launch its three-day initial public offering (IPO) on March 17 and aims to raise up to INR 583 Cr. The offer will close on March 19. Backed by the likes of Sequoia Capital, Hornbill Capital, WestBridge Capital, Turtle Entertainment and noted investor Rakesh Jhunjhunwala, the company has fixed the issue price at INR 1,100-1,101 per share.

The Singaporean subsidiary of hospitality major OYO Hotels & Homes has received a term loan from Japanese VC SoftBank according to a regulatory filing by the former.

Regulatory filings showed that OYO Hotels (Singapore) Pte Ltd has secured a loan of $200 million from SB Investment Holdings (UK), an affiliate of SoftBank Vision Fund. The company plans to use the loan to tide through the pandemic and strengthen its balance sheet. According to people in the know, a significant part of the funds will be utilised to enhance technology and data analytics.

US-based Amazon, the parent entity of Amazon India, has infused fresh capital of INR 225 Cr into its India payments subsidiary, Amazon Pay (India) Pvt Ltd, according to regulatory filings with the Registrar of Companies.

Amazon Pay India has, to date, received around INR 5,200 Cr out of which INR 2,000 Cr came in multiple tranches in the last two years.

India’s securities and market regulator the Securites and Exchanges Board of India has formed a group of experts to examine the feasibility of bringing regulations for special purpose acquisition companies (SPACs) which could boost the prospects of domestic listing of startups.

SEBI has tasked its primary market advisory committee (PMAC) with submitting a report on SPACs in India, along with “adequate checks and balances” to mitigate risks or complexities in the SPAC route under current Indian law.

On International Women’s Day this week on March 8, global tech giant Google India has launched a ‘Women Will’ web platform to guide female entrepreneurs to start earning effectively and grow their businesses. The platform will be complemented by community support, mentorship and accelerator programmes for rural women in India as part of the Google Internet Saathi programme.

Alphabet and Google CEO Sundar Pichai announced $25 Mn in grants to non-profit and social enterprises in India as well as across the globe to support the economic empowerment of women in the country. Pichai has committed to help a million Indian women in rural villages to become entrepreneurs through business tools, tutorials and mentorship.

“Women are almost twice as likely to lose their jobs during the pandemic and an estimated 20 Mn girls are at risk of not returning to school. We have the opportunity to build a future that is more equal and more inclusive – and we must take it,” Pichai added in the ‘Google for India’ event.

Mahindra-owned Indian cab aggregator Meru Cabs is reportedly looking to raise INR 350 Cr to INR 400 Cr funding and has been in talks with a clutch of strategic investors over the last six to nine months. The company is said to be in advanced talks with Japanese car leasing firm Orix Auto Infrastructure for a possible stake sale.