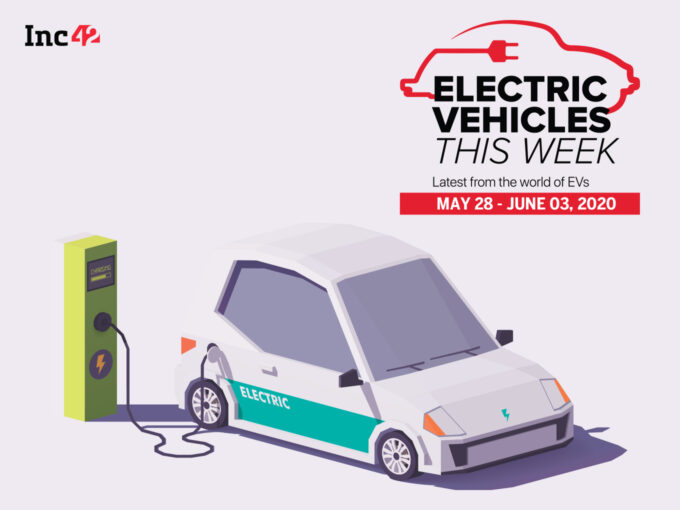 As pollution-free days and star-studded night skies post the nationwide lockdown gives new hope for electric vehicles (EVs) manufacturers of a changed consumption pattern, questions remain whether OEMs can capitalise the opportunity and be able to meet this new found demand and produce EV locally. This question also appears as the crux of the burgeoning sector, as it gets ready to celebrate world environment day on Friday (June 5).

Aryan added that a possibility exists of more electronics, software, lights, plastic, motors, battery management system (BMS), controllers, telematics and IoT systems to be locally developed. He said that it will be possible only if India built a local supply chain for all the critical parts of an electric vehicle.

In line with this, many EV manufacturers are currently working towards localisatising supply chains, a few of them including Tork Motors, Okinawa, Pure EV and others. EV News Of The Week:

In a bid to accelerate the adoption of electric vehicles, electric two-wheeler manufacturer Hero Electric under its recently launched ‘Keep Your Air Clean As This’ campaign announced that it will be offering the product booked free of cost to every 50th customer. Also, the company said that it will be offering every other online customer a cash discount of INR 3K on Hero Electric vehicles.

Accordingly, the online booking scheme is valid between June 1 to June 20, and will be applicable to all its electric models except Flash lead-acid, Glyde and Velocity. Also, Hero Electric said that customers will be eligible for a lucky draw for 10 electric push scooters ‘Glyde’ as a complimentary gift. The booking amount is priced at INR 2,999, and for referrals, the customer will be offered an INR 1K voucher as a token of appreciation.

Hero Electric In Trouble Over Clash With Honda Moove’s Design

Japanese auto manufacturer Honda Motor has filed a plea against Hero Electric at Delhi high court for copying its design and has sought to stop the company from manufacturing, selling and advertising the Dash electric scooter. The Japanese auto manufacturer alleged Hero Electric of ‘infringing’ the ‘registered design’ of the rear cover, front and rear lamps of its Moove electric scooter.

This move may impact the sales of Hero Electric Dash as it had launched its electric scooter last year, which was priced at INR 62K. Honda’s Moove, however, has not yet been launched in India.

The British brand, owned by Chinese company SAIC Motor, MG Motor recently announced that it will be making additional investments in its electric vehicles business in India for the next two years, as it believes that normalcy would return to the Indian economy. MG Motor India’s president Rajeev Chaba said that zero-emission vehicles will gain significant traction in the medium to long term, which will help the company to get a head start.

In addition to this, the company also announced that it will be launching its affordable electric vehicle by 2022, priced at INR 12-15 Lakh to qualify for a subsidy under FAME II scheme. MG Motor India also plans to source from local suppliers for most parts, and also start assembling Li-ion betters and other critical components in India.

In another update, MG Motor said it plans to launch a brand new ZS EV soon with a range of 500 Km. If this happens, MG’s ZS EV could become one of the best in its segments as far as range is concerned.

Indian auto manufacturer Maruti Suzuki announced that it will be launching an electric version of the Wagon R hatchback by 2021. According to media reports, the company has confirmed that it will be developing an all-electric version of the Wagon R. Maruti Suzuki’s CEO RC Bhargava said that it would cater to the requirements of the taxi aggregators. Further, he said that the acceptance from customers will make or break any electric mobility strategy and emphasised on the factors like ‘affordability, ease of ownership, and battery technology, which will decide the fate of electric vehicles in India.

Israeli startup Electreon Wireless recently announced that it will be building the world’s first electric road, where the demo of the project is said to be happening in Tel Aviv. The company will be setting up the electric road in a 2 Km stretch between Tel Aviv University and their main train station. This electric road will fuel electric vehicles on the go, and the company said that this will become crucial when electric vehicles become fully autonomous.

The electric road uses coils which are attached to the roads and are said to transmit electricity from a city’s power grid to a receiver attached under the vehicle, thereby allowing for continuous charging while driving.

US auto giant General Motors announced that it will be introducing a new electric vehicle platform in China, along with manufacturing electric vehicle motors, batteries and other core components in the country. This decision comes as a measure to support products locally to support future sales and production of electric vehicles in the field of new-energy vehicles.

GM China’s president Julian Blissett said that the company will be collaborating with more local suppliers in the production of electric vehicle parts such as Contemporary Amerex Technology on its Ultium batteries and others. The brand new batteries by GM are said to be unique as it comes in large-format, pouch-style cells which can be placed vertically or horizontally inside a battery pack. In other words, this allows engineers to optimise storage and layout for each vehicle design.