Globally, there will be over 500 different EV models available by 2022, reports BloombergNEF 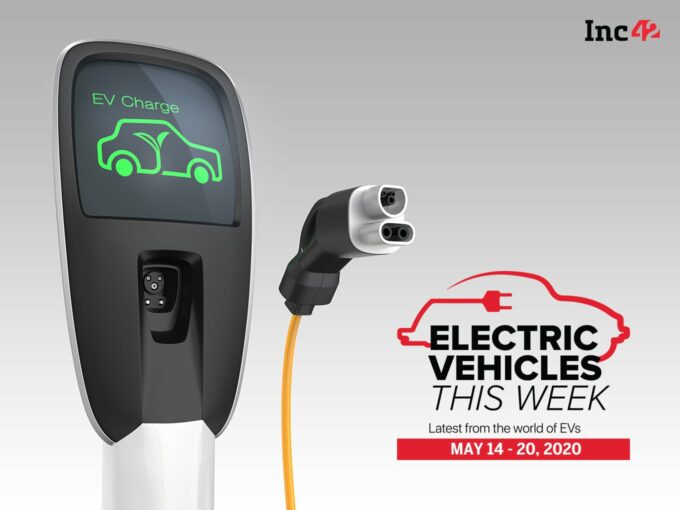 While there is a buzz around Covid-19 accelerating growth of the electric vehicle ecosystem in India, many automakers believe that the momentum of electric mobility in the country has nothing to do with the pandemic. RC Bhargava, chairman of Maruti Suzuki said that the future of electric mobility is in the hands of customers. He believes that if the customer finds value, they will buy it. It could involve factors like affordability, ease of ownership, battery technology among other things.

He added that the question remains whether customers want to buy them or not. However, Bhargava views the acceptance of electric vehicles in fleet services propelling the growth of the EV market in India.

According to Electric Vehicle Outlook 2020 by BloombergNEF, by 2022 there will be over 500 different EV models available globally as automakers accelerate their electric vehicle (EV) launch plans. The report also stated that the key to attracting new buyers in the market will depend on consumer choice and competitive pricing.

The report added that passenger EV sales jumped from 450K in 2015 to 2.1 Mn in 2019. Due to Covid-19, the sales are expected to drop before continuing to rise as battery prices decrease, energy density improves and more charging infrastructure is built. In addition to this, the report highlighted that by 2040, over half of all passenger vehicles sold will be electric. The lower adoption in emerging markets is expected to reduce the global average, as markets like China and parts of Europe continue to achieve much higher penetration.

According to DataLabs, in India, the adoption of electric vehicles is likely to grow with commercial vehicles, which is likely to have 70% by 2030, rather than in passenger vehicle space. 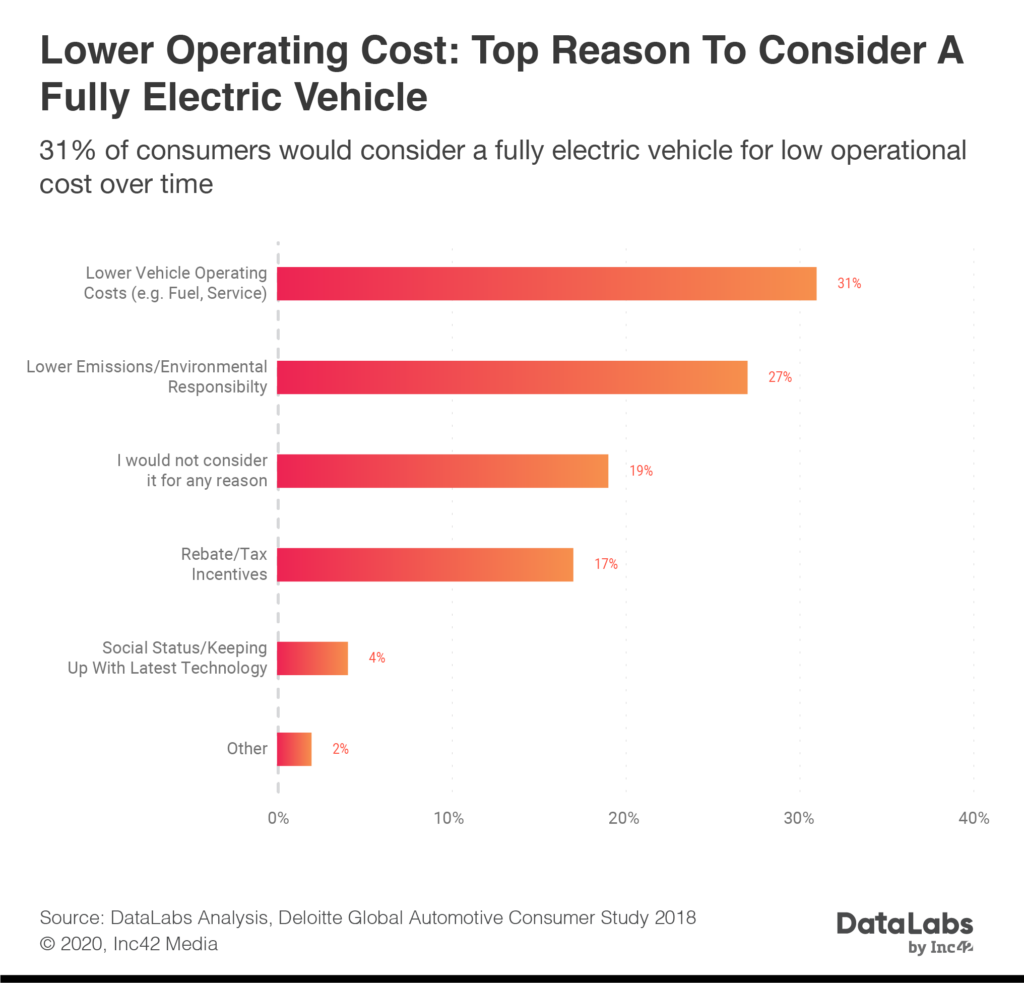 EV News Of The Week:

Electric two-wheeler manufacturer Okinawa announced that it will be launching its first electric bike Oki100 in the third quarter of FY20-21. The company said that it is going to be a 100% localised product with the focus on ‘Make in India’ in the Indian electric vehicle segment. Feature-wise, the new electric bike will clock a top speed of 100 Km per hour and will have a lithium-ion battery base.

Jeetender Sharma, managing director of Okinawa said that the company currently offers maximum localisation of electric vehicles, which is 88%. However, with the upcoming bike, it is taking the localisation level up to 100%, where all the components of the electric motorcycle will be manufactured and sourced from local suppliers. “We expect this to boost local suppliers’ domain and inspire all the EV startups to go ‘Vocal for local,’” he added.

After witnessing a good start for the Nexon EV, Tata has revealed that it is looking to launch Altroz EV and Hornbill EV in the near future. Last year, the electric version of the Altroz EV was revealed at the Geneva Motor show. According to media reports, both these electric vehicles are expected to be cheaper than the Nexon EV, which is currently priced from INR 13 Lakhs to INR 16 Lakhs.

It is said that Tata Hornbill EV and Altroz EV will be the most affordable electric vehicles in the market, priced at INR 10 Lakhs and INR 7 Lakhs, respectively. In terms of travel range, Tata Nexon EV currently offers a range of 312 Km, whereas Hornbill EV is expected to offer around 230-250 Km.

According to the US market research company, P&S intelligence, the EV component market is expected to grow at 22.1% by 2030, from a base of $ 536 Mn (INR 4K Cr) last year. The market’s growth is said to be fuelled by the demand caused by the launch of new electric vehicles for shared transport, including taxi aggregators such as Uber and Ola. Further, the study predicted that the battery management system for passenger car battery packs will register the highest annual growth rate of 61.7% over the next decade.

Renault Launches A Fleet Of 500 EVs In Paris

French carmaker, Renault recently announced that it has launched a fleet of 500 electric Zoe in Paris as part of the Zity electric-car sharing service in partnership with Spanish MNC Ferrovial. This decision comes after the automaker had already presented the new car-sharing service at the end of February. Due to Covid, it had to delay the operation. The company, in a media report, said that the electric-car sharing service will now be operated under strict hygiene and safety measures, which will cover both Paris and the northern neighbouring municipality of Clichy.

Interestingly, the customers can choose between a minute model, a fixed rental period or time credits with ‘savings packages’ without registration or subscription fees. Also, the company is introducing a flexible ‘stand-by’ price in case the customer parks the car for a while before resuming the drive, inside or outside the business area.

In an attempt to put a green twist on the continent’s post-pandemic economic recovery, the European Union plans to remove value-added tax (VAT) on electric vehicles. With this, authorities plan to boost the popularity of electric vehicles by providing incentives for car buyers to choose an EV over a gasoline or diesel vehicle. However, it is said that incentives and tax deductions could vary from country to country, but this move would encourage car buyers to go electric.

According to Bloomberg’s report, the commission said that the massive support for the automotive industry will put significant debt on future generations, and respect the youth’s expectations on climate change and for a healthier and cleaner future.