ValidateMe claimed to enable the school to store and access their digital records, remotely

The platform is said to enable the school to store and access their digital archives, perform background verifications and feedback consolidations faster

The global blockchain solution is expected to create close to 395 Mn jobs and generate $10.1 Tn in business opportunities, report 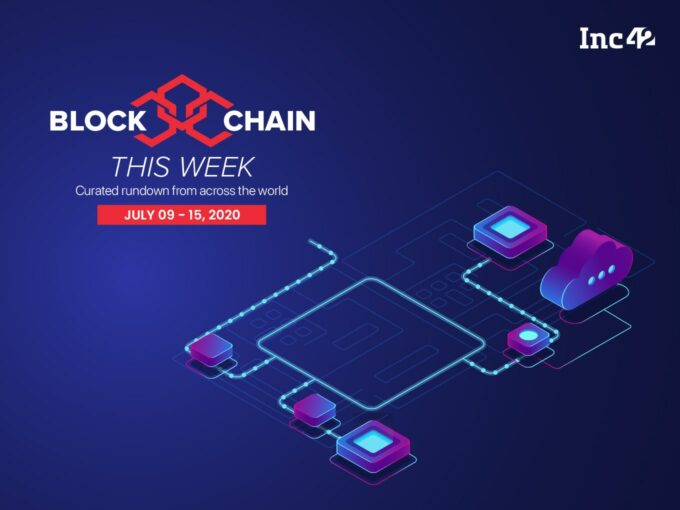 Simply put, this platform gives the school a distinct advantage to the students by setting up digital validated records right from the early years of their education. For parents, this platform will allow access to not just current digital records, but records spanning their child’s entire educational journey. Most importantly, it simplifies the student’s onboarding process in a much more efficient and scalable manner.

According to the ‘Future of Nature and Business’ study, published by the World Economic Forum, revealed that the blockchain solution could have the capacity to create close to 395 Mn jobs and generate $10.1 Tn in business opportunities in the next ten years. The report also stated that blockchain technology could significantly reduce food wastage in the supply chain, contributing up to $365 Bn.

The report also cited that pilots in Benin, Ghana, India and Rwanda suggested that relatively low-cost storage techniques and handling practices can reduce post-harvest food loss by more than 60% and raise marginal farmers’ incomes by more than 30%. Citing IBM Food Trust, the report stated that the many players like Walmart, Nestle and Tyson Foods have already started implementing blockchain-based supply chains.

Furthermore, the report also highlights the use case of blockchain applications in energy and mining supply chains, which could potentially generate an opportunity worth $30 Bn in 2030. The WEF said that the scale of blockchain’s potential will help create $3.5 Tn of value in energy and extractive systems.

In the recent report released by WEF on blockchain business opportunity and jobs across three socio-economic systems shows that the industry can deliver close to $10.1 Tn of annual business opportunities and 395 Mn jobs by 2030, globally. 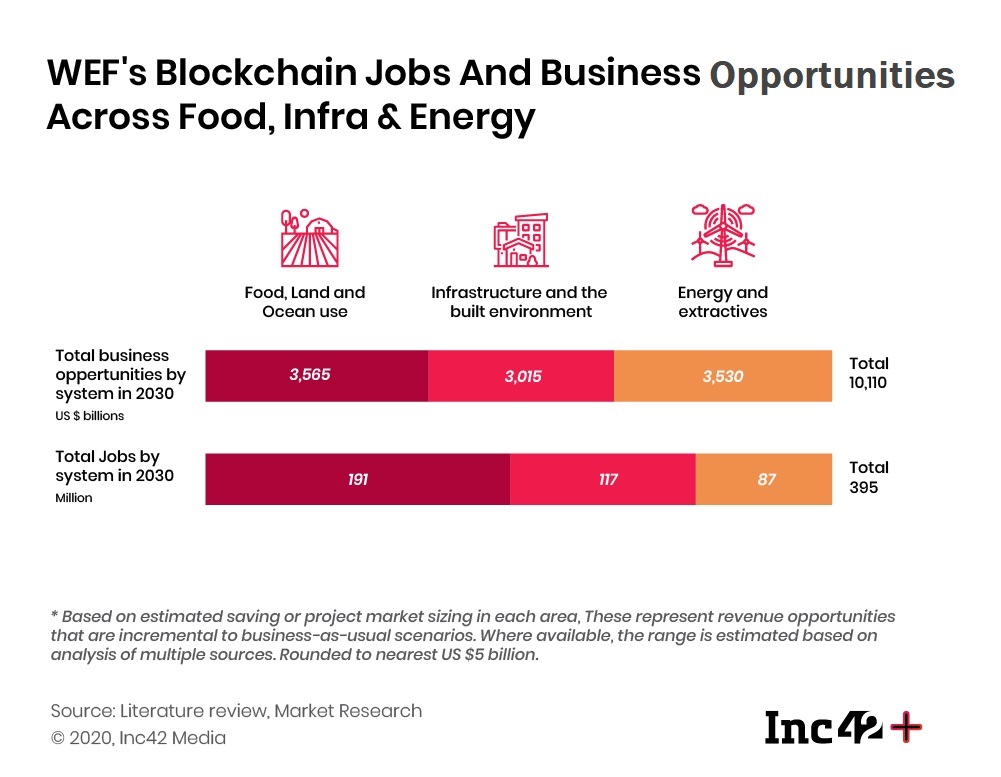 The US Food & Drug Administration (FDA) unveiled a new initiative focused on food safety leveraging blockchain tech in tracking products. The authorities have released a blueprint document. Accordingly, the food administration body will be using emerging technologies to enhance existing systems and build new ones.

Citing the real-time movement of planes, ride-sharing, and packaged goods, on how it is being tracked using digital tools in the recent past, the FDA in the document noted that its stakeholders should be looking at new technologies such as artificial intelligence, IoT, sensor and blockchain to effectively track and trace food.

David E Rutter said that the secondary market for corporate bonds is on the rise, but the existing platforms don’t serve the purpose. “Working with the industry, we will build a platform that solves the challenges of locating and promoting liquidity and data ownership once and for all,” he added.

In a bid to promote digitisation across all in the industry in the post-Covid era, the South Korean government announced its plans to invest over $48.2 Bn in blockchain and other Industry 4.0 technologies for the next five years. Filling the gap, South Korea President Moon-Jae said that the new industrial revolution would bring several benefits that the new industrial revolution could bring to the county, as per his interaction with ZDNet, With this, the plant aims to create close to 56K jobs across different sectors, including big data, networks and article internet.