Blockchain This Week: Election Commission Of India Proposes Use Of Blockchain Solution & More

Blockchain This Week: Election Commission Of India Proposes Use Of Blockchain Solution & More 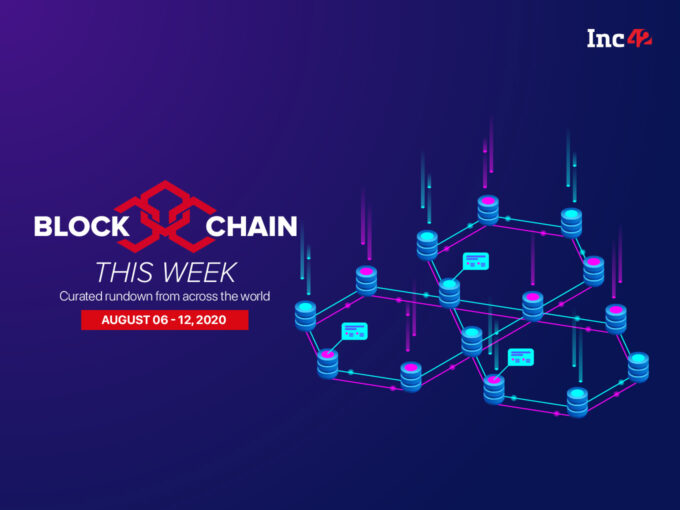 At a webinar ‘Technology Aspects of Remote Voting: Exploring Blockchain,’’ organised by the Election Commission of India (ECI) and Tamil Nadu E-Governance Agency (TNEGA), on August 10, the ECI proposed an idea of using blockchain technology as the solution for remote voting.

Citing the remote location voting concerns, Election Commissioner Sushil Chandra shared challenges of transparency and voter security regarding using a distributed consensus mechanism. Chandra said that blockchain solution can be the solution here, where the entire process is clear and transparent for voters.

However, the idea may seem far fetched, given the reality of India’s electoral process, where money, caste and location influences the election to a large extent. In addition to this, missing voters, misuse of identities, fake votes and re-elections are a major challenge. In fact, electoral data from the centre for research and debates in development policy and the Karnataka’s chief electoral officer’s website shows that 15% of citizens’ names were not included in the voter lists.

Not only in India, the electoral process across the world has been manipulated and tampered one way or the other, including the US-presidential elections, where Cambridge Analytica sold the data of American voters to political campaigns and ultimately provided assistance and analytics to Ted Cruz and Donald Trump campaigns.

Shiv Aggarwal, CEO, MyEarth.Id and an ex-president of Government Blockchain Association (GBA), UK Chapter, told Inc42 that the implementation of blockchain-based voting system is a very good value proposition. And when it comes to trust and transparency, blockchain is the best possible solution on the table, he added.

Further explaining, Aggarwal said that voting can happen in two areas, one with respect to the democratic election process and the other in the corporate world, including annual general meetings, board meetings. “The implementation of blockchain in these processes starts with identity, ‘how do you ensure that all voters are registered, and there are no fake profiles and fake voters, so that is the first step,” added Aggarwal.

This is followed by the digitisation process, where irrespective of physical location constraint, the person is able to vote online. Then comes the cybersecurity challenge, making sure that the system is safe and secure. In all these steps, blockchain plays a significant role in ensuring a fair, trustworthy and transparent electronics process, shared Aggarwal.

Traditionally, the counting of voting takes a lot of time, and also, at times when political parties challenge the results, the entire process becomes cumbersome and resource-intensive. In a way, the blockchain-based voting system not only provides real-time results, but also ensures that the counting is foolproof, and with blockchain, nobody can tamper the results.

Similarly, after going through minor hiccups and hacking attempts on the blockchain voting network in Russia’s recent referendum on constitutional reform at two pilot testing locations, including Moscow and Nizhny Novgorod, the government officials are now planning to expand this voting system across the country in next year’s parliamentary elections.

If we closely look at Russia’s blockchain solution for remote voting, the authorities said that the blockchain technology ensured the safety of the process and complete anonymity of voters. During the vote, an electronic ballot was designated to each e-voter anonymously. It also stated that the link was generated randomly from three sources, including voter’s personal account on the city website, their browser and secure blockchain network. “This system made it virtually impossible to track the patch of the electronic ballot, while no pressure on voters and no manipulation of the results,” shared the authorities.

According to Russian media reports, 450K voters were given the opportunity to vote electronically for Moscow’s 30th district election, out of which, 11,228 voters registered and 9,810 actually voted. The result of e-voting provided Margarita Rusetskaya with 1,120 votes jump, accounting for a total vote of 9,645 votes, where she won with just 84 votes ahead of Roman Yuneman, who stood at 9,561 votes.

In other words, there was a complete seamless voting process, and most importantly, it saved a lot of resources and time for the government. Also, in comparison to paper ballots conducted last year, the participation of the voters has also increased by 5-10%, which is a good sign. 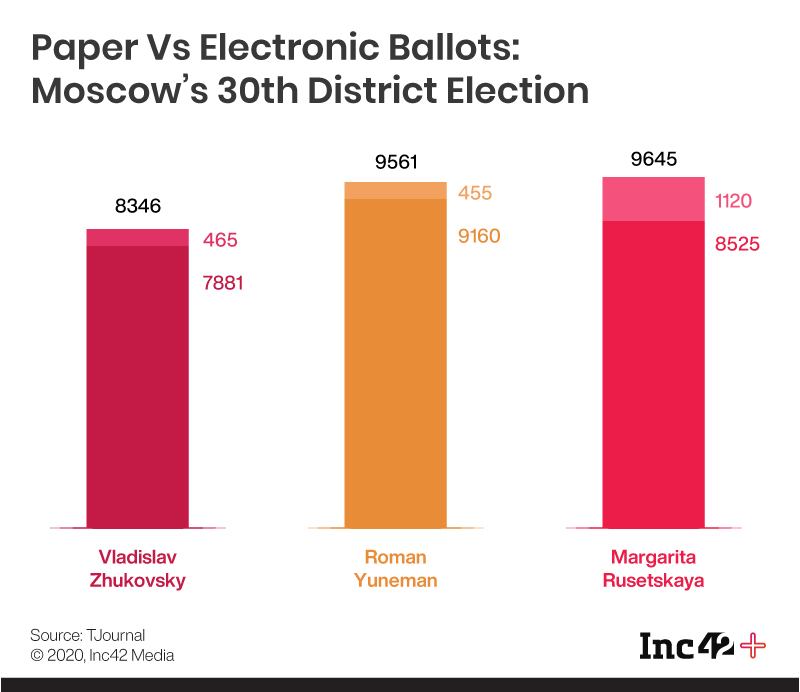 At the webinar ‘Exploring Blockchain for Remote Voting,’ alongside MeitY, MyGov and other industry body working in the blockchain chain space, the principal secretary of Information technology Jayesh Ranjan said that the Telangana state would be experimenting with the technology at a small scale for learning purposes and slowly scale up.

Further, he said that the state government could pool their efforts, with a go-ahead from the ECI, to perfect the technology required for this endeavour, including facial recognition software and encryption tools. He suggested that smaller authorities like societies, neighbourhoods, sports associations, cultural associations, can use this technology to conduct their internal elections.

“Once we have enough use cases, we can convince the government to try it out and gradually scale it up to the national level,” he added.

As the world is still grappling through the worse economic recession caused due to Covid-19, and figuring out ways to overcome them. China seems to have overcome them and looks positive, where it has recorded the highest number of blockchain startups registered in 2020.

In a Twitter post, LongHash, a decentralised data provider revealed that over 10K blockchain firms were registered in the first seven months of 2020, the numbers of new companies are on track to surpass those established in 2019, which stood at 14K. 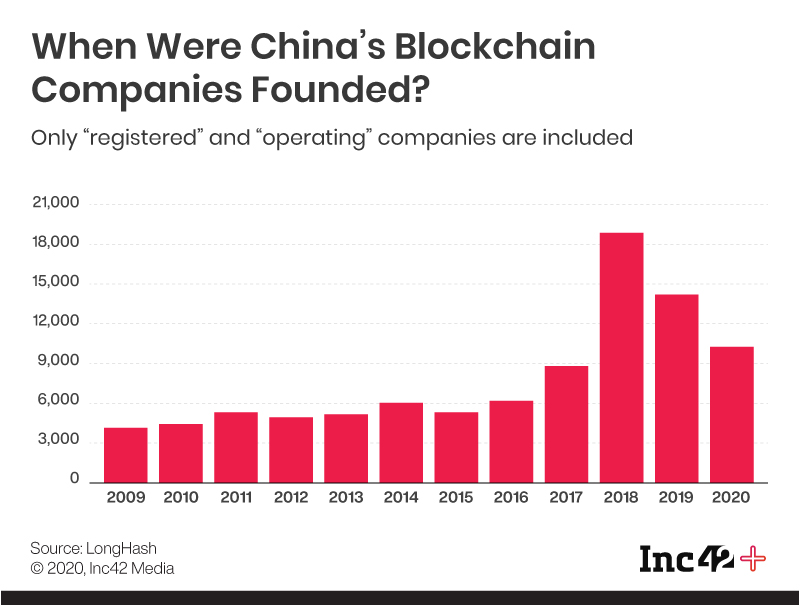 Mitsubishi’s metal and mining subsidiary, Mitsubitshi Corporation RtM Japan, recently partnered with a US-based blockchain company Skuchain, to launch the ECO platform for trading precious metals. With this, Skuchain’s ECO platform will facilitate trade by generating, managing and executing invoices and confirmations between counterparties. In addition to this, parties can take documents used in trade transactions, including invoices and confirmations, and use the system to sign them digitally, thereby storing the signed documents on the blockchain network.

Rebecca Liao, cofounder and COO of Skuchain said that the counterparties can see the rules by which their data is shared with others. She also said that whenever someone wants to change those rules, they can go directly to their node and change those settings. Prior to this, Skuchain had actually partnered with Japanese tech giant NTT Data to build a separate platform for supply chain and logistics management.