Co-founder of The Quint, Ritu Kapur will joining the board of the YouthKiAwaaz.

Founded in March 2008 by Anshul Tewari, YouthKiAwaaz is a completely people-driven digital media platform for the youth to express themselves on important critical issues. It aims to transform the media segment through thoughtful stories, ideas and opinions contributed. 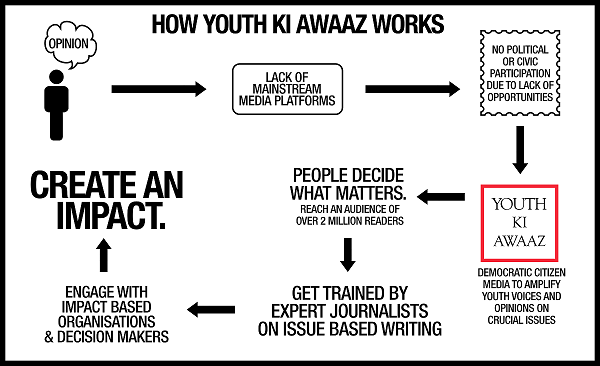 The company claims to have over 1 Mn monthly readers. Currently, over 35K writers contribute content on its platform from India and across the world.

The capital raised will be used in expansion of its team and business model, while also boosting its technology in order serve their readers in a better way.

Speaking on the investment, Raghav Bahl, co-founder of Quintillion Media said, “Globally, the digital hand-held space is not more than two years old and we prefer early-stage deals, because it’s fun to grow alongside these opportunities. Quintillion Media usually looks to invest about $1 Mn (INR 6.6 Cr.) each in startup ventures.

Quintillion Media, founded in 2014 and launched operations in MarchPreviously, it has invested in Sheroes.in, a jobs and career community for women.

Recently, there has been a lot of activities in the online media industry. For instance, digital media company iamWire had raised a funding round late last month, while Bangalore-based media tech company, YourStory raised an undisclosed amount of Series A round of funding.