Modi government will soon be launching Master app – UMANG in order to ease out the difficulties faced by the citizens while accessing e-government services. A part of PM Narendra Modi’s Digital India programme, the decision came in lieu of increasing smartphone and internet adoption in the country.

UMANG stands for Unified Mobile Application for New-age Governance. The project is being developed by the union ministry of communications and information technology’s national e-governance division (NeGD).

“Everyone is carrying a smartphone and using the internet on mobile. So we want to provide services wherever the citizens are.” said NeGD official.

At present, one needs to hop from one app to another, for 200+ central, state and local government services such as passport Seva, Income Tax, Women Safety, etc. The government plans to introduce a minimum of 50 services this year and gradually cover the rest in three years.

The users would be required to register with their personal details and key identification documents such as Pan Card or Aadhar Card. One could access the app in 13 languages and there is also proposal to make it available offline via sms or single toll free number.

Here is a complete list of services that are proposed to be added in the app: 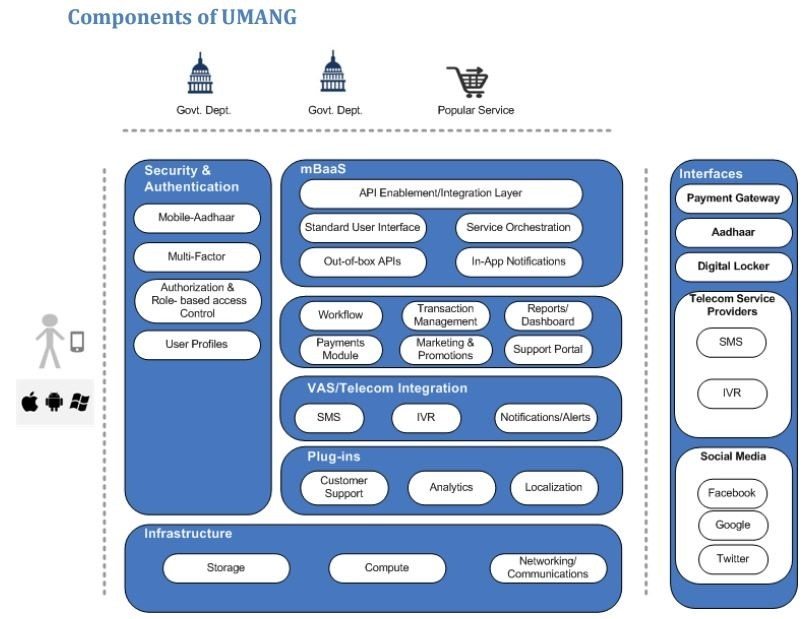 The main challenge is to convince more departments to come on board. As proposed, a financial incentive will also be created for partner agency to bring more departments on platform, once it is functional. As far as security is concerned, NeGD is clear that app will not store any data and will only aggregate, connecting with backend database of each department.

The app is currently in developmental stage. Although in pipeline for almost 8 months now, the app has not reached even the initial stage. Bids have been invited from partner agencies to take the project forward. There are hopes that it would be made available to the public by the end of this year.