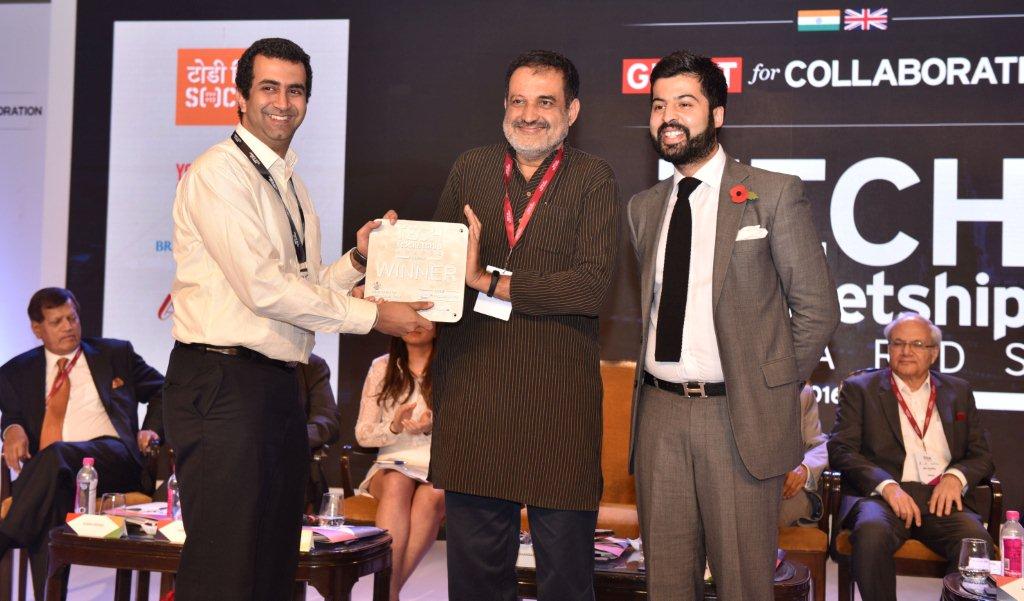 The 10 winners of the UK’s Department for International Trade (DIT) Tech Rocketship Awards are headed off to UK along with the two winners of their Dev Tech awards from 29 January -3 February 2017. The TECH Rocketship Awards are aimed at fostering technology, innovation and collaboration between startups, universities, and industry leaders in India and in the UK. The top 10 startups have won a trip to the UK and a chance to pitch in front of potential investors.

The winners were selected from over 10,000 companies evaluated in a multi-city tour. Out of the 600 companies shortlisted in the first phase, 35 emerged successful in the pre-finals. Following that, 10 shortlisted companies were selected by a panel of judges comprising Anand Mahindra, Mahindra Group; Dr. Saurabh Srivastava, Indian Angel Network; T V Mohandas Pai, Chairman, Board of Manipal Global Education; Shradha Sharma, Founder, YourStory; and Dr. Kiran Mazumdar Shaw, Biocon Limited.

Amo Kalar, Deputy Director Investment stated, “We are incredibly proud and excited that our superstar TECH Rocketship winners will now get to experience their ‘grand prize’- a trip to the UK to experience what the world’s foremost business destination has to offer. The trip has been designed to put them right alongside pioneers within the UK technology and startup scene, from incubators to funder with funders thrown in for good measure. “

This is the third year of the TECH Rocketship Awards and the first year of the Dev Tech Awards launched in September 2016, to recognise entrepreneurs who create innovative tech-based solutions that benefit India’s poor and create a positive impact in a number of areas, including in education and agriculture. The winners of this year’s Dev tech awards are Mother Diagnostic Systems and JK Nanosolutions.

The winners of both awards were announced at the India – UK TECH Summit, inaugurated by the British and Indian Prime Ministers in November 2016. Both the awards are looking to position the best Indian companies, with the most scalable and international-ready technologies, in front of UK and Indian VCs, angel investors, and also putting top UK service providers before these Indian companies. Indian Angel Network (IAN) has closely worked with UK’s Department for International Trade (DIT)  to shortlist the applications and has also invested in businesses of two of the winners.