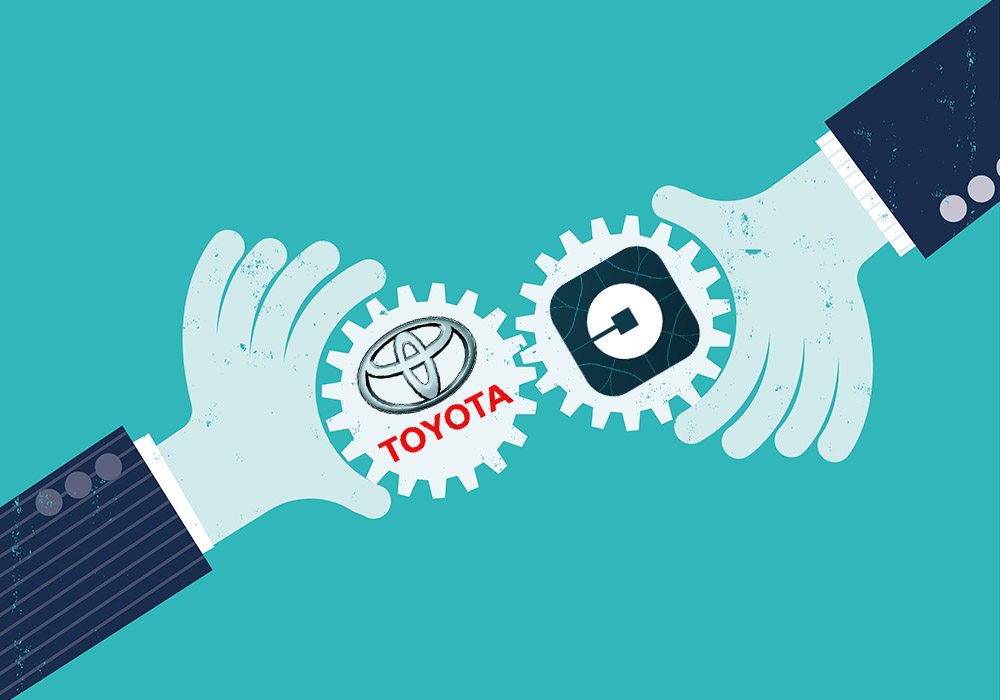 Toyota Motors will invest an undisclosed amount in San Francisco-based ride sharing app Uber and the two have entered into a strategic partnership, the company said in a statement.

As a part of the agreement, the two companies have agreed to conduct ride-sharing trials in countries where ride-sharing is expanding, taking various factors into account such as regulations, business conditions, and customer needs.

Also, Uber drivers can lease their vehicles from Toyota and cover their payments through earnings generated as Uber drivers. The leasing period will be flexible, based on a driver’s need.

As part of the partnership, Toyota Financial Services Corporation and Mirai Creation Investment Limited Partnership are making a strategic investment in Uber.

Emil Michael, Chief Business Officer of Uber, said, “We’re excited that Toyota, the largest automobile manufacturer in the world, is making a strategic investment in Uber as part of a broader global partnership. Toyota vehicles are among the most popular cars on the Uber platform worldwide and we look forward to collaborating with Toyota in multiple ways going forward, starting with the expansion of our vehicle financing efforts.”

Just last week, Uber released official photo of its self-driving cars. The partnership with Toyota, which is also interested in self-drive technology will help Uber to expedite its process.

The partnership comes as a respite for Uber, as its competitors like Lyft and Didi have already paired up with biggies in the past.

Toyota said that it would explore with Uber the development of in-car apps that support Uber drivers, “sharing knowledge and accelerating their respective research efforts,” and establishing a special fleet program to sell Toyota and Lexus vehicles to Uber.