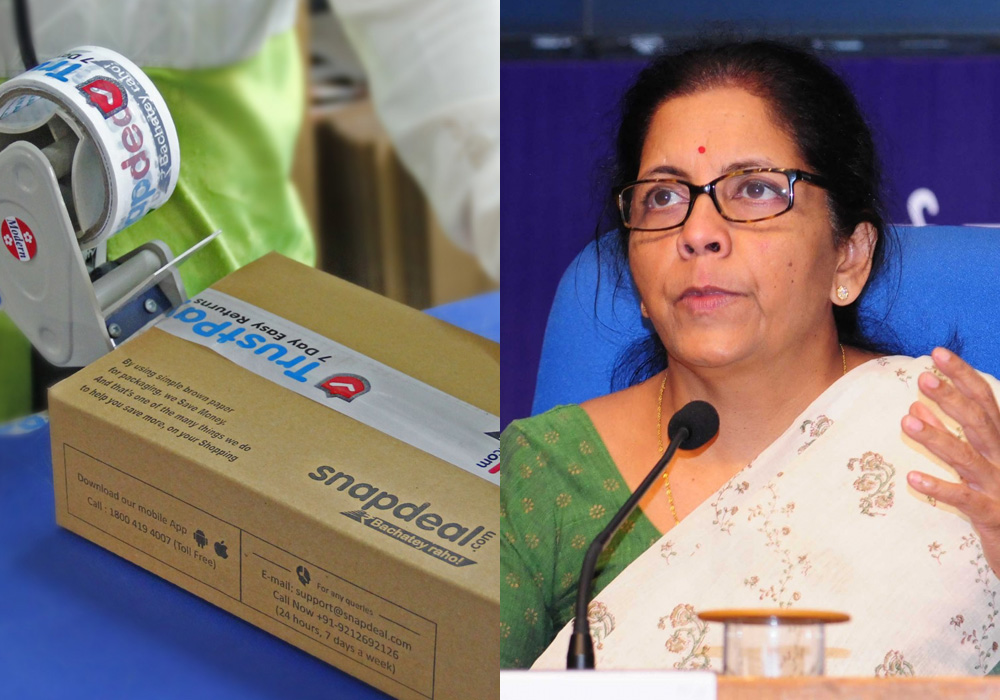 After news of Snapdeal layoffs abounded in the media, in the latest development Nirmala Sitharaman, Minister of State (Independent Charge) for Ministry of Commerce & Industry has stated that she is going to inquire about vendors’ complaints of default payments by the ecommerce unicorn.

In February 2017, sellers went to Nirmala Sitharaman to appeal to her to safeguard their money that Snapdeal holds, in the form of outstanding dues.

The All India Online Vendor Association had written to the Minister that Snapdeal holds about  INR 200 Cr-INR 300 Cr on any given month in the form of outstanding dues and goods in transit or refunds.

According to media sources, during a conference on competition law organised by the fair trade regulator Competition Commission of India, Nirmala spoke to the media. In a formal statement, she said, “A lot of people have approached me on the issue. We need to examine whether it is a case of some commercial transaction gone wrong, or it is some violation… There are too many angles to the issue.”

Adding further, the Minister said, “I need to consult with other ministries in the matter, and am already working with them.”

Stating all the speculation as baseless, a Snapdeal spokesperson told Inc42, “All business dealings with sellers are conducted within the framework of signed contracts with a clearly defined scope of work, charges, and payment terms. All payments continue to be made as per contractually defined payments cycle with no delays. Any speculation with regard to delay in payments to sellers is incorrect and baseless.”

This move by the merchants is the effect of the statement issued by the company, in February 2017, where the founders conveyed their intent to take a 100% salary cut.

Looks like there is no end to the troubles for homegrown ecommerce giant, Snapdeal. From eliminating about 600 people in its workforce in February 2017, the resignation of Vijay Ghadge, COO at Snapdeal’s in-house logistics arm Vulcan Express Pvt. Ltd, rumours of an Alibaba acquisition to Softbank writing off around $475 Mn in its combined shareholding value in Ola and Snapdeal, for the period ending December 31, 2016 – the trials of the ecommerce company seem to be going from bad to worse.

But it is not just Snapdeal facing the short end of the profitability stick. Rival Flipkart is also sailing in the same boat. In March 2017, Morgan Stanley mutual fund marked down Flipkart’s valuation for the fifth time in a row, bringing down its valuation to $5.37 Bn. At the same time, Paytm Marketplace, the ecommerce arm of One97 Communication has raised $200 Mn from Alibaba and other investors, in order to tackle the $120 Bn by 2020 estimated ecommerce market in India. Paytm is joined by global giant Amazon, which has been steadily pumping in cash into its Indian wholesale business to the tune of $1 Bn. With competition heating up and the road to profitability a distant dream, it remains to be seen what the beleaguered unicorn’s next move will be.