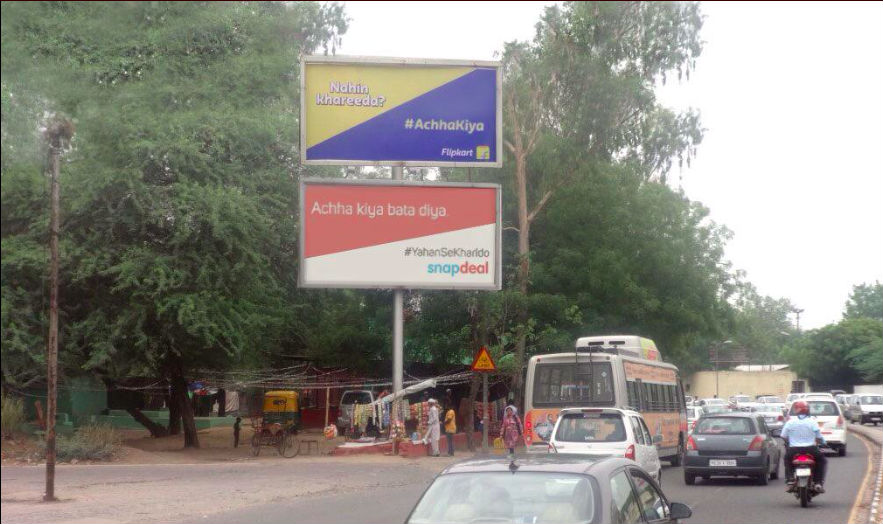 India’s Ecommerce giant Snapdeal have once again pulled off some witty ambush marketing against Flipkart’s new campaign – ‘Acha Kiya nahi Kharida’. Flipkart has recently been creating a lot of suspence with the #AchhaKiya hashtag, posters and themed TV ads.

While the nation was wondering what the campaign is all about, Snapdeal decided to fill in for our imagination with “Acha Kiya Bata Diya. #YahanSeKharido.”

Snapdeal also strategically painted the hoardings to look like a follow-up to that of  Flipkart.

There are many more cases of ambush marketing in startup ecosystem. Latest being the Zostel and OYO Rooms, preceded by Commonfloor and Housing.

Also, Snapdeal has done a similar follow-up ad on the launch of Flipkart’s Big Billion Day.