Updated: Jugnoo Lights Up Again After Paytm Recharges It With $10 Mn

Updated: Jugnoo Lights Up Again After Paytm Recharges It With $10 Mn 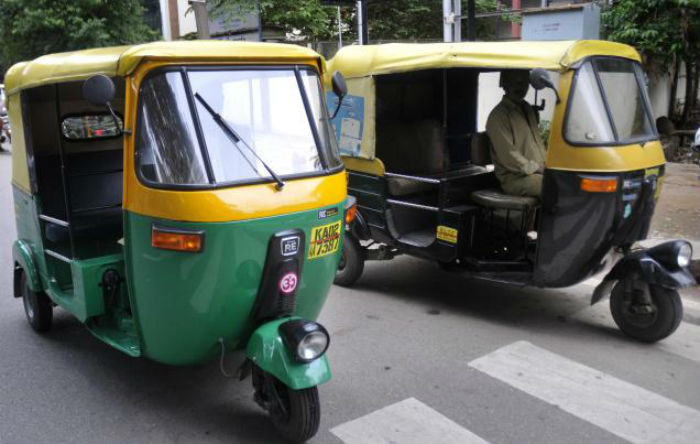 Update: Today, Paytm officially announced its fresh funding in Jugnoo. This is the second tranche of investment from Paytm in Jugnoo after having participated in a $5 Mn round, earlier this year in June.

Kiran Vasireddy, senior VP, Paytm, said, “Hailing an auto whenever and wherever one needs was previously simply unheard of. Jugnoo is an excellent app here to make it an easy and hassle-free experience. Jugnoo would require more funds to scale up its operations across the country and we want to be a part of its growth story. Its hyperlocal deliveries using auto-rickshaws is an excellent mechanism for auto drivers to earn more in their free time between customer rides.”

After raising $5 Mn in a Series A round from Alibaba-backed Paytm and Snow Leopard, Chandigarh-based autorickshaw aggregator and hyperlocal delivery startup, Jugnoo, has again raised $10 Mn from Paytm. This funding round was led by Paytm at $50 Mn pre-money valuation.

This is the second tranche of investment from Paytm, post the previous round raised in July this year. After this round, Paytm’s stake in Jugnoo has gone up to around 20%. The money will be used for Jugnoo’s operational expansion as a whole, and in building processes and procedures needed to cope up with its growth.

Samar Singla, CEO and co-founder of Jugnoo has confirmed the development, but did not divulge the amount raised. “We are entering new cities every three days, while we are planning to enter major metros in the coming months. We are doing 15,000 transactions per day currently, and our aim is to take that to 1,00,000 by February next year,” he said.

He also confirmed that Jugnoo is already in talks with big funds for its next round. “Series B was a good preparation for it. We will hopefully close it by year end,” he added.

We have reached out to Paytm for an official response and are yet to hear from them.

Jugnoo fulfils its hyperlocal on-demand delivery services using auto rickshaws as a logistics engine. In September this year, it acquired restaurant discovery app, Bistro Offers, and mobile only services marketplace yelo.red. The size of both the deals was identified at $1 Mn, including cash and stock components. It had also acquired taxi aggregator BookMyCab earlier this year, to foray into taxi-hailing space.

Jugnoo currently operates in 22 cities across India and is expected to set up its operations in Chennai in November. The startup faces strong competition from Ola and Uber, who are also into autorickshaw aggregation. In the hyperlocal delivery segment, it faces competition from strong players like Grofers, PepperTap, BigBasket, among others.

“Jugnoo will continue to scale as an auto-rickshaw aggregator – there is a lot to be tapped in this segment. We want to be the leading name in India and also focus on B2B deliveries. Apart from this, our international joint ventures are also underway,” said Samar.

Prior to the $5 Mn Series A round, Jugnoo had raised a seed round of $1 Mn from Rakesh Mathur (Junglee, Flywheel), Vikas Taneja (previous investments in Rapportive, PubNub, etc.), in April this year.