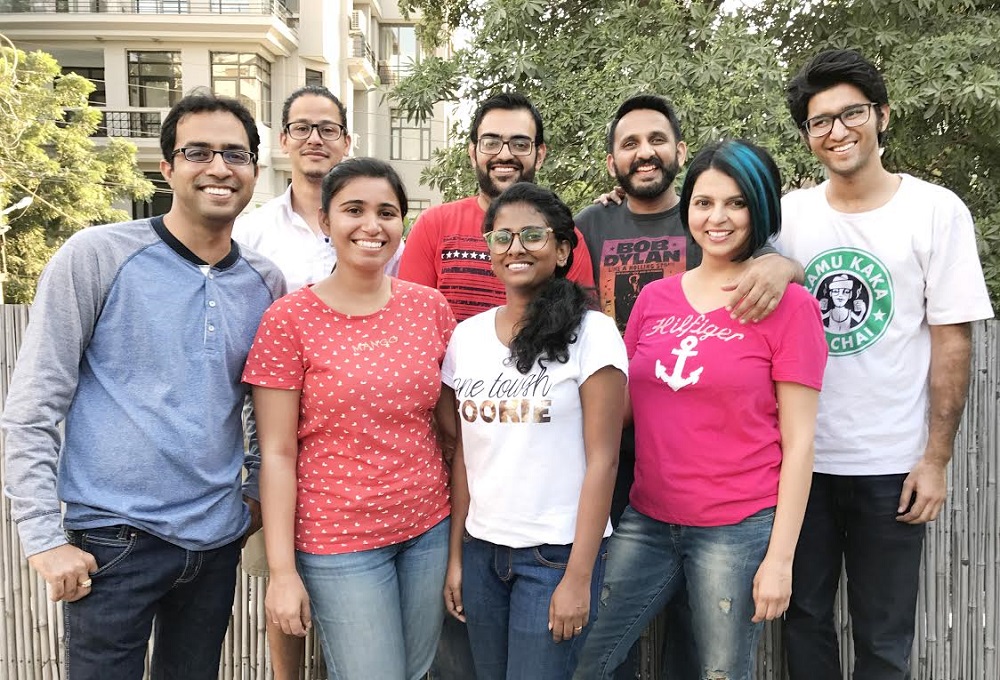 San Francisco and Delhi based social media marketing startup OrangeTwig has raised a Seed round of $1 Mn funding from an undisclosed Silicon Valley investor. An additional $75K has been added from a close friend.

The raised funds will be utilised to hire talent and ramp up marketing and sales operations.There are also plans to come up with an enterprise solution for large retail brands in India.

Earlier, a small amount of $50K was received from Juan Benitez (GM, BrainTree Payments), who is also an advisor to the company.

OrangeTwig was founded in September 2012 by the husband-wife duo of Karan Jassar and Sahiba Sandhu. While Karan was working as a Yahoo executive in advertising and search marketing division in San Francisco, Sahiba was running an online store on eBay selling traditional gifting items. The constant problem she faced was that there were no tools around to market her shop. Either the tools are quite expensive or they were too technical for a non-technical person to use.

It was then that the idea for OrangeTwig originated. The duo met their third co-founder Sakhil Chawla when they shifted to India for an extended period of time. The aim was to launch a marketing solution for small businesses which was simple, yet effective and can help increase the sales output for their clients.

OrangeTwig basically automates social media marketing for ecommerce sellers. One can use OrangeTwig to create daily deals to attract users from all corners of social media including Facebook, Twitter, Instagram, Tumblr and Pinterest. The team can help create and promote shop sales, discount coupons, occasions and events like Valentine Day, Black Friday, etc.

It also has a dedicated toolkit for Instagram marketing – a channel that is outperforming most other social media channels.  “Social media is a visual medium, but most small business owners lack knowledge of tools like Photoshop to design visually compelling graphics to market their products. OrangeTwig solves this problem,” says Karan.

The startup works on a freemium model and currently claims to have a client base of 18,000+ small business using its various tools. The clientele include online sellers who are selling either on marketplaces like Etsy or on platforms like Shopify, WooCommerce and Ecwid. The team further plans to add additional platforms like Magento & Big Commerce in the coming few months.

OrangeTwig’s customer base is predominantly US-based but they have users from Europe, Russia, Latin America, Australia and South East Asia.

Globally, it competes with multiple companies like Buffer, Canva, and Latergramme. The USP of the platform is its simplicity – a seller needs no technical, design, or analytical skills to use OrangeTwig. It also provides clients with meaningful data analytics to help them build further strategies. “One key differentiator is that we focus exclusively on ecommerce whereas our competitors are generic tools,” added Sakhil.

When asked about the challenges, Karan said,

“It was a bit difficult for us to hire a team in India as here there are a lot of people who are qualified academically, but not in skills needed. After a lot of pain, however we are lucky enough to get a sound team. Also, dealing with multiple social channels with several clients is a challenge that we face. But then, that’s the value we offer.”

Ecommerce is a booming space. In the US, there are 15 Mn+ SMBs selling on just the top 10 platforms and marketplaces. As shared by Sakhil, Etsy has empowered over 1.5 Mn makers to sell their products and platforms like Shopify enable anyone to start selling in under 15 minutes. “All these sellers will need help in driving traffic to their stores from social media and that’s where we come in,” said Karan.