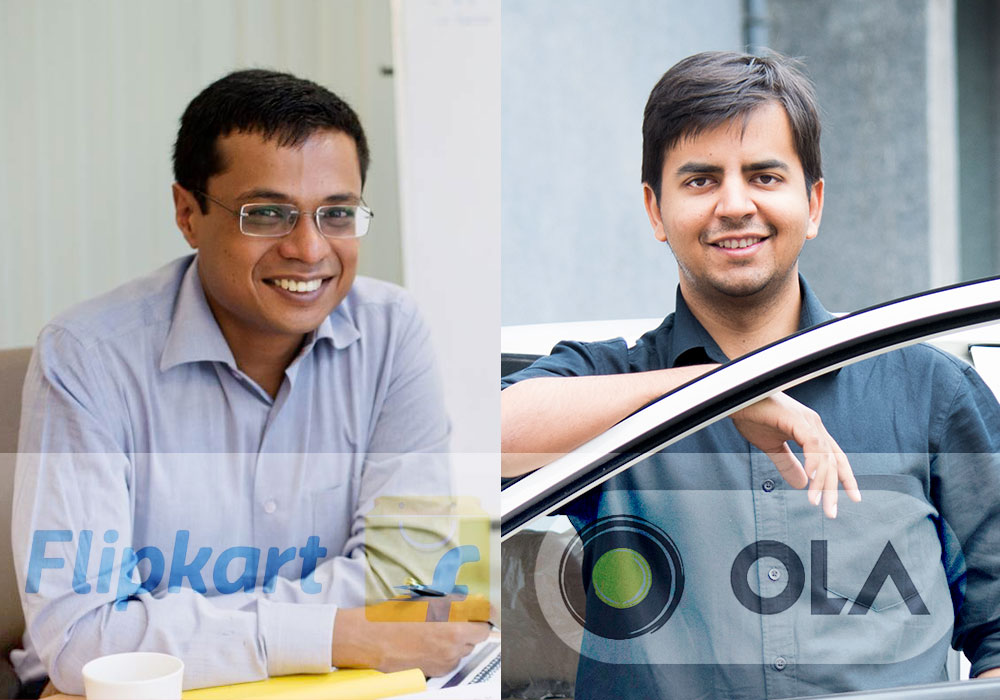 Whether it was the kaali-peeli taxi drivers’ strike against Ola-Uber on India or the entry tax on ecommerce goods – the Indian government has been expected to play a key role to protect the rights of the local low-level players in the country.

While, initially they clashed over policy and taxing, with growing penetration of Amazon and threats from hidden dragon Alibaba – these home-grown players have now raised the flag of nationalism to appeal for  rescue.

Reportedly, Flipkart’s Sachin Bansal and Ola’s Bhavish Aggarwal  have urged the government to design policies which will favour homegrown companies and help them battle with foreign players, such as Amazon and Uber.

“What we need to do is what China did (15 years ago) and tell the world we need your capital, but we don’t need your companies,” said Sachin, while speaking at the Carnegie India Global Technology Summit in Bengaluru. He further said, “We need to take a more India-centric approach than trying to become an ideal country based on standards set by the rest.”

The huge war chest of the foreign players has been given as the prominent reason for creating an unleveled playing field for the Indian companies. “What’s happening in both our industries (is that) there is narrative of innovation that non-Indian companies espouse but the real fight is on capital, not innovation. The markets are being distorted by capital,” said Bhavish.

He also said, “It’s much easier for non-Indian companies to raise capital because they have profitable markets elsewhere. You might call it capital dumping, predatory pricing or anti-WTO but it’s a very unfair playing field for Indian startups.”

Other arguments suggested that with the power resting in the hands of local players, high-value jobs, security, data, and privacy will all be under Indian control.

Earlier in October 2016, Sachin also revealed his intentions to create a lobby group for local consumer Internet startups, with an aim to form a trade association that will solely fight for local companies such as Flipkart and Ola with the government for favourable laws. He is reportedly in talks with several Indian entrepreneurs and influential investors to work towards the interests of these startups.

Is someone getting petrified here? Are the roots of our so-called Indian Unicorn companies so weak that they now require the government to protect them against their competitors? Are they wrong in wanting the favour of a capitalist-minded government? The answers to these questions are yet to be determined but for now, it is clear that startups have just begun to speak up.