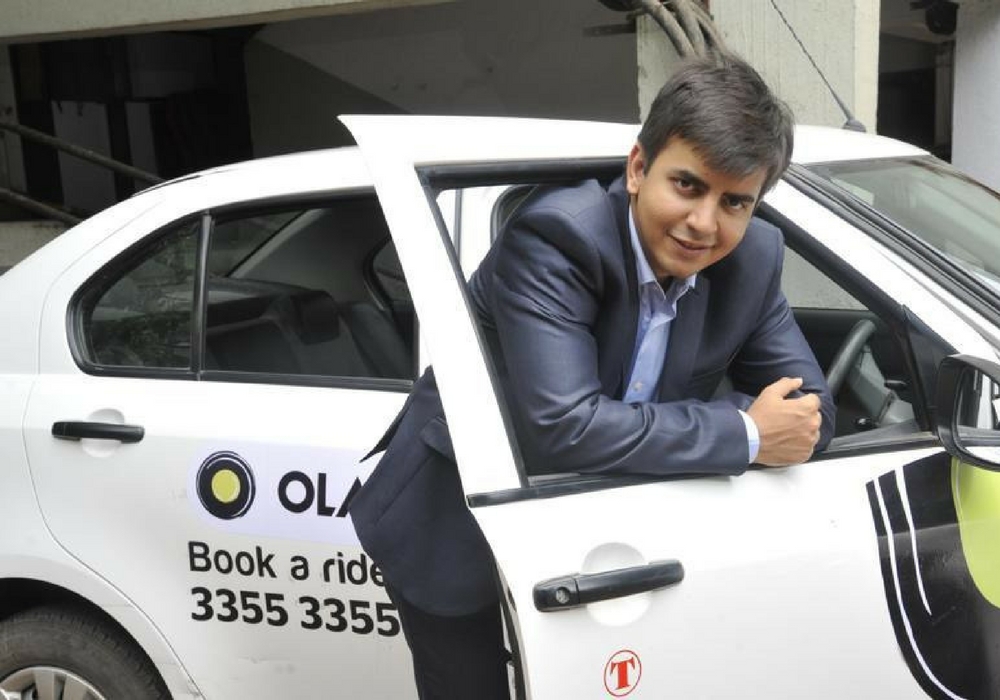 First came the devaluations due to fluctuating currency, then came the drivers’ strike. And now, a designer in Bengaluru is claiming image copyright infringement of a line art image of Vidhana Soudha by cab aggregator Ola for a citywide billboard campaign promoting Ola Auto.

Ramakrishna V is a graphic designer who has worked with Housing and Zoho in a creative capacity. According to him, the company used his image of Vidhana Soudha, a prominent landmark in Bengaluru, that he had posted at Dribbble.com for commercial purposes, without his express permission.

Ramakrishna expressed his outrage at the company’s actions by tweeting about it. 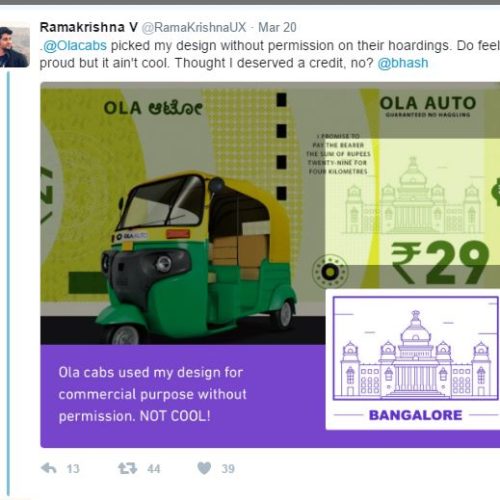 .@Olacabs picked my design without permission on their hoardings. Do feel proud but it ain’t cool. Thought I deserved a credit, no? @bhash pic.twitter.com/NxMKXh5a1s

His tweet was directed at both the company’s handle as well as co-founder Bhavish Agarwal wherein he says: ‘Do feel proud, but it ain’t cool. Thought I deserved a credit.’ The picture accompanying the tweet also compares the original image of Vidhana Soudha with the one used by Ola.

The next tweet provides a screenshot of the Creative Commons License violation.

.@Olacabs @bhash Here is the link to source: https://t.co/IDgmw0oADU pic.twitter.com/NKFdhOmEep 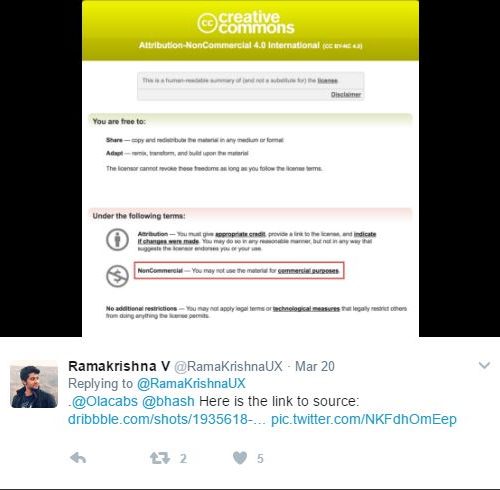 An email sent to Ola regarding the alleged violation has been met with no response at the time of publication.

Ola has not had an easy time in 2017. Ola-Uber drivers’ associations in the cities of Delhi, Bengaluru, and Chennai have gone on strike in recent weeks. While the government intervened in Delhi after 13 days in February 2017 and the strike was called off, the situation in Bengaluru took a turn for the worse when a few drivers broke into the Uber office and the Police had to intervene in the end. To strike a further blow, drivers in Delhi banded together and launched a new service called SEWA for the commuters to compete with existing aggregators Ola and Uber, just last week.

As per email communication received from the creative agency associated with Ola, the matter of copyright infringement has been amicably resolved between the designer and the agency which had made the hoardings in the first place. In a letter signed by the designer, it is iterated that ‘Ola was in no way responsible’ for the snafu. And that the designer has been adequately compensated for his efforts.

To bring closure to the matter on social media, a tweet from Ramakrishna also confirmed the same.

UPDATE: Ola’s Creative agency compensated me for the license issue of my artwork. Thanks a lot for the support guys! @Olacabs #designers pic.twitter.com/SoijVf192R

He says: “Ola’s creative agency compensated me for the license issue of my artwork,” tagging the official handle of the company too. 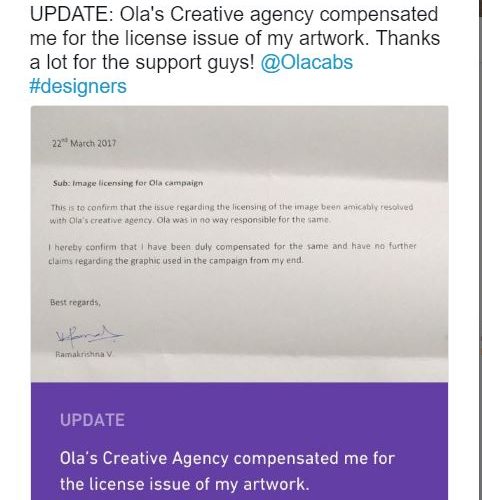