Netflix Launches In India With Plans Starting From INR 500

Netflix Launches In India With Plans Starting From INR 500 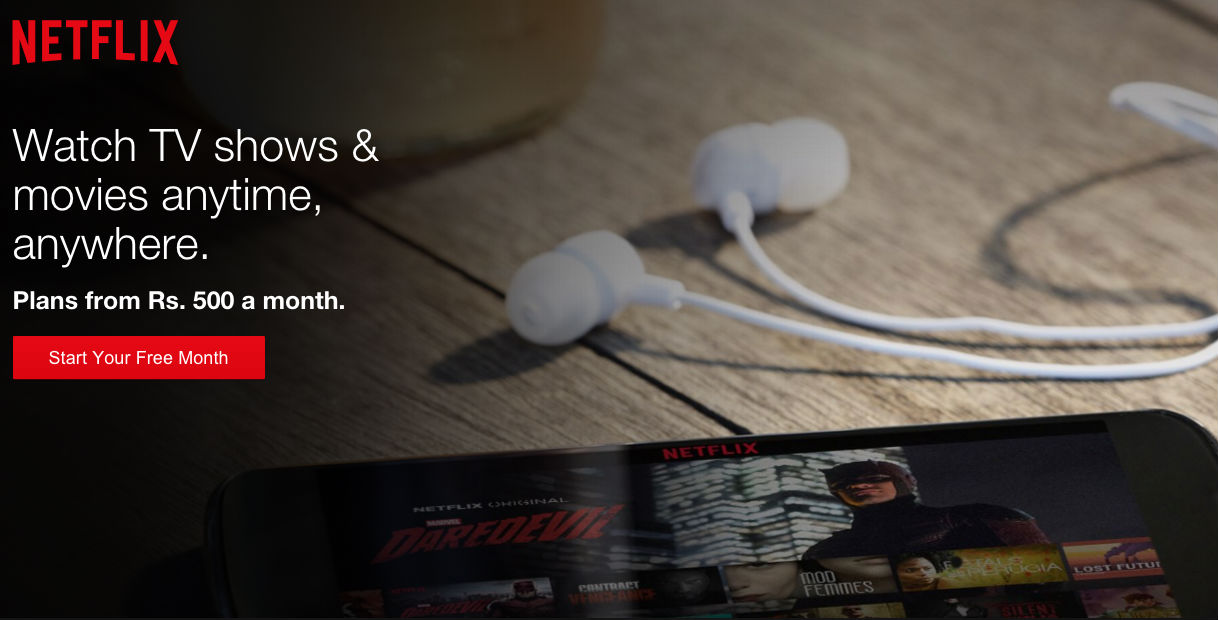 Netflix will be offering three plans, which includes – Basic, Standard and Premium, priced at INR 500, INR 650 and INR 800 per month respectively.

The company made the announcement and the service went live in over 130 new countries during a keynote by Co-founder and Chief Executive Reed Hastings at CES 2016 today.

“Today you are witnessing the birth of a new global Internet TV network,” said Hastings. “With this launch, consumers around the world — from Singapore to St. Petersburg, from San Francisco to Sao Paulo — will be able to enjoy TV shows and movies simultaneously — no more waiting. With the help of the Internet, we are putting power in consumers’ hands to watch whenever, wherever and on whatever device.”

For one month price, members around the world will be able to get access to Netflix original series including Marvel’s Daredevil and Marvel’s Jessica Jones, Narcos, Sense8, Grace and Frankie, and Marco Polo, as well as a catalog of licensed TV shows and movies. In 2016, the company plans to release 31 new and returning original series, two dozen original feature films and documentaries, a wide range of stand-up comedy specials and 30 original kids series — available at the same time to members everywhere.

With this, the company has also added Arabic, Korean, Simplified and Traditional Chinese to the 17 languages it already supports

Since Netflix launched its streaming service in 2007, the service has expanded globally, first to Canada, then to Latin America, Europe, Australia, New Zealand and Japan to include 60 countries. It has over 70 Mn members in over 190 countries.

In India, Netflix will compete with Hooq, Hotstar, Ogle, Big Flix, Ditto TV and Spuul among others.