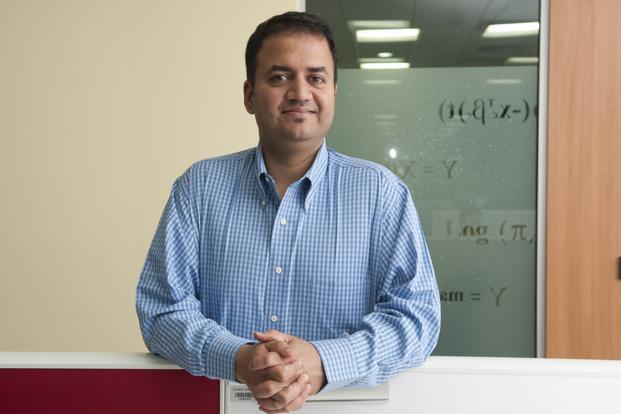 Data analytics company Mu Sigma and its founder, Dhiraj Rajaram, have been accused in a lawsuit of  “grossly misleading” its investors, in order to buy back their shares at a lower price, reported Bloomberg.

In the allegations filed by Aon Corp. founder, Patrick G. Ryan claims to be duped of huge sums of money when Mu Sigma Inc. downplayed its growth prospects in a bid to buy back Ryan’s investment company’s (Walworth Investments LLC), early stake in Mu Sigma.

In the lawsuit, Mu Sigma and its founder are accused of “grossly misleading” the investors six years ago, to redeem 17.5% ownership of the data-analytics outsourcing startup.

The allegations are that founder, Dhiraj Rajaram, deliberately portrayed dim prospects of growth and performance, at a time when Mu Sigma was actually thriving. This was alleged to be done “to buy-out a significant shareholder at an artificially low price,” according to the complaint made public on Wednesday in Chicago state court.

Walworth said that it ventured $1.5 Mn in 2006 in Mu Sigma, when it was new and desperate for capital. Later in 2010, the Ryan family agreed to accept $9.3 Mn from the IT firm to buy back the private shares.

According to the complaint, this deal was reached after Rajaram put “deceitful” pressure on Ryan’s son, Patrick Ryan Jr., telling him that Mu Sigma had limited growth potential as it was on the verge of losing its biggest clients.

Walworth alleged that with the support a decade ago from Ryan, who is a part owner of the Chicago Bears professional football team, Mu Sigma was able to line up other backers including Microsoft Corp., Wal-Mart Stores Inc. and Dell Inc.

Walworth also alleged that the motivation to commit such deceitful actions sprang partly from Rajaram’s religious beliefs. “This perverse mindset — which turned traditional fiduciary duty principles on their head — had its roots in Rajaram’s devotion to the Hindu deity Shiva the Destroyer, whose core philosophy called for ‘destroying or selectively abandoning the past,”’ Walworth alleged in court papers. “Only in hindsight did it become clear that Rajaram’s true objective was to gain back the ownership that he had been forced to share, and that, far from tapering off, Mu Sigma was growing geometrically.”

Walworth is demanding a judge to order Mu Sigma to return the 7.76 Mn shares from the 2010 buyback or to pay damages equal to their relative value including interest.

However, Chicago-based Mu Sigma, replied to the allegations in a statement saying, “We are aware of the filing and believe the allegations to be without merit. We intend to vigorously defend the case but decline to comment any further.”

Prior to this, in February 2016, Dhiraj’s wife and former COO, Ambiga Dhiraj was appointed as the new CEO of Mu Sigma. This came amidst the news that Dhiraj will be relocating to the US, but will continue in a full-time capacity with the company and remain as chairman.

Earlier in 2013, Mu Sigma raised money from MasterCard in a deal that valued it more than $1 Bn. So far, it has received funding in risk-capital funding from General Atlantic, Sequoia Capital and Fidelity Investments, etc.